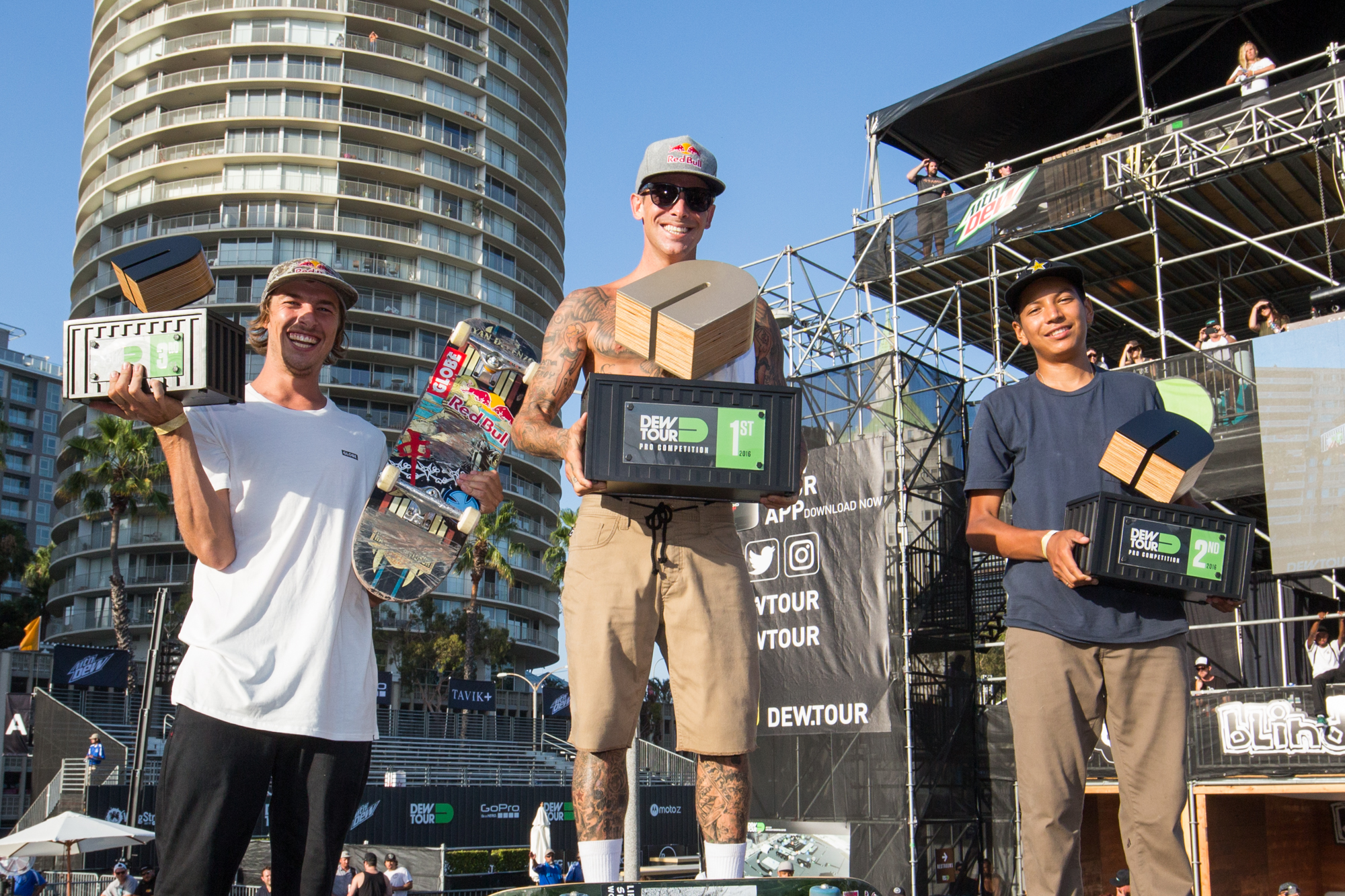 For the 15th time in his career, San Clemente’s Ryan Sheckler hoisted a first-place Dew Tour trophy following a spectacular performance in front of a large crowd in Long Beach on July 23.

Sheckler was competing in the event’s Pro Competition, which featured 18 of the best skaters in the world competing on four different courses: tech, bowl, rail and gap.

Sheckler, known for being one of the best street skaters in the world, held his own in the bowl and tech sections but boosted his score on the rails course. In the third heat of rails, Sheckler landed a Cab backslide and a backslide lipslide across the course’s longest rail for a high score.

Only six skaters piled up enough points to compete in the contest’s final section—the gap course. Sheckler, who entered the gap section with the lead, landed a big backslide flip to seal the win.

“I love Long Beach. I love all the fans that came out. I’m so stoked,” Sheckler said following his win. “The whole vibe of the contest is so different than other competitions. It’s so relaxed, so laid back. I put in a lot of hard work, but just tried my best to stay focused.”

Sheckler also competed for Plan B in the Dew Tour’s new Team Challenge contest, which took place on July 24. The Team Challenge consisted of nine skateboard companies fielding teams to determine an overall champion. Each team sent a representative into one of the course’s four sections to try and rack up as many points as possible. Sheckler and Plan B placed third in the Team Challenge behind bLind (first place) and FL!P (second place).

San Clemente’s Greyson Fletcher also competed throughout the weekend. Fletcher was a member of the Element team during the Team Challenge, along with San Juan Capistrano’s Nyjah Huston. The Element squad placed fourth.