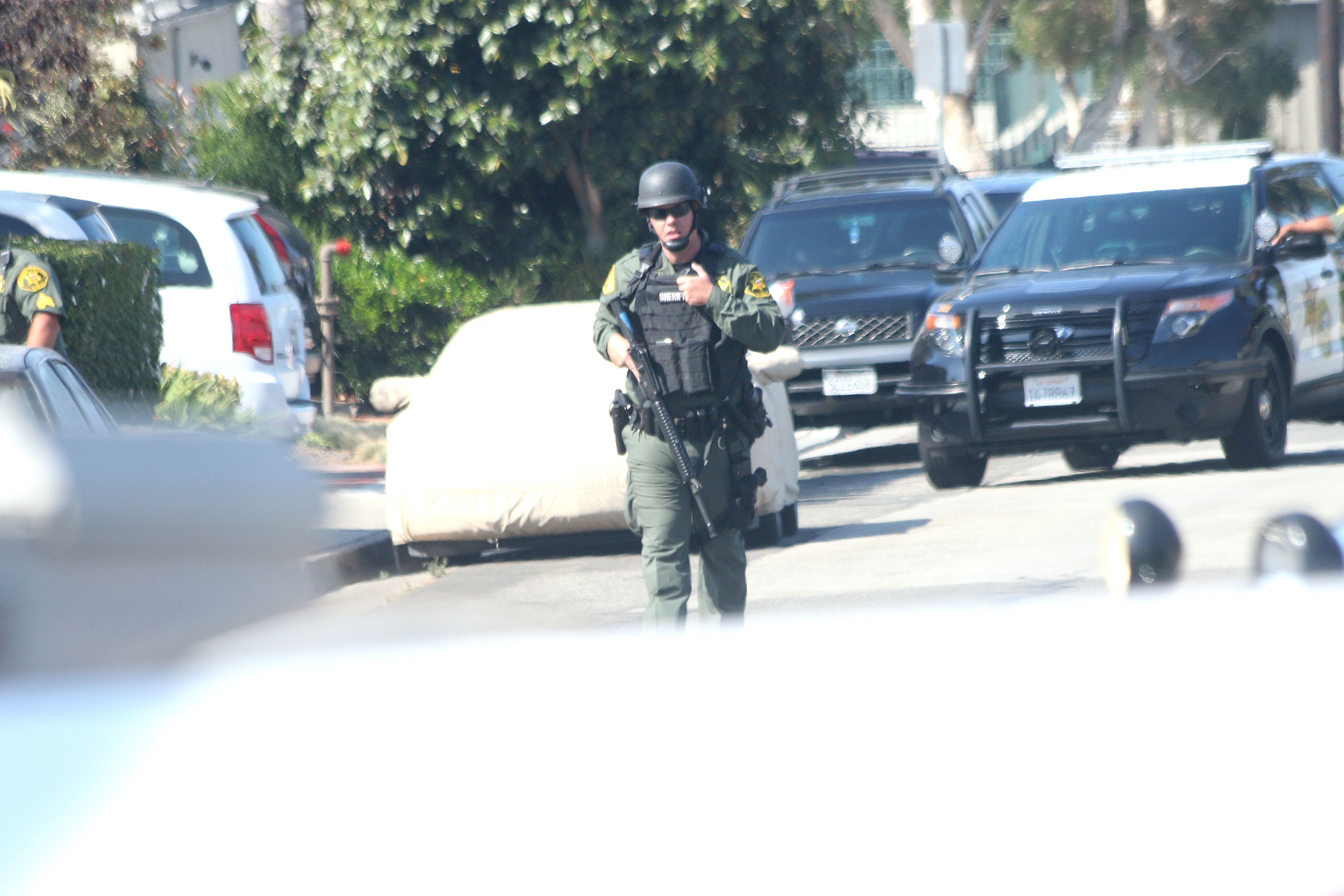 Orange County Sheriff’s Department officials said a known gang member to the San Clemente area was seen shooting at a white pickup truck  while another man was driving around 9 a.m.Friday, Aug. 12, near the Rite Aid at 801 N. El Camino Real.

The victim, believed to be the owner of the truck, was not injured and neither was the suspect.

Heriberto, a.k.a. Victor, Velasquez, 23, is in custody with OCSD, as sheriffs conduct the investigation, said Lt. Dan Dwyer.

After shooting at the vehicle, Velasquez reportedly ran into the 100 block area of West Escalones and West Canada. Residents said they saw him jump fences and enter their backyards. OCSD set up a perimeter in the area, and Velasquez was apprehended some time later in a storage shed behind one of the residences on the 100 block of Escalones, Dwyer said.

The reason or motivation for the alleged shooting is unclear at this time. Dwyer said Sheriff’s deputies found bullet casings in the area of the shooting. A handgun was found in the area where the suspect fled.

Velasquez is believed to have lived in the San Clemente area at one time and continues to frequent the city.

Officers with OCSD in San Clemente, U.S. Border Patrol and other entities responded to the situation.