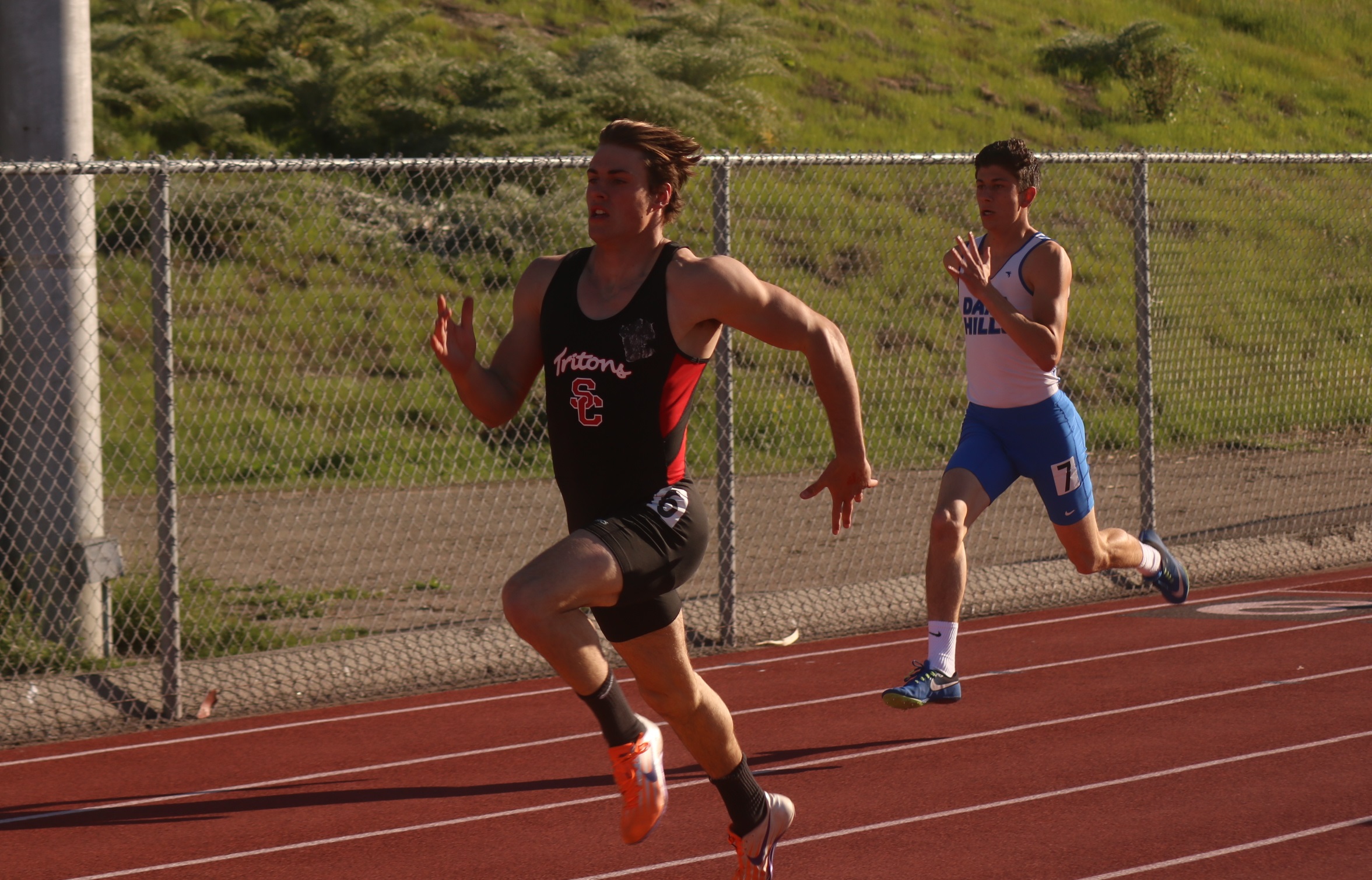 San Clemente senior Jack Shippy has a lot going for him.

He’s going to the University of California-Davis in the fall for football on a full scholarship. He was a state champion with the Triton football team in 2016. On top of that, he’s got a burgeoning career as a model with a recent shoot for GQ Style.

The only thing missing for Shippy is some major track and field hardware.

He has another opportunity to earn some with the Orange County Championships on Saturday, April 14 at Mission Viejo High School.

“Being a senior, I’d love to finish on a high note, especially with OC Champs,” Shippy said. “It’s been a focus of mine. I never strive to ‘at least’ get on something. I want to be the best at what I do, but if I was going to say, (my goal) is to at least get on the podium.”

Shippy just missed out on a medal at last year’s event with a fourth-place finish in the 100 meters at 11.14 seconds. He grabbed three third-place finishes at the South Coast League finals in the 100, 200 and long jump, but Shippy still strives for more.

“(Last year at OC Championships) was obviously not the best feeling,” Shippy said. “I’m not used to coming up short on things. Definitely put in a lot of training over the offseason. The feeling I had last year wasn’t good, but definitely pushed me to be better this year.”

Shippy’s training is obvious as the senior has focused on building up fast-twitch muscles and putting on muscle weight for his UC Davis football commitments. Shippy’s numbers aren’t fading, but his sprint times and jump distances haven’t been where they could be as he has tried to balance all of his various responsibilities.

“He’s physically more mature,” San Clemente coach Dan Johnson said. “It’s been unfortunate that he’s had a lot of things pulling him in different directions this year. They are legitimate things pulling him. He’s got a really healthy modeling career going. It’s frustrating as a coach, but if I was 18 years old and had someone throwing that kind of money at me, I’d probably be doing the same thing. It’s hard to blame him.”

With the natural ability that Shippy has, technique and nuance are the name of the game for reaching those upper levels. With the right amount of work, it could all click in at any time, including Saturday with a shot at the podium.