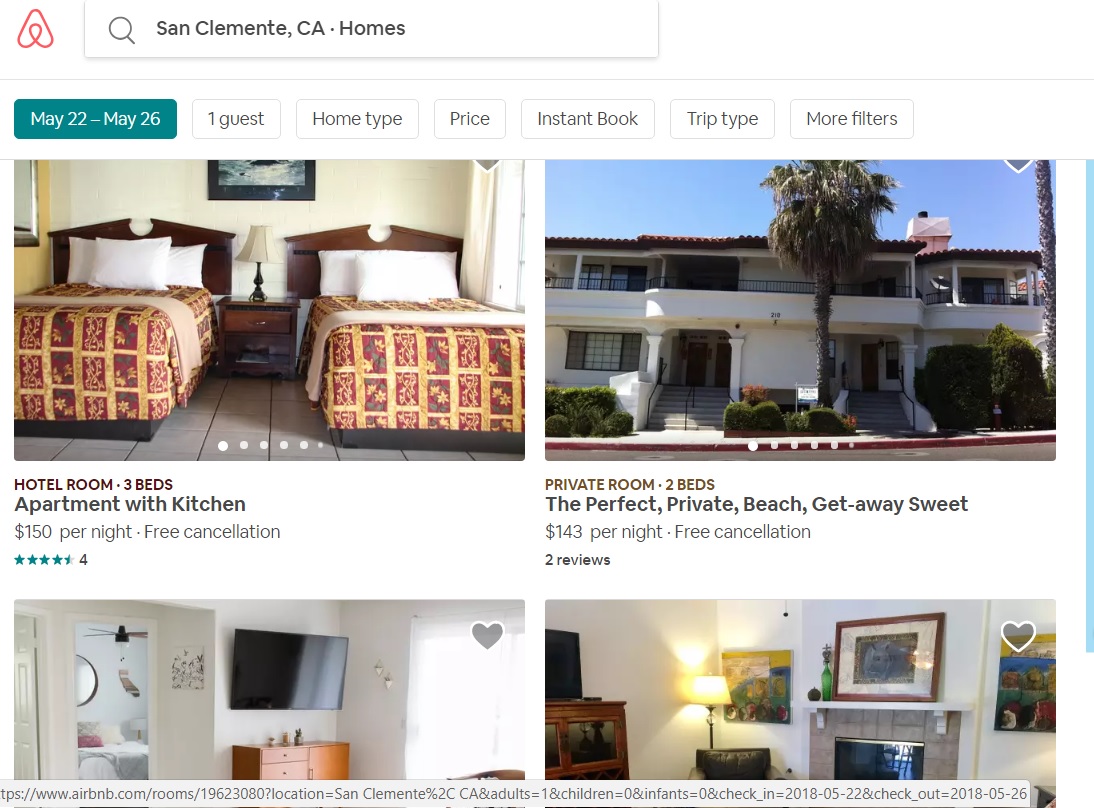 Following a special meeting on May 9 conducted by City Council on the issue of short-term lodging units (STLU) and short-term apartment rentals (STAR), representatives passed an amended ordinance on Tuesday, May 15.

The amendments stem from a lawsuit against the city of San Clemente by the Vacation Rental Alliance.

The changes include implementing a 300-foot buffer between each STLU and STAR, but also creating areas in North Beach, the Pier Bowl, an area around Avenidas Montalvo and Lobiero, portions along S. El Camino Real and the downtown area.

No changes were made to parking requirements; STLU and STAR owners will have to use the parking that’s already available to them.

The argument for the last two years from proponents of STLUs is that the city should only punish people who cause distress for their neighbors, and some said that this was a primary mean of income for either retirement or savings.

Some of the proponents who had operated STLUs in the past fell outside the city’s newly created areas where they’re allowed.

Opponents have criticized STLUs as out-of-place, saying such operations belong in business districts, where people vacationing won’t disturb residents in their own neighborhoods.

There are some areas in the ordinance that would be given an eight-year grace period to operate. After that, they would have to cease operations.

The city is now collecting hotel nightly taxes on the businesses just as it does with its established lodging businesses. Short-term renting is defined by the city as living in a location for 29 days or fewer.