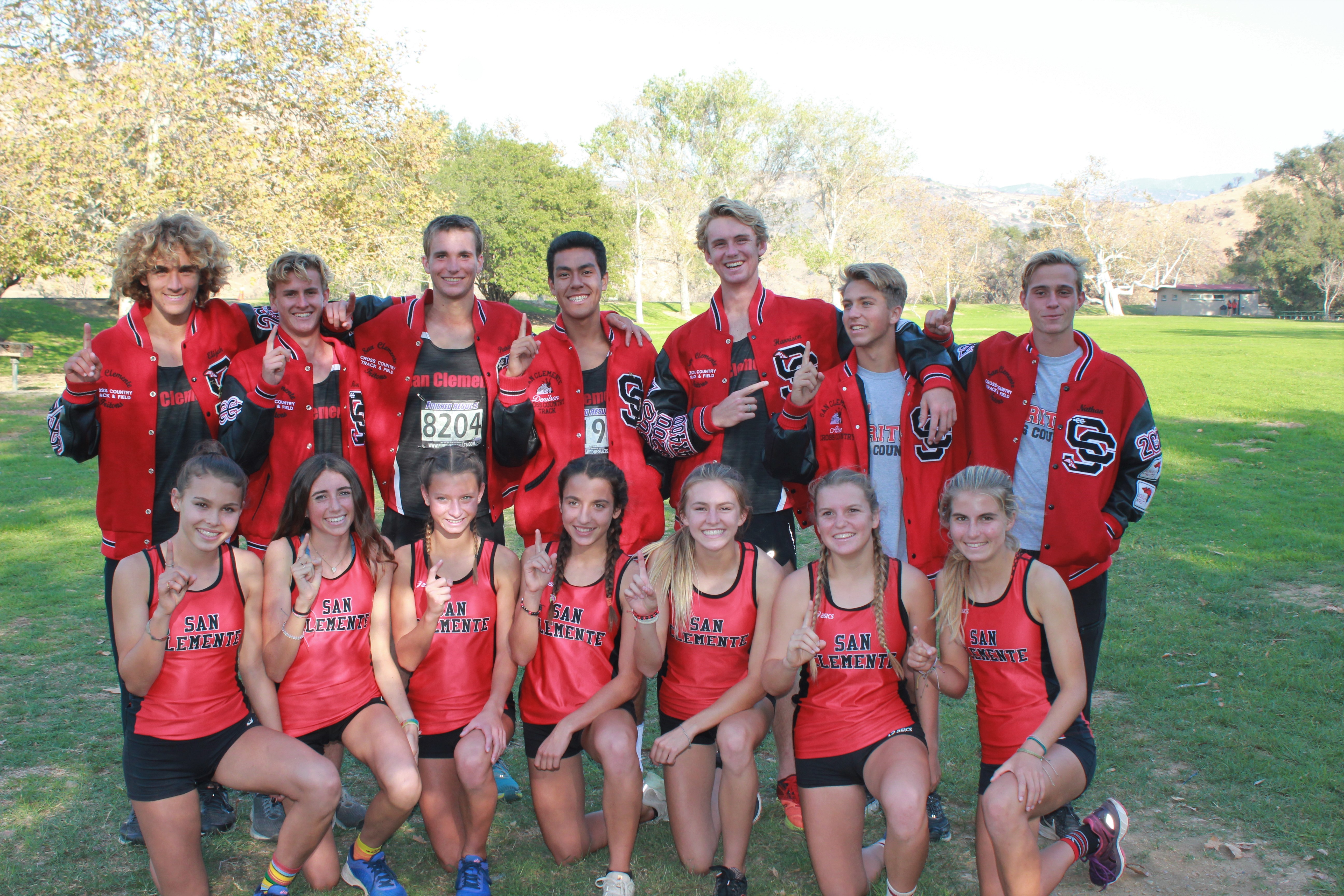 Side by Side: San Clemente Cross Country Teams Both Advance to CIF-SS Finals

For the first time in quite some time, both the boys and girls San Clemente cross country teams are in lockstep with each other through the postseason.

The Tritons swept the Sea View League titles on Oct. 30 and advanced both sides through to the CIF-SS Finals with strong performances at the Division 1 preliminaries on Saturday, Nov. 10 at the Riverside Cross Country Course.

The girls advanced to their 11th consecutive CIF-SS Finals, but it wasn’t easy.

In Division 1, teams must finish in the top eight in one of the three heats to qualify for the final 24-team field. The San Clemente girls team got in just under the wire in seventh place, 13 points ahead of eighth and 30 points ahead of ninth.

Junior Hana Catsimanes again paced the Tritons with a third-place finish in the heat with a time of 17:23, the fourth-best time in Division 1 overall in the prelims. The time was a full 1:12 lower than Catsimanes’ mark from last year’s prelims and 1:33 faster than last year’s Finals time.

Sophomore Ella Williamson was the second Triton to finish in 47th at 19:12 with junior Belle Sachse in 51st at 19:17. With Catsimanes’ strong day, San Clemente had a 2:03 gap overall but only a 15-second gap between their second and fifth runners.

The boys made it back to the Finals for the first time in a while with a much more snug finish in their heat.

The Tritons were tucked away solidly in fifth place in their heat and only 35 seconds in team time away from perennial South Coast League power Dana Hills. San Clemente finished 12th overall.

Senior Elijah Sech led the boys’ efforts with an 18th-place finish at 15:32. It was his third-best, 3-mile finish this season and a 39-second improvement on his time from last season’s CIF-SS prelims. It was quite the improvement in placing as well after finishing in 77th last season.

Senior Patrick Riley was the second Triton to cross the finish line in 30th at a time of 15:40, and junior Caleb Mettler right behind in 32nd at 15:41. Senior Denilson Lopez-Guerrero finished in 37th at 15:43, and sophomore Bodey Horspool rounded out the five-man effort in 41st at 15:47.

San Clemente posted the best five-man gap in their heat with only 15 seconds of separation. The gap was also the fourth best overall.

The CIF-SS Finals run on Saturday, Nov. 17 again at the Riverside Cross Country Course. The top seven teams will advance to the State Championships on Nov. 24 at Woodward Park in Fresno.