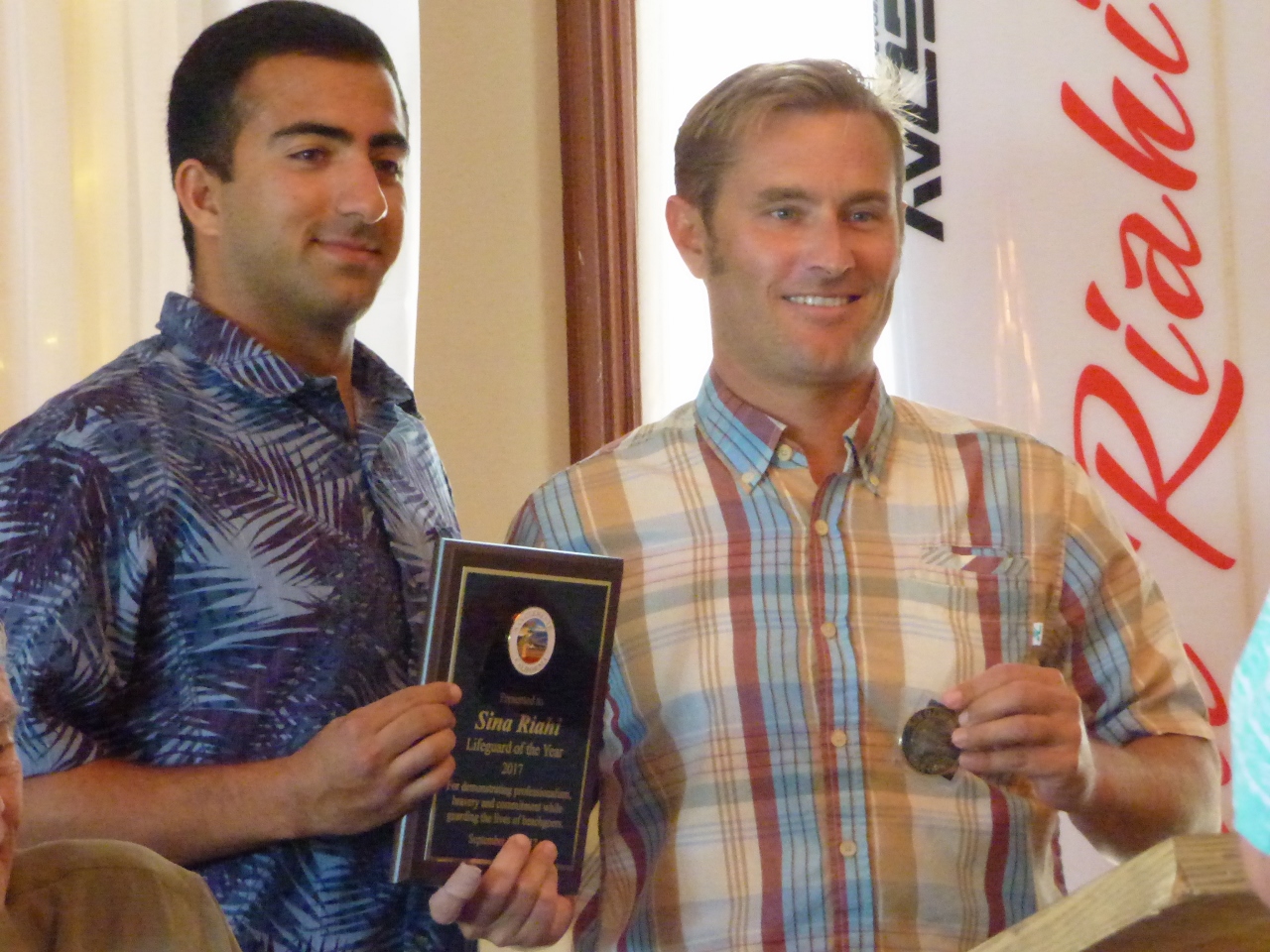 On Thursday, Sept. 28, the San Clemente Exchange Club honored San Clemente Lifeguard Sina Riahi, awarding him with the 2017 Lifeguard of the Year award, according to a press release from the city of San Clemente.

Riahi has been a lifeguard with the city since the spring of 2013 and completed his fifth consecutive summer with the city this year.

“Sina graduated from San Francisco State University with a Bachelors of Science in Business Management, and graduated from the City College of San Francisco’s Firefighter 1 Academy, both in spring of 2017,” the release stated. “He serves on FEMA’s disaster response team and works as an Emergency Medical Technician in San Francisco during the off season. He grew up in Mission Viejo and is the inaugural recipient of the Ben Carlson Scholarship, and the recipient of San Francisco State University’s President’s Scholarship. Riahi also served as a director on the Associated Students Inc. Board of Directors.”

“I would like to thank my mother for everything she went through while raising me and my twin brother,” Riahi said after receiving the award.