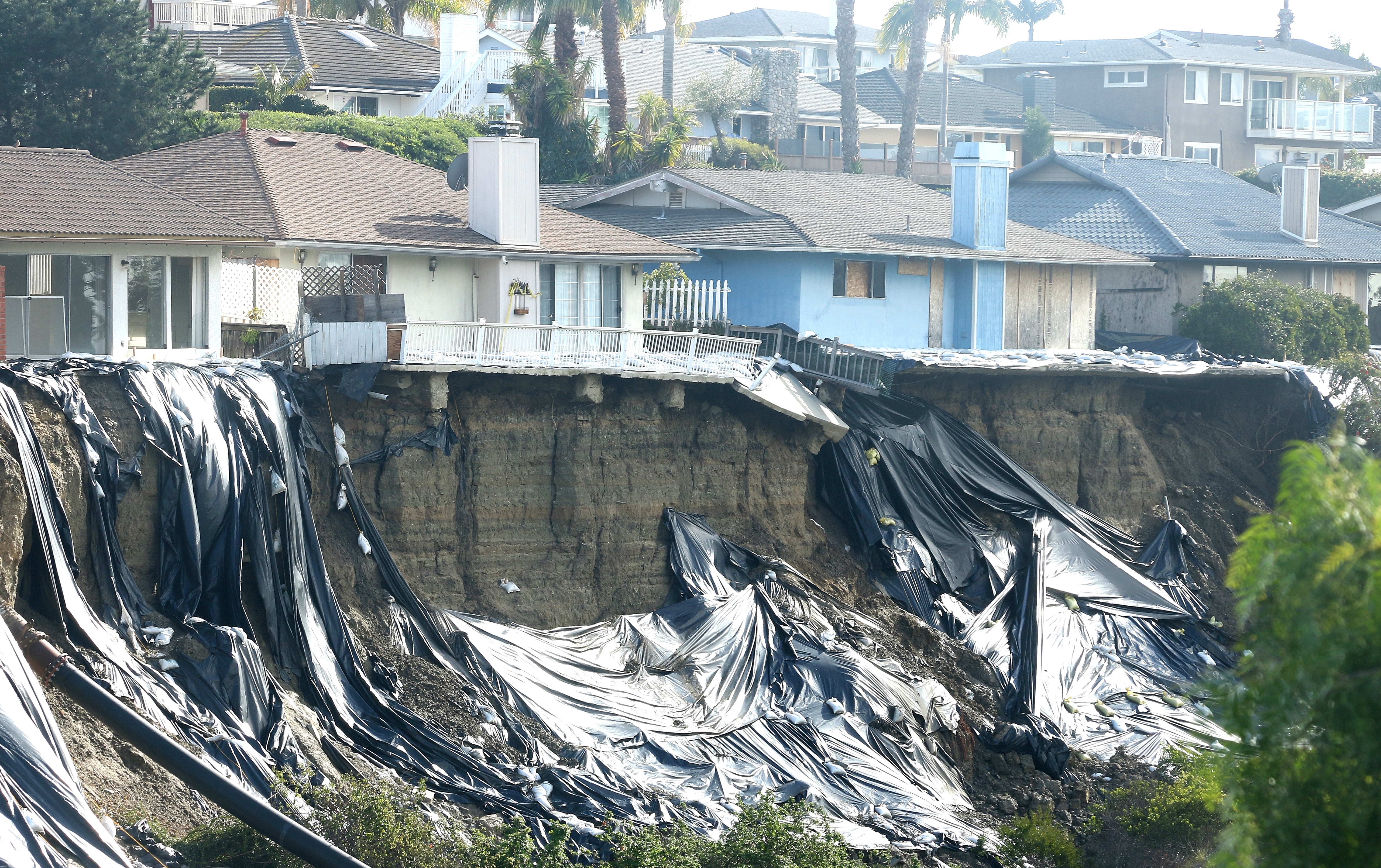 Six Years After Landslide: How the Bluffs at Via Ballena Have Changed

It’s been six years, one month and one day since a major landslide took place, Jan. 6, 2011, on the bluffs that harbor several homes on Via Ballena in the Shorecliffs area.

At least six homes were red-tagged and have been marked as unsafe for living since that time. Last year, a lawsuit that was filed in 2011 was settled for $10.8 million to repair storm drainage systems that caved under the pressure of cumulative rainfall, causing portions of the bluff to give way underneath the foundations of the homes.

While lawyers for the homeowners beseech city officials to begin emergency repairs to the area, the city’s officials are trying to go through the process of getting the proper permits from various agencies to do such repair work.

It’s possible to see the extent of the damage the landslides did from the 5th tee box on Shorecliff’s Golf Club, but recent heavy rains have caused more concern for the parties involved, as the attorney for the homeowners, Serge Tomassian, said in a phone interview on Friday he believes the homes are losing ground at an alarming rate. Below is a comparative photo from Jan. 13, 2011 and Feb. 7, 2017. Drag the cursor on the right of the photo to toggle between the two photos.

Note: the two photos are not necessarily representative of change in scale or height; they only show the difference from Jan. 13, 2011 to Feb. 7, 2017.

The foundation of the white home in the center is more exposed than it was in 2011, and the balcony has started to fall off the edge of the bluff.

Living on the Edge: Shorecliffs Homes Fall Victim to Landslide