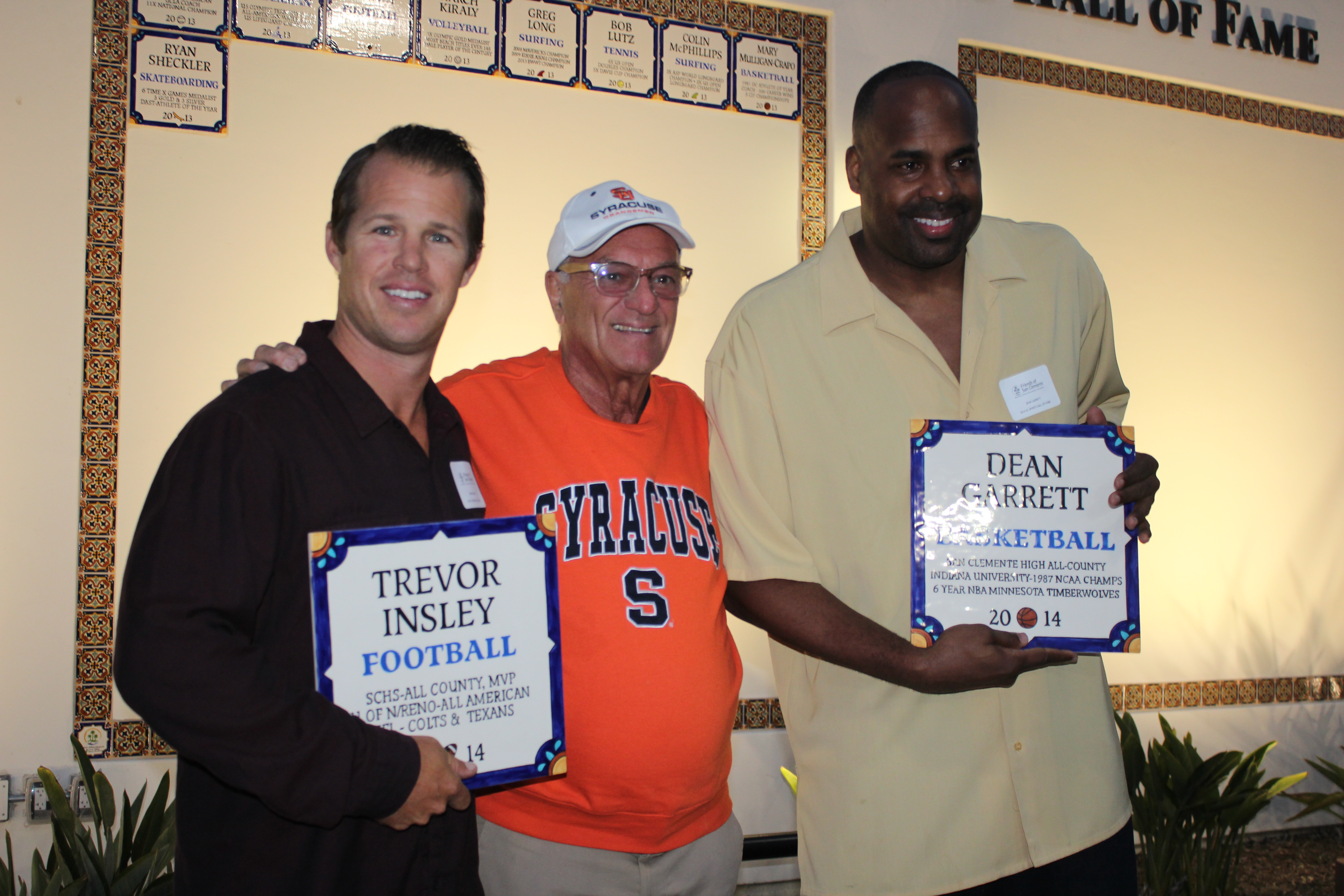 On May 17, the Friends of San Clemente Beaches, Parks & Recreation Foundation inducted Trevor Insley and Dean Garrett into the city’s Sports Hall of Fame.

Insley and Garrett’s names and accomplishments will now adorn a wall in the Vista Hermosa Aquatics Center, alongside  nine other members that were a part of last year’s inaugural class.

Insley was a standout football player for the Tritons at wide receiver. He attended the University of Nevada-Reno, where he set multiple NCAA Division 1 receiving records. He played in the NFL for the Indianapolis Colts and the Houston Texans. Insley also played overseas in NFL Europe with the Barcelona Dragons.

Garrett was an all-county basketball player for the Tritons and remains the only player in the program’s history to have his jersey number retired. Garrett attended San Francisco City College and later played for Indiana University, where he helped the Hoosiers win the 1987 NCAA Championship. Garrett played professional basketball in Europe and in the NBA, most notably in stints with the Minnesota Timberwolves.

Check back to www.sanclementetimes.com for a full re-cap of the 2014 San Clemente Sports Hall of Fame induction ceremony.