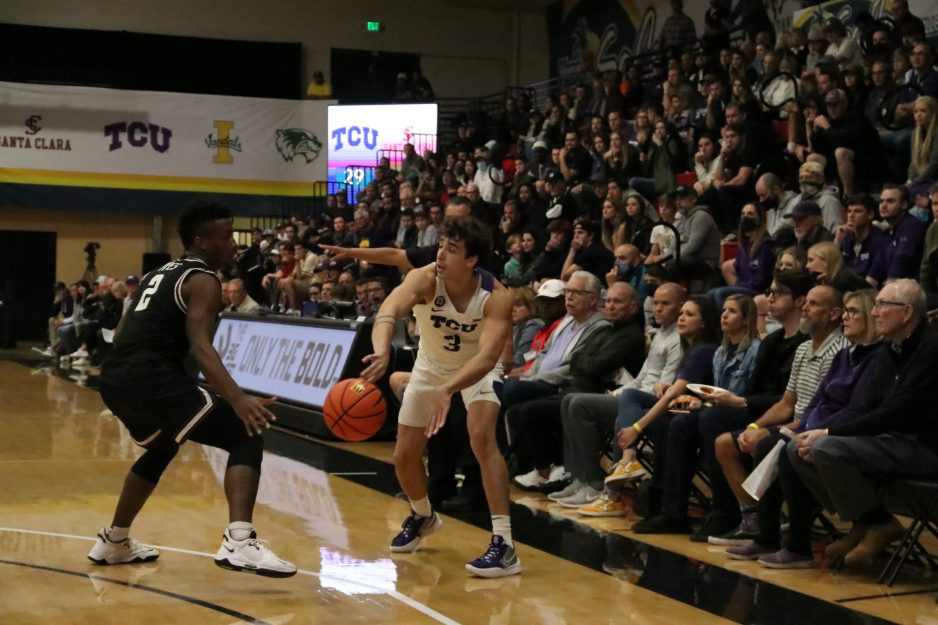 After a successful inaugural edition, the SoCal Challenge returns next week to bring NCAA Division 1 college basketball back to South Orange County.

Eight Division 1 teams will make their way to the Pavilion at JSerra Catholic High School in San Juan Capistrano for a two-day tournament on Monday, Nov. 21 and Wednesday, Nov. 23.

Steve Barnes, the co-founder and managing partner of the SoCal Challenge and a former college basketball coach of 35 years, is enthusiastic about the second running of this event.

The college basketball pre-conference-schedule tournament landscape can be crowded, but with the unique and intimate event put on last year that was nationally broadcast on CBS Sports Network, Barnes feels the roots are now there for the event to grow.

“We’re in the infant stages, and we know it takes a long time to get these things off the ground,” Barnes said. “It’s such a competitive field with other tournaments around, but we’re excited. We got positive feedback from the teams last year.”

Last year’s field gave basketball fans a close-up view of a field that included the No. 12 pick in this year’s NBA Draft by the Oklahoma City Thunder, Jalen Williams of Santa Clara, and recent Miami Heat call-up Orlando Robinson, who was named the SoCal Challenge MVP as his Fresno State team defeated Williams and Santa Clara for the Surf Division title.

This year’s Surf Division, which will play the evening slate of games on CBS Sports Network, features Minnesota out of the Big Ten Conference and UNLV from the Mountain West. Minnesota opens with Cal Baptist, and UNLV opens with Southern Illinois.

“Something I really wanted to do was get into the Big Ten, so getting Minnesota is a big deal for us,” Barnes said. “There’s a lot of alums out here, and then USC and UCLA moving into the Big Ten, we’re a Big Ten area now. Then, UNLV has a great name in the history of college basketball.”

The Sand Division, which will play the daytime games broadcast online by FloHoops, will be led by Cal State Northridge, the representative of the hosting Big West Conference, which opens with Tennessee State. Central Michigan and High Point complete the field.

Tickets for the daytime Sand Division and evening Surf Division sessions can be purchased online at socalchallenge.co.

“It’s great family day to take your kids out to see some college basketball, especially if they’re looking to play at that level,” Barnes said. “We hit on some really good teams. It’s just building.”

The SoCal Challenge has also partnered with host JSerra to put on a boys high school showcase with the SoCal Challenge High School Tip-Off, which will be played on Saturday, Nov. 19 with four games. St. John Bosco takes on Capital Christian to open the slate at 3 p.m., followed by Harvard-Westlake against Bakersfield Christian, St. Joseph against Liberty Magnet of Louisiana and JSerra against Torrey Pines in the nightcap at 8 p.m.

“We had an idea of a little bit of a basketball festival during that week,” Barnes said. “If we have some good high school players, we can get some college coaches to come watch them, and then we can get them to see what we’re doing for the college event. It’ll be the same gym, but a different kind of environment.”

It was a mutually beneficial arrangement between the SoCal Challenge and JSerra as a host venue. Barnes said both sides actually really enjoyed working together on the event.

“The people at JSerra are so first class, and so prideful of their place at the school,” Barnes said. “The main thing that was really interesting, our team and their team, there was such a camaraderie between the two groups. It was really just a fun group of people to be around.”

“For us, that’s what we’re trying to build is to get to know more people in the community. It takes time and return visits. We’re just building.”

Barnes continues to see an even bigger and brighter future for the SoCal Challenge as the foundations continue to be laid for all of the college basketball world to see.