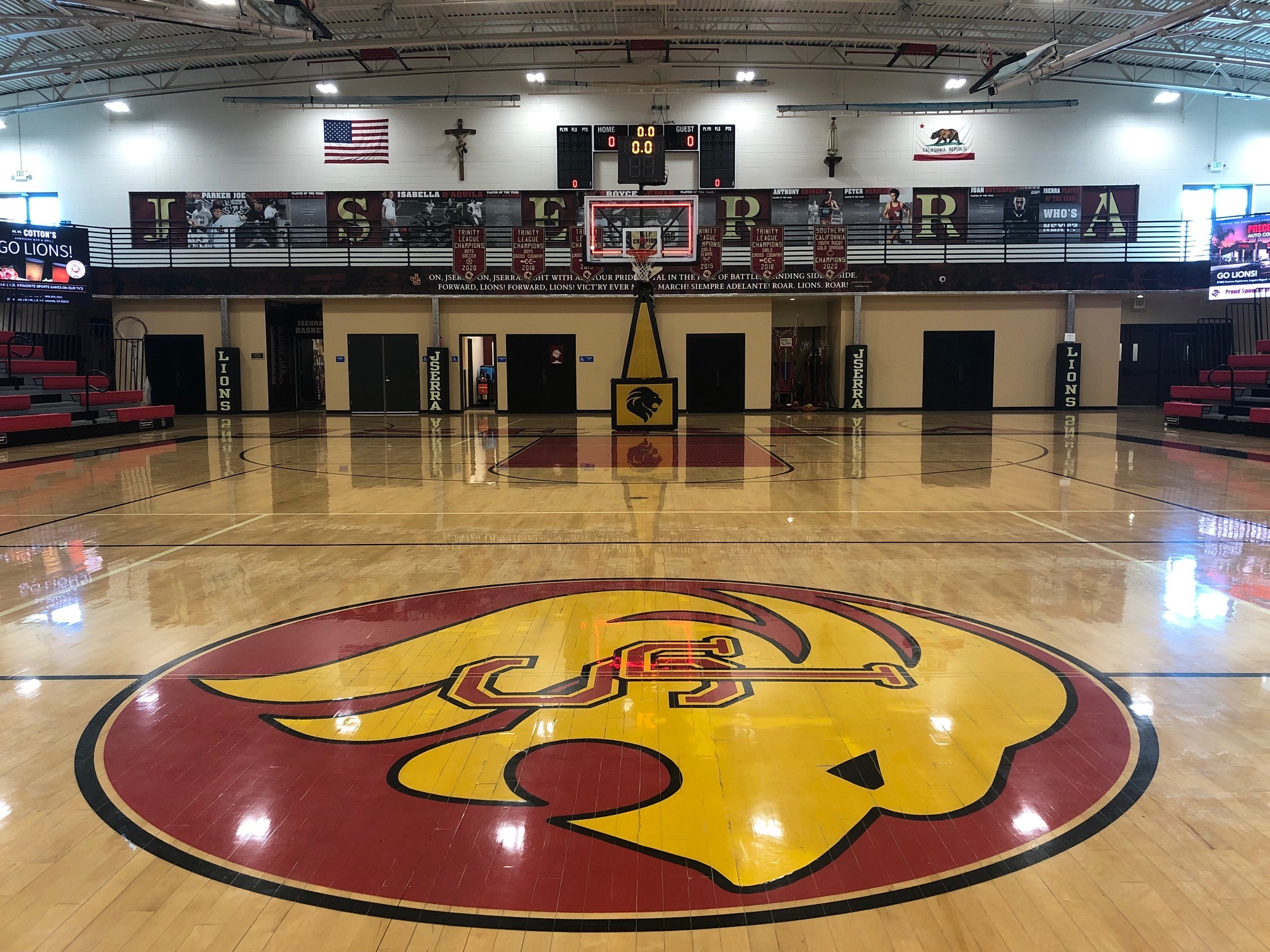 No, Saddleback College isn’t moving up from the junior college ranks, and, no, it’s not just some camp or skills combine or a recruiting trip. A legitimate big-time, televised, early-season men’s college basketball event will take place right here in one month’s time.

The SoCal Challenge, which will feature TCU of the Big 12, Fresno State of the Mountain West Conference and Pepperdine and Santa Clara of the West Coast Conference, among others, will tip off on Nov. 22 and Nov. 24 at the Pavilion at JSerra Catholic High School.

All-Session ticket packs for all eight of the event’s games start at $81, with each day’s session passes starting at $13.50 for the morning and $27 for the evening. Ticket information and much more can be found at socalchallenge.co.

But where did this start? How is a major college basketball event going to be contested at a high school in San Juan Capistrano?

The stages leading up to this event begin with brains of Steve Barnes and partner Joe Lewis.

Barnes coached college basketball for 35 years with stints at Saddleback, Cal Poly SLO, Idaho, Utah State and Colorado State. Barnes actually began his coaching career at Capistrano Valley Christian, and after leaving Colorado State three years ago, he returned to the area where he purchased his parent’s home.

Barnes had been prompted by connections with the Bahamas Basketball Federation about putting on one of these early-season college basketball events himself. The Federation already hosted the Battle of Atlantis tournament, and Barnes was encouraged to try his hand at that sort of event in the country.

However, the road was rough. The tournament landscape had become quite crowded, and there was a lack of other facilities in the Bahamas. Barnes had searched through Puerto Rico as well, but he was a one-man show. It would’ve been difficult to jump through all the hoops from back home in California.

While on the bike path here, the kernel of the idea for the SoCal Challenge hit Barnes.

“I think, ‘Wait a minute, why don’t I do it at JSerra?’ ” Barnes said. “It’s the perfect size. I know it’s a college court. It’s awesome. And you’ve got five-star hotels, and the weather is good. Why don’t we do it here?”

For anyone that questions the idea of holding the tournament in a high school gym, that’s a disservice to the facilities at JSerra, and a lack of understanding how these early-season destination college basketball events work.

The event most referenced by the SoCal Challenge crew and those at the event’s walk-around tour at JSerra on Wednesday, Oct. 20, was the Maui Invitational. The Maui event has grown into a premier destination for college basketball’s top teams and one of the prime early-season events for ESPN.

“We can get bleachers in here (behind the baskets) for 2,300-2,500 (people), and that’s what the Maui Invitational is,” Barnes said, “and their gym is a rec center that doesn’t use the air conditioning but one time a year. They’ve got gravel parking lots. Everything they have, we have, but better.”

JSerra has the seating capacity and the ability to add more, as well as locker room facilities, high-quality videoboards and the technical capacity to host a televised and broadcasted event.

“It is perfectly outfitted for a big-time college basketball tournament,” Lewis said. “It is somewhere between the fieldhouse at Duke and any other iconic small venue in NCAA basketball. I think of Gonzaga, I think of the Maui Invitational. This is a venue when you get a few thousand people in here, it’s going to be rockin’.”

While Barnes brings the basketball experience, Lewis has brought the logistics and big-event experience. Lewis’ company has produced everything from NBA All-Star Games to Academy Awards pre- and post-shows, as well as the Pac-12 football championships and the production and branding at the NCAA Final Four.

“We really like what we do and understand the gray area between live on-air broadcast, and on-premises consumer-facing events we feel like as good as anyone,” Lewis said.

Barnes credits linking up with Lewis as what took this event from small picture to big picture.

“We’re able to do things that the bigger places that have been doing this for a long time and have the ESPN money and have this and that, they are able to do it,” Barnes said. “We went from way down here to boom, being able to compete.”

Barnes also stuck through the troubles of the pandemic to keep this idea afloat. Barnes had four teams set for a 2020 version of the event that was unable to happen, but the event grew to eight teams for 2021. Without a single ball being bounced, Barnes and Lewis have also generated interest from other high-profile Division 1 programs for future versions of the event.

Barnes and Lewis have plans to grow the event beyond basketball. There is a SoCal Challenge beach volleyball tournament featuring top college teams in Manhattan Beach on Nov. 13-14. The long-term goal is to bring that tournament down to South Orange County as well, and grow the SoCal Challenge into a true sports festival.

Barnes also has the bigger goal of serving this South Orange County community with this event. Barnes teamed up with Rachel O’Neill-Cusey from Visit Dana Point, which is a sponsor of the event and helped with the hotel accommodations for the teams and event staff at the Laguna Cliffs Marriott Resort & Spa and the DoubleTree at Doheny State Beach. Barnes also has earned support from the Chambers of Commerce in San Juan Capistrano, Dana Point, San Clemente, Irvine and Mission Viejo.

Ultimately, beyond basketball fans and fans of the teams involved, Barnes and all those involved at JSerra see this as a great family event to see games in a great atmosphere and catch major college basketball up close in your own neighborhood.

It’s that atmosphere and intimate environment at the JSerra Pavilion that many involved believe gives the SoCal Challenge the chance to be a big success.