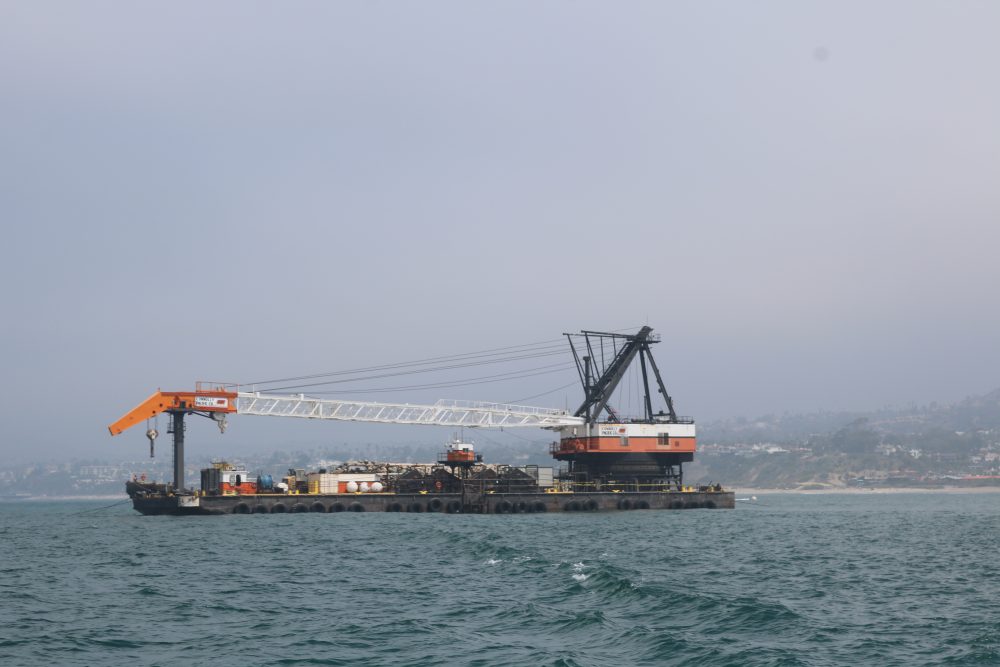 The project to more than double the size of Wheeler North Reef, Southern California Edison’s man-made kelp forest off the coast of San Clemente, concluded this week, as the last rocks were placed into the waters just north of the pier.

The reef, now encompassing 376 acres, stretches from Seal Rock, past San Clemente’s shores and into Dana Point’s waters. The two-year project added more than 200 acres to the artificial reef, according to Edison.

“The project closed with 202 acres of reef and 150,900 tons of rock placed. All work was completed without safety incident, on budget and ahead of schedule,” Jenny McGee, SCE project manager, said in a press release. “This is a tremendous achievement, and I am so proud of the teamwork that pulled this project to close with success.”

Mandated by the California Coastal Commission (CCC) in the 1990s, the reef is intended to facilitate kelp forests that were lost to warm-water discharge from Edison’s San Onofre Nuclear Generating Station (SONGS).

According to Edison, while the reef was doing well, “it wasn’t large enough to attract sufficient numbers of fish,” prompting the need to expand the reef. By expanding the reef, Edison is looking to meet the CCC’s target of attracting 28 tons of fish per year.

“The rocks provide an anchor for the kelp to bond to and grow, sometimes up to 2 feet per day,” Edison said in the release. “The reef attracts sea life, including several types of fish such as sheepshead, bass and black seabass. Lobsters and urchins also live there.”

The project started in July 2019 before being placed on pause in October—the start of lobster season. Construction to complete the work resumed in early June, as Edison had another 58,000 tons of rock that needed to be placed in the area between north of the San Clemente Pier and just south of Dana Point Harbor.

An independent scientific research team will monitor the reef for kelp growth and marine life, and it will also be measured against performance standards, according to Edison.

“Once performance requirements are met, the reef will continue to support biological diversity in the local ocean environment for decades to come,” Edison said in the release.