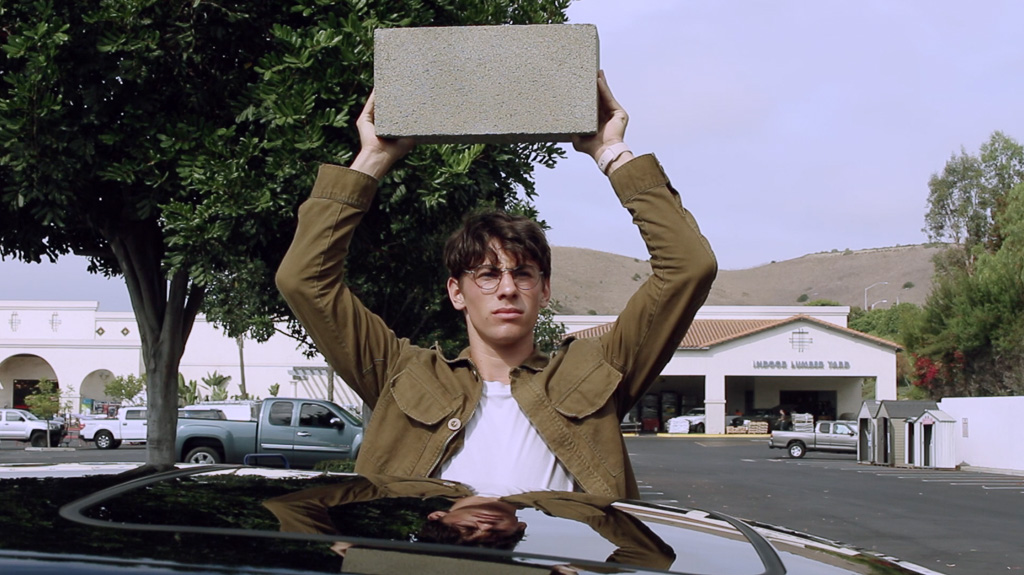 Kelly Marie Tran, the actor who played Rose Tico in Star Wars: The Last Jedi, deleted all the content on her Instagram on June 3 after receiving incessant bullying and racist comments on the social media platform.

Tran’s page is currently blank except for her bio, which reads “Afraid, but doing it anyway,” and there’s an emoji of a lion.

She’s not the only one who’s taken heat for the latest installment in one of the most popular movie franchises in history. Rian Johnson, director of The Last Jedi, says he has had death threats sent to him.

Some Star Wars fans are notoriously loyal to the integrity of the original story and where the next chapters take the story. One group called Remake The Last Jedi, @RMTheLastJedi on Twitter, claims it will remake the entire film and that it has raised millions of dollars to make it happen. That could lead Disney’s copyright attorneys to fight back in court, a venue far from the happiest place on Earth. Free speech laws protect parody from such restrictions.

Then there are critics of Johnson’s film who take it too far, lashing out with what can be characterized as xenophobia at best and blatant, extreme racism and threats of violence at worst.

Dana James Jones is a 28-year-old filmmaker and producer from San Clemente currently living and working in Los Angeles. Rian Johnson is also a San Clemente High School alumnus. Jones and his uncle, Dominic Flores, were fed up with all the attacks that were happening against the film’s cast and crew and wanted to do something about it.

“Really, why we wanted to do this parody is because I think we were tired of people taking it (Star Wars) so seriously,” Jones said in an Aug. 4 interview with the San Clemente Times. “It’s a movie; you can’t take a movie like Star Wars that seriously. People are saying ‘Rian Johnson ruined my childhood.’ It’s ridiculous.”

Jones and his uncle released a 15-minute and 23-second short film, Star Wars: Revenge of the Incels, on YouTube on Aug. 2. It’s a multilayered parody of Johnson’s film Brick, which was shot in San Clemente and released in 2005.

“Incel” is an abbreviation for “involuntary celibate,” meaning people, particularly men, who publicly complain that they can’t find a woman but that they are entitled to be with one. Typically, the term refers to people who are chauvinists and proud of it. The irony is that incels blame the groups they want to be with, as one blog post on YouTube described the term, and there is vast evidence of their fiery rhetoric toward women.

The jab that Jones said they make in the film does not call a specific group “incels.” But it’s a blanket insult to people who harass and bully online, especially over something based on complete fiction.

“Not liking a character in a movie (is one thing), but then going to that actor’s social media pages and saying racist things? Like, that mindset is so just gross to me, and I just needed to make fun of these people. Movies are supposed to be fun and you’re supposed to have a good time, and they’re ruining that.” —Dana James Jones, co-creator of Star Wars: Revenge of the Incels

Revenge of the Incels (a name that parodies Revenge of the Sith) recreates scenes, frame-by-frame, from Brick but alters the script to highlight the real-life people behind Star Wars. In Incels, Rian Johnson (played by Evan Brown), finds Kelly Marie Tran (Devyn Sundly) dead and her Instagram account is has been wiped, as it is now. He then sets off down the same path as Brick but in the mock storyline of the Star Wars ilk. The entire short film is shot in San Clemente.

“If you’ve seen Brick, I think you’ll watch (Incels) drastically different because we essentially created shots from the film at the same locations; there are only two places we didn’t go, and they’re interior,” Jones said. “He shot at San Clemente High School, and so did we; he shot at the Carrow’s that’s now closed, and we recreated that scene.”

“That’s a lot of the visual humor,” Jones continued. “If you haven’t seen Brick, it can seem confusing, but it’s a very niche thing. We basically only made it for Rian because we knew he was the only one who would get what we’re doing.”

The ending also deserves some explanation for the untrained eye. Incels concludes with Daisy Ridley (Katelyn Crowley), the actress who plays the main character Rey in The Last Jedi, confessing to be the culprit behind Tran’s demise. Jones said he wasn’t trying to say Ridley was responsible in any way for Tran’s victimization in reality, that’s just how Brick ended, with the character seemingly least likely to be at fault coming forward.

“That’s just part of the parody. It’s referencing Brick,” Jones said. “Basically, the whole Kelly Marie Tran incident, plus this ridiculous campaign to remake The Last Jedi, was really what made us want to do this parody. I think we were tired of people taking it so seriously. It’s hard now (to find evidence of racism) because she deleted everything. You’d have to find screenshots.”

Flores has a cameo in the film as a hipster indie director. All of the actors in Incels are students at his school, ActorsEdge OC in Laguna Niguel, and he’s an actor as well. Flores is a graduate of Dana Hills High School.

J.J. Abrams, the director of Star Wars: First Order and who will direct the ninth installment in the serial storyline, is aptly portrayed by young actor Adair Boehme.

The score to Brick is copyrighted, so Jones and crew put together their own version that sounds similar with distinct differences.

“So, it’s pretty divided, much like the (audience criticism of) Last Jedi. I’ve gotten some pretty trolling comments from people who are totally missing the point,” Jones said, but, “There’s been a ton of love. People who love Brick are coming out in full support. But people just take things way too far. Not liking a character in a movie (is one thing), but then going to that actor’s social media pages and saying racist things? Like, that mindset is just so gross to me, and I just needed to make fun of these people. Movies are supposed to be fun and you’re supposed to have a good time, and they’re ruining that.”

Jones compared the ordeals of Johnson, Tran and a slew of other people who worked on Star Wars to that of the latest Ghostbusters remake that featured a starring cast of all women. People on the internet complained with vigor about that homage to the 1980s’ all-male-starring production.

On the film aggregate site Rotten Tomatoes, The Last Jedi has a “certified fresh” stamp of approval and a 90-percent approval rating from professional critics. But the audience score is a dismal 46 percent (as of Aug. 4) due to an online campaign mounted by fundamentalists of “the force” to trash the film.

However, only one person’s take on it mattered to Jones, and Rian Johnson has already given the thumbs up, or “like,” on Twitter.

“I hope that Kelly Marie Tran sees our film, but there’s no way of knowing, but we already achieved our goal that Rian saw it,” Jones said. “I don’t care what people who are targeting (Star Wars’ cast and crew) think about it. I watched a reaction video from a guy who hates The Last Jedi and even he was laughing about it. And sometimes you just have to laugh at yourself.”

See the short film at the bottom of this article.

Ok. This is… amazing. https://t.co/ZiP9bvsLww

I love this so much.
Great job @danajamesjones & team.
(Also, next score: nothing but whistling?) https://t.co/MEHC5bmnog

The actor playing Brendan definitely has a better jacket and a better haircut than I did. Bravo to all involved, my jaw was on the floor. https://t.co/46MqSYYGqi