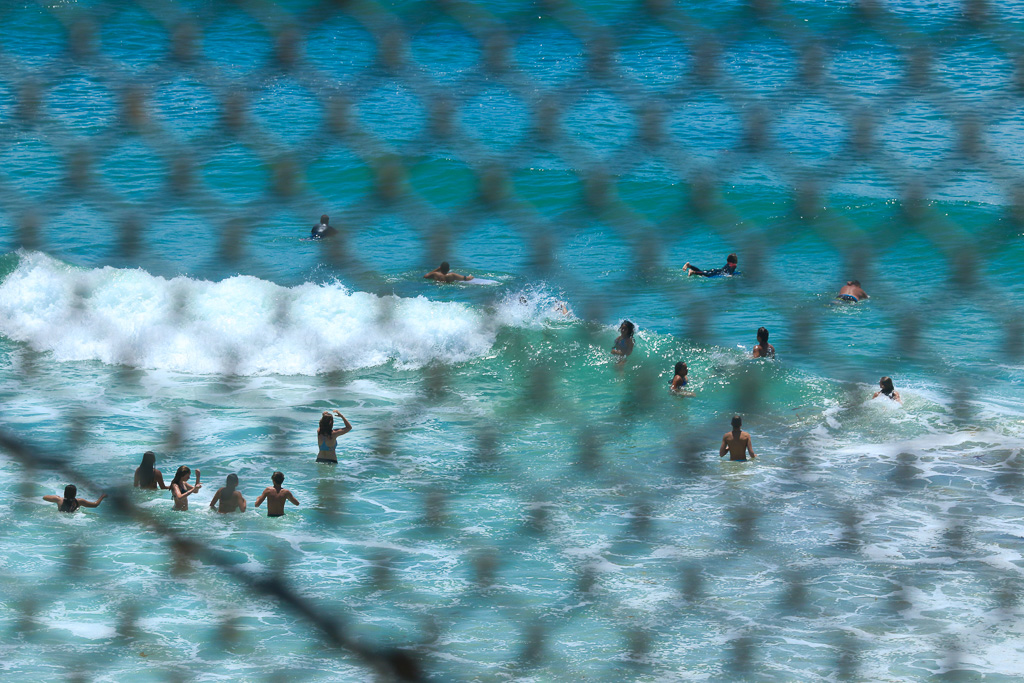 ‘Soft-Tops’ to be Tried at T-Street during Blackball Summer Hours in August after City Council Split Vote, 3-2

Debated for years, “soft-top” surfboards will be allowed at T-Street for a trial month in August during the blackball hours at T-Street Beach, so long as they are less than 8 feet in length and equipped with ankle leashes.

The City Council was split on the vote 3-2 with members Chris Hamm and Mayor Tim Brown voting in favor of it and Kathy Ward and Lori Donchak voting against it; the tiebreaker, Steve Swartz, said he had concerns but was amenable to trying it out.

The trial period may not take place if the city’s insurance provider says the risk is too great. A yellow flag with a black ball in the middle is used to signify the hours and additional signage will be put in place around T-Street in August letting people know about the trial period.

Bill Humphreys, the chief of San Clemente’s Marine Safety Division, said he was once a “hardcore surfer” and even mildly opposed the blackball hours when they were put in place, but since then, his opinion has changed.

This rule was put in place in the early 1980s to allow space for people who want to swim or use boogie boards without the risk of getting hit by a surfboard. The city currently allows boogie boards 4 feet long or less with no fins in the water at T-Street during blackball hours.

Humphreys gave a presentation that was similar to a defensive driving lecture: it featured technical photos of different soft-tops and a video of a beach capturing riders on soft-tops with fins barreling into swimmers where surfing and swimming zones aren’t delineated.

This, Humphreys described, was “chaos.”

Chris Monroe, the marketing vice president for Catch Surf, which makes the Beater board and other soft-top surfboards, said he thinks it will provide more surfing opportunities for people.

“The (soft-top) boards are safe, as long as they have leashes,” Monroe said. “Our Beater wasn’t allowed but now they’ve kind of allowed that. There’s intense crowds before and after the blackball hours, and I think it’ll be good to get more surfers out on the water.”
The soft-top boards are typically made with a softer foam, but the main thing is that they’re not hardened by glassing.

“Since then, there has been a request from City Council to consider a one-month trial period allowing ‘soft-tops’ (surfboards), with surf leashes, to be used in the swimming area at T-Street during the blackball time period,” the agenda report for the City Council item stated.

Although the San Clemente Times attempted to speak with a few people who were using body boards on June 15 at T-Street, no one seemed to want to speak on the record, but in casual conversation they did say they would be supportive of the trial period.

Those views are not shared by all, however.

Swimmers hang out at T-Street Beach in an area that excludes surfboards during the summer. City Council will decide whether to implement a trial period for 'soft-boards' on June 19. Photo: Eric Heinz

Two San Clemente lifeguards watch over T-Street Beach on June 15. The City Council will decide whether to start a trial period for 'soft-boards' less than 8 feet in length on June 19 at its regularly scheduled meeting. Photo: Eric Heinz

Jay Reale, owner of eBodyboarding.com based in San Clemente with his wife, Vicki, said his opinion on the matter is not based on business because he would stand to gain either way, as he sells body boards and soft-top surfboards.

However, as a parent of two children and a bodyboarder, he said he had serious concerns about the proposed policy change.

“When the water is full of kids and tourists and everyone else, it’s a hazard to have surfboards—soft or hard—and then fins are the main danger,” Reale said. “I really hope this doesn’t go through; it’s a misguided thing.”

The T-Street surfing policy was reviewed in 2016 and 2017 by the Beaches, Parks and Recreation Commission, but no changes were made.

“Marine Safety staff believes that allowing soft-top surfboards in the swim area would create a safety hazard for swimmers and a distraction for lifeguards. Therefore, we strongly recommend against it,” the agenda report stated.  “Although soft body boards are allowed in swimming areas, soft-top surfboards have much more mass as compared to a smaller body board. This increased mass creates potential for a great deal of force running into a defenseless swimmer’s head with potential for serious injury.”

The report for Marine Safety went on to say that it would be difficult to enforce the rules between soft-top and hard-top surfboards because they look so similar, and this would cause a distraction for lifeguards.

The original resolution would have allowed for a trial period between July 9 and 31, and that is likely to be the dates in August, between the hours of 11 a.m. and 6 p.m. The approved trial will take place Monday through Thursday on weekdays when the city typically disallows all surfboards, hard-top or otherwise. The blackball period runs from Memorial Day to Labor Day.