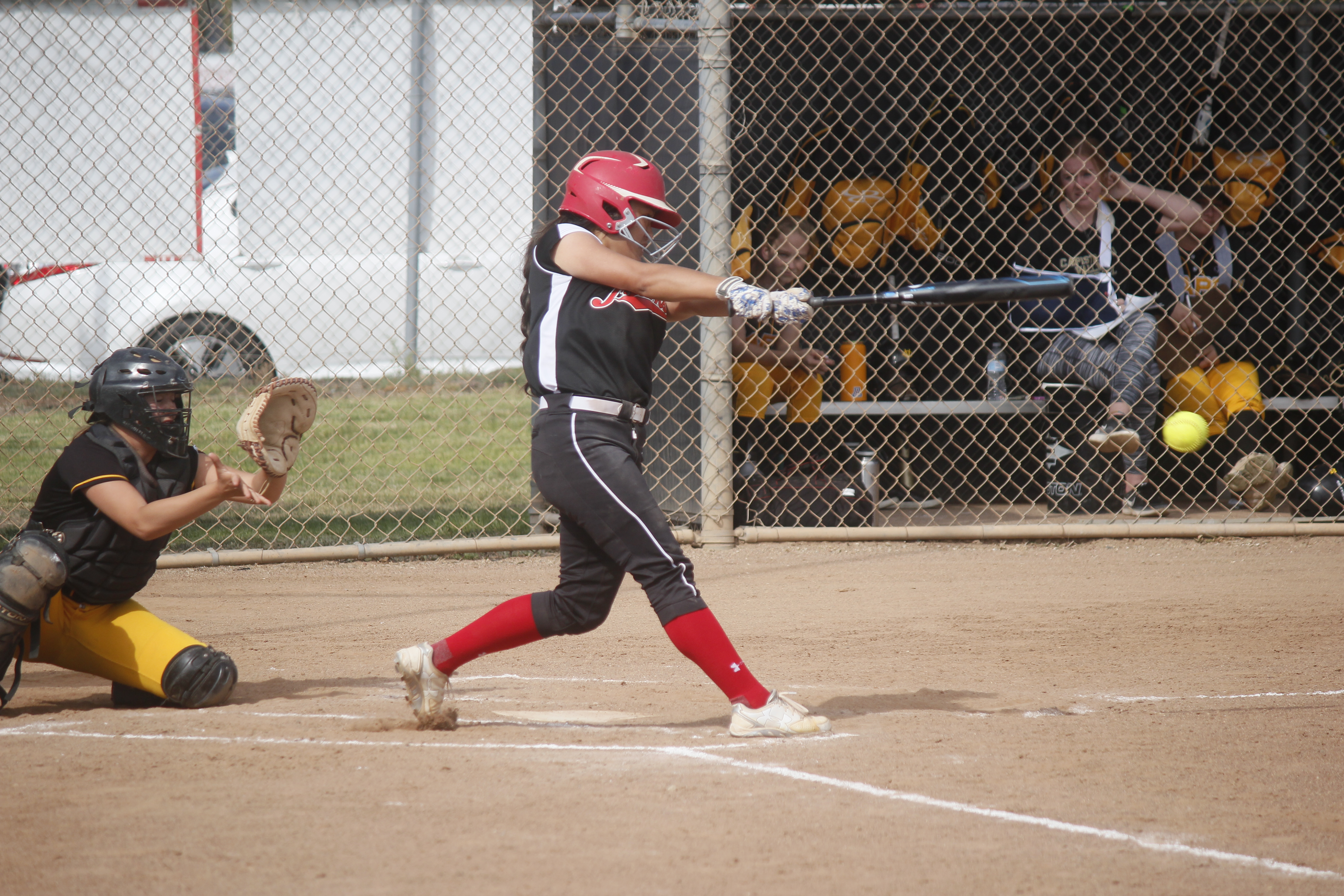 SAN CLEMENTE – The San Clemente softball team came into its game on Tuesday with eyes still set on a league title.

In a three-way tie for second place, two games out of first, Tritons coach Bill Malcolm said the goal for the second time through league was to be better than the first run through.

San Clemente got a good start to that goal.

The Tritons shut out Capistrano Valley for the second time this season and exploded in a seven-run fifth inning to defeat the Cougars, 13-0, in a South Coast League game at San Clemente High School.

San Clemente’s Sydney Kowalski talks about the Tritons’ 13-0 win over Capistrano Valley and the homer she crushed into the SCHS tennis courts. @SCHSTritons @softball pic.twitter.com/IJ77TpI0hC

“Obviously, we want to do the best we can,” Malcolm said. “Everybody still has a crack at first. It’s going to be hard, but everyone’s got a shot.”

San Clemente (10-8, 3-2) will travel for a critical game at league-leading Aliso Niguel on Tuesday, May 1. Aliso Niguel is 4-0 in league.

The Tritons did what they had to on Tuesday in another emphatic win over last-place Capistrano Valley. San Clemente beat the Cougars by a combined 21-0 score in their two league games.

“It’s a good morale booster,” Malcolm said. “We’ve been working on goals and they accomplished some of their goals. We hate to see any team struggle with pitching, but our job is to work on our team and we did that.”

The Tritons got three RBIs each from senior Mikaela Mak and sophomore Melinda Cratty. Mak went 3 for 3 with three doubles and a run. Cratty went 2 for 3 with a double and a home run.

Junior Sydney Kowalski went 3 for 3 with three runs scored and a homer, back-to-back from Cratty’s in the sixth.

‘I think we were really working as a team together,” Kowalski said. “We kept bouncing off each other’s energy.”

Kowalski crushed her home run over the left-field fence, over the walkway and over the fence surrounding the tennis courts. Malcolm said despite left-field being the shorter side of the field, the tennis fence is about 190-feet from home plate, a solid shot for anybody.

“That felt really good, especially hitting it right after another one,” Kowalski said. “That roll again. Just keep doing it. Felt good too. Haven’t done that in a while.”

San Clemente also got a nearly flawless start in the circle from junior Raeonna Flores. Flores threw four scoreless innings and allowed one hit and two walks with seven strikeouts.

Krantz came on in relief in the fifth inning to throw three shutout innings and allowed one hit and one walk with five strikeouts.

San Clemente now turns attention to the league title race with a week off to prepare for their road game at Aliso Niguel on Tuesday, May 1.

“Win every game,” Kowalski said of the mentality for the second half of league play. “Score runs, hit, because we want to win league, badly.”