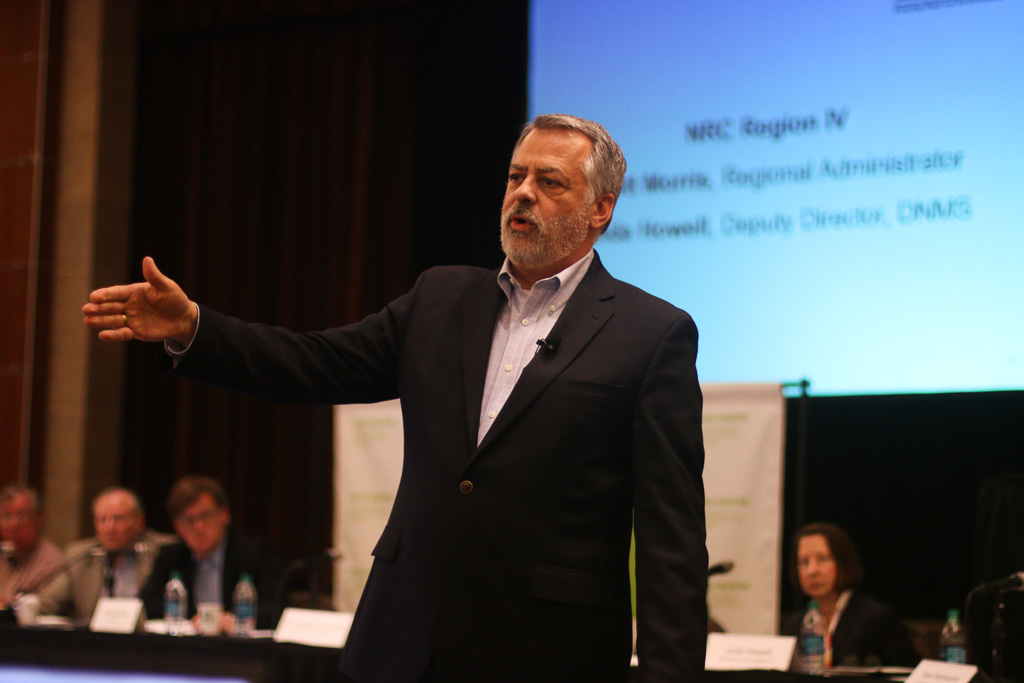 Although the Nuclear Regulatory Commission (NRC) has already levied penalties against the operators of San Onofre Nuclear Generating Station (SONGS) for the August canister incident, it is still looking at potential problems before allowing the energy provider to continue on-site storage of spent nuclear fuel.

At the Community Engagement Panel (CEP) meeting on March 28, Scott Morris, an NRC region IV administrative director, said the overseeing entity will examine the potential for scratching on the canisters as they’re downloaded and will look at the aging management plan of the canisters; however, Morris said the event that took place Aug. 3, in which a canister was lodged along a guidance ring due to inadequate training, was not a threat to safety.

Tom Palmisano, the vice president of external engagement, said Edison made a “senior error” at the CEP meeting following the incident when a whistleblower who was working on the project came forward.

“We made a serious error at the Aug. 9 CEP meeting, and six days off the event, we had an opportunity to address the event, and I did not discuss it,” Palmisano said. “It took a courageous worker (coming forward), and we have committed to a sense of transparency. That was a serious error on our part, and we take responsibility for that.”

Morris said there are only a “handful” of independent spent fuel storage installation (ISFSI) inspectors at the NRC; even so, he said the commission has paid particular attention to this matter.

“So much so that (they’ve called) the other regional offices to do the other inspection work at the other 11 power reactor sites in region IV,” Morris said during the CEP meeting. “So I want to assure you we’ve been very focused on this and working with folks in our regional office.”

Morris said the storing of spent nuclear fuel cannot resume until the NRC has sufficiently examined the analyses from Edison and Holtec on the scratching that took place on the canister in the Aug. 3 incident and then only if those analyses hold up to scrutiny. The commission will also look at the safety plans and procedural changes Edison has made.

CEP Chairman Dr. David Victor also said during the meeting that he hopes to accomplish at least one of the main strategies to get the spent nuclear fuel moved off-site at SONGS: One is to change federal legislation and the other is to get the Department of Energy to open an interim storage site. Two interim sites are currently going through the application process in New Mexico and Texas.

“If we are successful in getting one of these sites open, we need a strategy as to how to do that,” Victor said. “The plan to find the way in which to ship the fuel is now the burden of SONGS because of (a legal settlement).”

Rep. Mike Levin said on Monday, April 1, that he and other members of Congress are seeking $25 million in appropriations for a consolidated interim storage program that would take fuel from all decommissioned sites.

Current law, however, does not allow for temporary storage of spent nuclear fuel—only permanent storage.