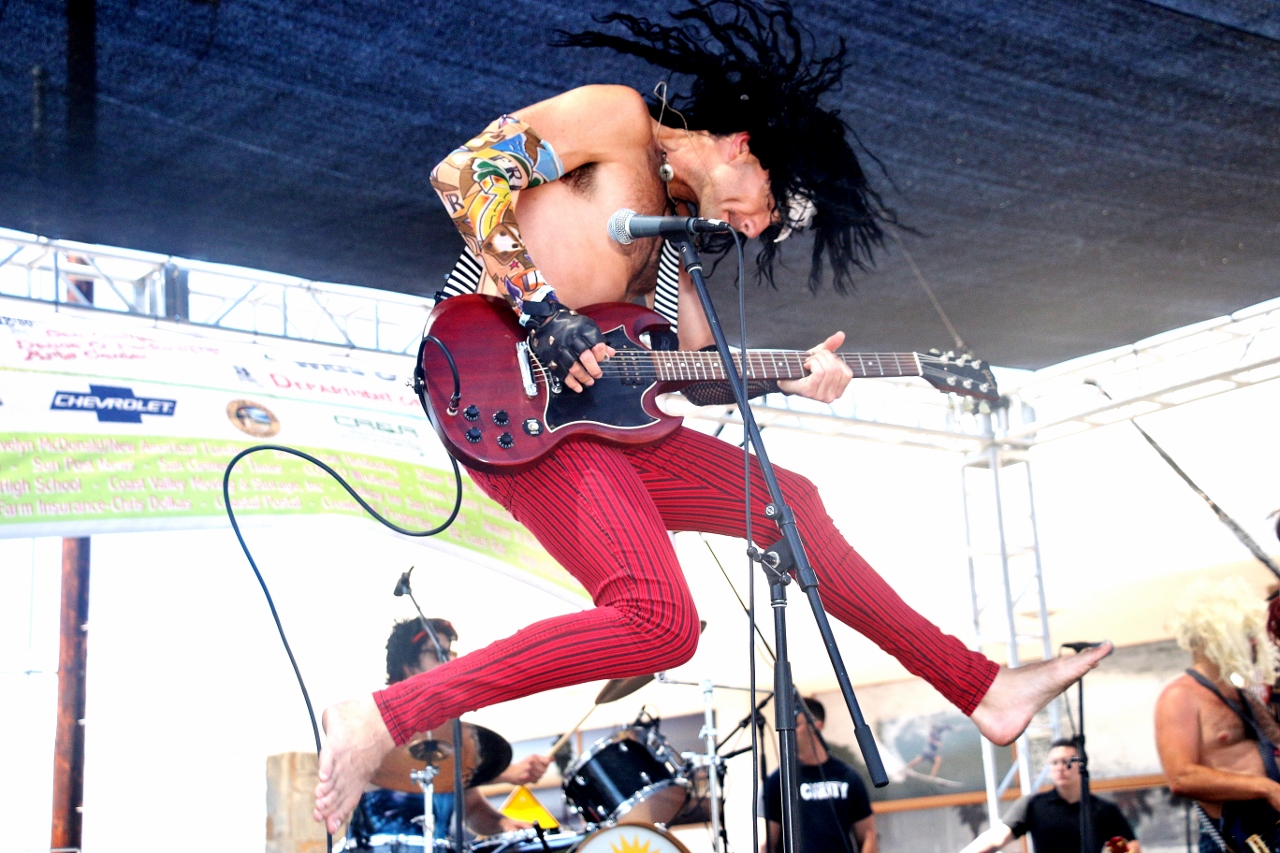 Sound Board: What to Expect at the 64th San Clemente Fiesta Music Festival on Sunday

Sponsored by the San Clemente Chamber of Commerce, Fiesta takes over Avenida Del Mar from 9 a.m. to 7 p.m. for a full Sunday of rock, reggae and country music as well as other food, fun and games.

Chuck Narey, the chairman of the Fiesta Festival, said the event started in the 1950s and was originally called the Fiesta de la Cristianita Pageant. It was primarily a local gathering of people that eventually bloomed into a formalized music-centric event in the 1970s and 1980s. Once Rita Coolidge performed at the Festival, more and more bands followed, although the focus on being a local’s-only event has persisted through the years.

With thousands of attendees expected to dance through the streets of Del Mar this year, additional parking will be provided at the San Clemente High School, located at 700 Avenida Pico. Concert goers are also encouraged to take the city’s free trolley service for transportation to downtown. Download the app SC Trolley or visit the article at www.sanclementetimes.com to see a list of stops.

Here is a list of what to expect throughout the day at Fiesta Music Festival, including the various band set times, the salsa competition, the action sporting events and beach lifestyle expo and more.

9 a.m. Francesca Jule is a David Cassidy and Barry Manilow Tribute Artist, with a similar voice to both singers, using her own stylings to, as she puts it, “keep the music alive.”

10:30 a.m. RooStar is a near-blind drummer from San Clemente, who has ambitions to perform a variety of music. He said he taught himself how to play the instrument. The San Clemente Times did a story on his path to America’s Got Talent in February.

11:30 a.m. Pie Eating Contest: See how many pies you can eat in the allotted time.

Noon. Bad Hombres is a tribute to outlaw country music and is from San Clemente. They attribute their inspiration to the likes of Waylon Jennings, Willie Nelson and Johnny Cash.

1:30 p.m. Adam’s Attic was formed by “a passion for music and unity in the face of adversity,” according to their bio. Their up-tempo rhythm incorporates uplifting lyrics and a modern vibe.

2:30 p.m. The Jump Rope Contest will determine the best in the city.

4 p.m. Tortilla Toss. How far can you throw a Tortilla? Test your throwing skills in this fun contest.

4:30 p.m. Hot Mess Mojo plays a little bit of everything, from the classics to more modern music, self-described as covering blues, country and rock hits from the 50s to the 80s.

Stage 2: Center Stage, at the intersection of Del Mar and Ola Vista

9 a.m. The RoneyBoys are a singing and songwriting group of three brothers who moved to Southern California from their home state of Kansas in 2009. “Bruno Mars tweeted a video of 9-year-old Ian singing ‘The Lazy Song,’” according to their bio.

11 a.m. Daniel Bonte & The Bona Fide are on a mission to bring authentic country music to the Southern California scene.

12:30 p.m. The San Clemente Dance & Performing Arts Center will perform during an intermission of music.

1 p.m. Tunnel Vision, which started in San Clemente, is probably best described as a surf-ska and reggae band, incorporating saxophone and flute into their songs.

3 p.m. THE TRIP is a “high-energy, genuine cover rock band,” according to their bio. They cover music from the 1960s to today’s top charts.

5 p.m. Turn the Page is a tribute band to Bob Seger and the Silver Bullet Band. They’ve sold more than 750,000 downloads from iTunes, and their music has been featured nationally.

Stage 3: Bottom of Avenida Del Mar near the library

9 a.m.  Bleed American: A Tribute to Jimmy Eat World. The mega-success of Jimmy Eat World’s music involving teenage angst and the optimistic side of heartbreak earned them worldwide fame. This tribute band involves a medley of South Orange County musicians.

10:30 a.m. The Whereabouts are a classic rock band that aims to maintain the sound of vintage riffs.

Noon. Cameron Nino and his band Seventh Nova, will perform their chill, reggae blend of music. Nino is the 13-year-old lead guitarist for Seventh Nova, and uses music to make people more aware of the survival and well-being of the human race.

1:30 p.m. San Juan Capistrano-based Joint Committee came together in 2011, and just a few weeks after their first practice, they found themselves opening up for Grammy-award winning, reggae powerhouse, Steel Pulse. Since then, they have shared the stage with some of reggae’s biggest artists.

4:30 p.m. The three-piece San Clemente native band of Raw Blake is described by organizers as an experience in itself. The versatile band will conclude the afternoon on Del Mar.

The city of San Clemente will close Avenida Del Mar and portions of Calle Seville and Ola Vista starting at 6 p.m. on Saturday, Aug. 12, until the evening of Sunday, Aug. 13, to accommodate the San Clemente Fiesta Music Festival.

Parking and a free shuttle service will be available from the San Clemente High School from 9:30 a.m.-6:30 p.m. on Sunday.

“Due to large attendance each year, the city encourages people to use the complimentary shuttle provided by the Chamber of Commerce or ride the city’s free San Clemente Trolley service, which runs from 10 a.m. until 8 p.m. on Sunday,” a press release from the city stated. “The regular trolley route will be modified with a detour and temporary stops from Saturday, Aug. 12, at 6 p.m. through the end of the day on Sunday, August 13th.

Public tasting starts at 10 a.m. and winners are announced at 4 p.m. at Stage 3.
The Fiesta includes an array of fabulous food. The food is all provided by local nonprofit organizations. Money spent on food at Fiesta goes back to the local community and contributes to many philanthropic programs.

The Fiesta Festival will also feature an arts and craft show. This exhibit showcases hand-crafted and unique merchandise from talented individuals across Southern California.

Motorcycle enthusiasts will enjoy perusing the wide variety of bikes at this year’s Fiesta too. Bikes from all over Southern California will compete in a myriad of categories.