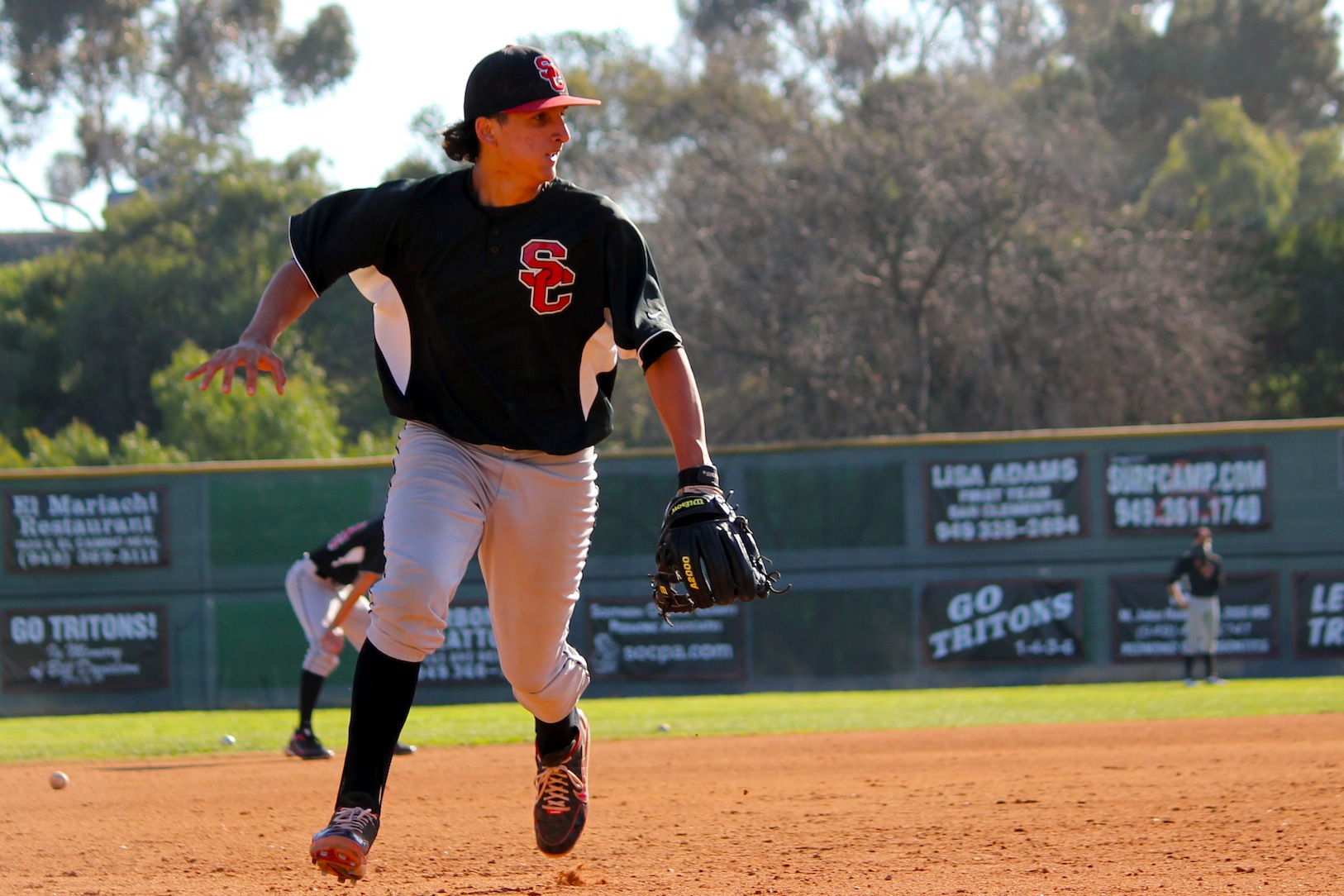 JSerra Catholic senior pitcher and first baseman Parker Joe Robinson was named to the first team in the multi-purpose category. Robinson, a Texas commit and this season’s Trinity League Player of the Year, batted .378 with six home runs and 28 RBIs in 2014. On the mound, Robinson went 4-2 with 47 strikeouts in 41 2/3 innings.

Dana Hills senior Louis Raymond was named to the second team. Raymond hit .321 on the year and excelled on the pitching mound. The University of San Francisco commit helped pitch the Dolphins to the Sea View League title behind a 10-4 record and a 2.07 ERA in 2014.

San Clemente battery mates Kolby Allard and Lucas Herbert were named to the All-State Baseball Underclass teams. Allard, a junior pitcher, led the Tritons with a 1.32 ERA this season and was named to the first team. Herbert, a junior catcher, was a presence in the middle of the Tritons lineup, where he batted .284 with 16 RBIs. Herbert was named to the second team. Both players are committed to UCLA.

JSerra’s Brady Shockey was one of only two sophomores named to the underclass team.