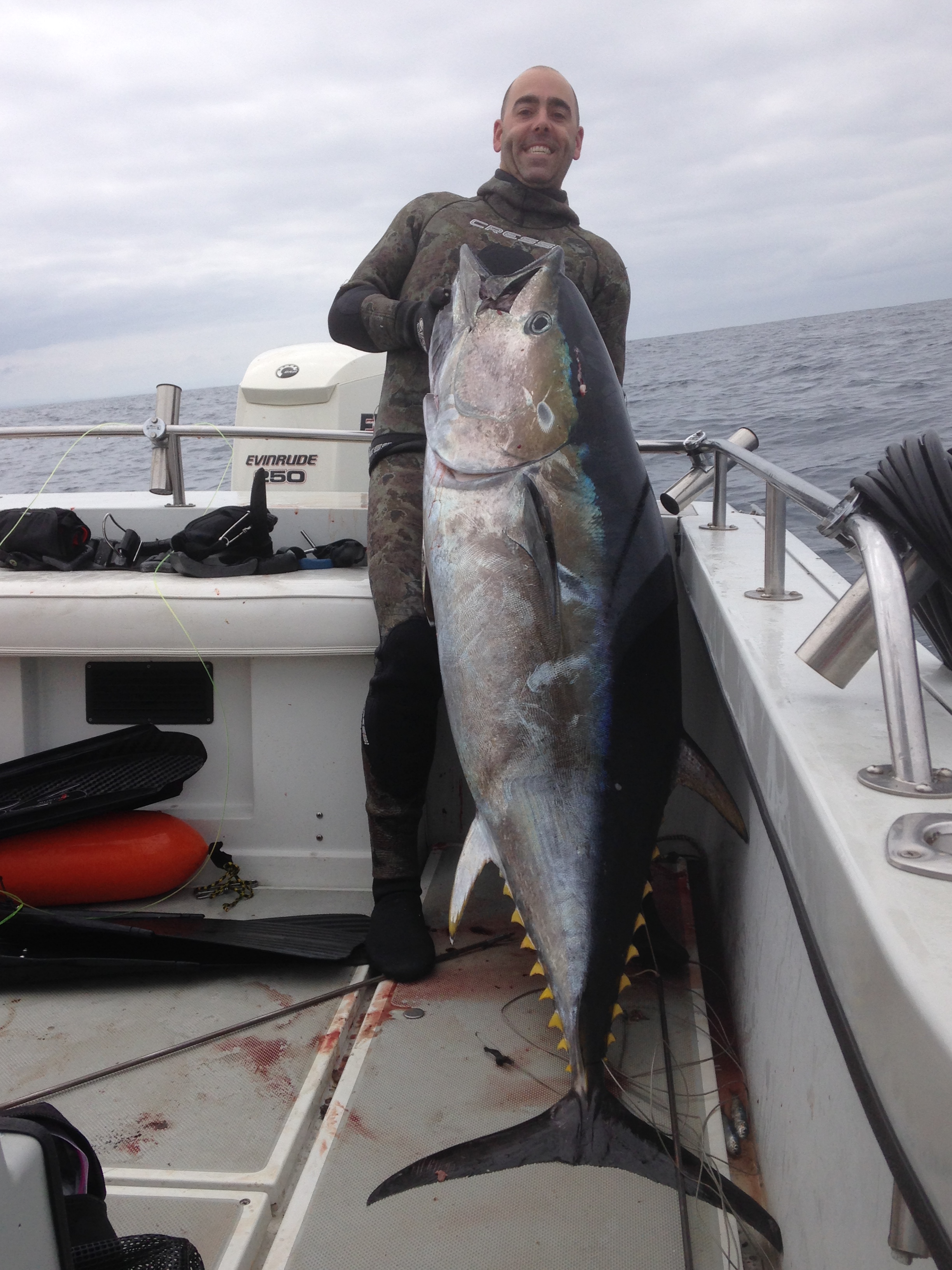 Aaron Shook was beginning to feel like he was a character in a Hemmingway novel.

The spearfisherman has found plenty of success in the water but had also seen a lot of large prize fish get away. Memories of nearly missing out on a big wahoo last year meant replaying the moment in his mind over and over again. It was one of many missed opportunities at a catch of a lifetime.

Shook and his spearfishing buddies were even contemplating a trip to Africa, where they could take a transport boat to a remote island 1,000 miles off the coast for a chance at bagging a huge catch.

Turns out they didn’t need to travel that far to get it.

On June 3 Shook, a San Clemente resident, along with boat captain Jon Walla and fellow spearfisherman Dominic Vadala, sailed out of Dana Point Harbor and caught a 173.3-pound bluefin tuna a few miles off the coast between Dana Point and San Clemente.

Shook is in the process of filling out paperwork with the California Department of Fish and Wildlife to verify what will be a new state spearfishing record. The current record is set at 98 pounds.

Large bluefins have been schooling in the area for several weeks now. One day before Shook’s catch, local angler Marc Levine reeled in a 122.9-pounder.

Encouraged by the reported activity, the trio searched for several hours before finally seeing a large swarm of tuna near the surface. Shook and Vadala jumped in and were met by a huge wall of bluefin.

Shook picked his target and fired his first shot with his spear gun, hitting the fish in the center. It was not an ideal shot and it did not penetrate very deep, but it held. The fish immediately dove down to around 80 feet and the hunt was on.

Vadala offered up his gun to Shook for a second attempt at a kill shot, but it was another strike that caught the fish in the center. A third shot to the head looked like it would stop the fight but the fish continued to move. The buoys connected to the spears held the fish at bay and Shook had to get hands-on to finish the job.

“I pulled out a knife that is for fish. It’s not a very menacing looking knife, especially when you’re going down to knife fight something the size of a man,” Shook said. “I just stabbed it like five times in the head just trying to find the right spot.”

When Shook tried to bring the fish to surface, it continued to fight so he had to slit its throat.

When the first shots landed Shook was roughly 80 feet below the water, a deep level for catching fish. Hours of practicing deep to mid-level dives with his friends prepared Shook for the moment.

After years of hoping for a big fish and thinking he had to travel continents away just to get one, Shook can rest easy knowing he got one in his own backyard and that his name will eventually go down in the record books.

“We’ve been wanting to shoot a big tuna for years now. We were getting all freaking Hemingway about this fish,” Shook said with a laugh. “It was so much fun.”