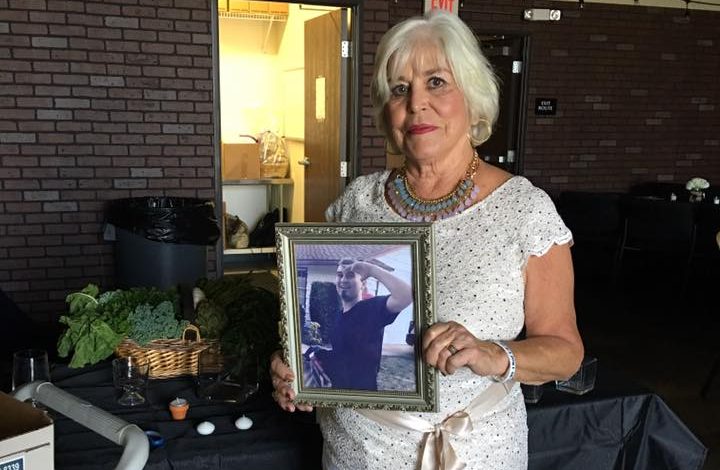 A Special Night of Remembrance: Community Gathers to Stop the Stigma of Addiction

The second annual Night of Remembrance sent a clear message: In the battle against drug and alcohol addiction, San Clemente community members are coming together with weapons of compassion and perseverance to lead the fight.

On Sunday, Aug. 28, families who have lost loved ones to drug overdose and suicide deaths stood in support of each other, people struggling with addiction and local residents to share stories of strength and sing songs of support celebrating life and sobriety.

The evening shined a spotlight on the importance of raising awareness and erasing the stigma of addiction treatment so individuals in crisis are not afraid to seek help.

The event, organized by Jodi Barber and hosted by the Community Outreach Alliance (COA), drew a crowd of more than 200 people. In 2010, Barber lost her son Jarrod to a prescription-drug overdose. Instead of suffering in silence, she began a crusade to save other families from facing similar pain and anguish.

COA is a nonprofit, which aims to tackle drug abuse and addiction through educating and supporting people suffering from alcohol and substance abuse by providing activities, encouragement and a healthy lifestyle.

The Night of Remembrance featured three keynote speakers: Tanya Brown, Frank Shankwitz and David Stanley. Each of them delivered personal and inspirational messages.

Brown shared her battle with deep depression that eventually led to her learning the tools to heal her pain and share her journey of recovery to help others.

“It’s a sad night, but we are rejoicing in life and sharing our stories to shine a light and be a voice,” Brown said.

She related a conversation with her pastor after the passing of her sister, Nicole, in 1994. Grieving, she sought his counsel and repeatedly asked him, “Why Nicole?” to which he replied, “‘Why not Nicole?’” Brown said, “I encourage each and everyone one of you when you start to go into ‘Why me?’ to instead go into ‘Why not me?’ and think how can I turn my sad story around; listen to the conversation you have with yourself.”

Frank Shankwitz spoke of his extensive career in law enforcement and the inspiration leading him to found the Make-A-Wish Foundation. Shankwitz has since turned his energy and effort to focus on bringing awareness to prescription drug overdose and working to eradicate the epidemic.

David Stanley told his story, starting at age 4, when he became Elvis Presley’s step-brother and took up residence at Graceland. Stanley travels the globe inspiring people with his struggles and triumphs over addiction.

“Each day in the United States, 78 people die (from an opioid overdose),” Stanley said. “We all have a voice and a message; we need to break the veil of secrecy and stop the stigma and speak out.”

Stanley’s statistic is supported by local law enforcement reports. According to a study released by the Orange County Sheriff’s Coroner Division, the number of drug and alcohol overdose deaths in the county increased by 51 percent between 2000 and 2012, making the past decade the deadliest.
The report also found cities along the coastal regions of Orange County had higher rates of drug- and alcohol-related hospitalizations and death than other cities.
The second annual Night of Remembrance included sorrow but focused on hope. The evening delivered a positive and optimistic message: removing the social stigma of addiction and encouraging people to seek treatment will save countless lives.

Barber continues to work tirelessly to stem the rising tide of addiction and deliver her words of action and encouragement.

“We can’t keep silent. We’re not going to stop until this epidemic stops,” Barber said. “We must come together as a whole; it takes a village to bring about change. Together we can make a difference.”