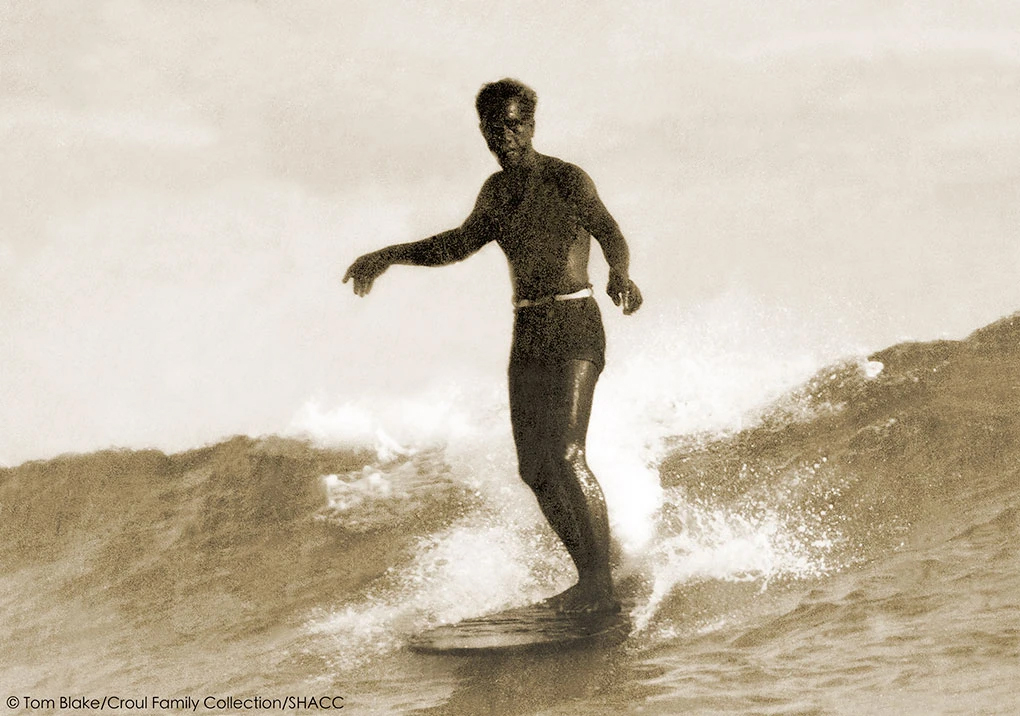 In these times of civil unrest, the words of Duke Kahanamoku resonate

The past couple of weeks have seen large-scale protests and demonstrations for justice and equality around the United States, and surfers have been participating in their own unique way.

Paddle outs have taken place at beaches around the country, including Doheny Beach in Dana Point, as well as another one that was planned for Wednesday afternoon, June 10, near the San Clemente Pier after this issue went to press. Similar demonstrations have also taken place in L.A., San Diego and New York.

“I didn’t really know anybody in the water, but it was beautiful to share that experience together and reflect on the times we’re in with people that truly care,” said one local surfer who had joined the Doheny paddle out.

The subject of race is obviously a charged one at the moment, and through these various paddle outs, surfing has found its way into the conversation. Volumes could be written on the subject of race and surfing.

It goes all the way back to British explorer Captain James Cook’s first observation of Hawaiians riding waves in 1777, and it’s not something we can take on here in 250 words. But over the past week, I was doing a little reading about Hawaiian surfing icon Duke Kahanamoku.

“In Hawaii, we greet friends, loved ones or strangers with Aloha, which means love,” Duke once said. “Aloha is the key word to the universal spirit of real hospitality, which makes Hawaii renowned as the world’s center of understanding and fellowship. Try meeting or leaving people with Aloha. You’ll be surprised by their reaction. I believe it, and it is my creed. Aloha to you.”

We should all aspire to be ambassadors of aloha.