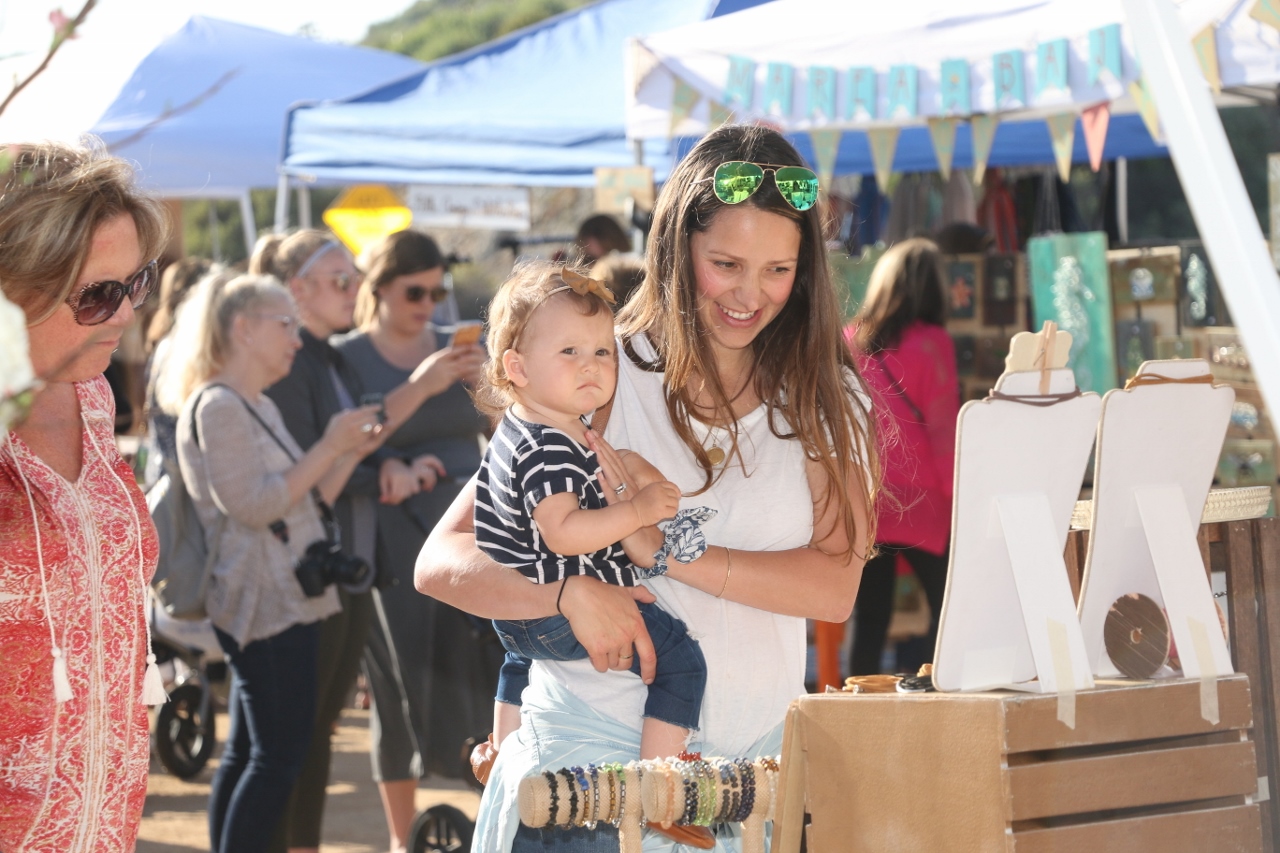 Under a fair sky with the sun out and hardly a cloud in sight, North Beach’s farmers market came to fruition on Wednesday, April 12.
Rick Heil, an officer with Introductions Unlimited, the company that coordinates the farmers market and the Sunday farmers market on Avenida Del Mar, said he was pleased with the first week.

“It went real well,” Heil said. “We’ll see, hopefully it’s going to be continuous like that for a while. A lot of people on the farmers side, they were doing good business and the reaction from the folks was real nice.”
Residents in the area have clamored for a farmers market for some time, most recently coming from the efforts of the North Beach Community Association. The market will take place from 3-7 p.m. on Wednesdays in the parking lot at 1820 N. El Camino Real.

Heil said the vendors at the Wednesday market is a similar group from the Del Mar farmers market. He said he receives calls from a lot of farmers around Southern California.

Seafood from Dry Dock Fish Co. in Irvine was brought in by representatives at the first North Beach farmers market on April 12.

Vendors from all over Southern California attended the first North Beach farmers market on April 12.

Fresh fruit, vegetables, bread, fish and more was available at the first Wednesday of the North Beach farmers market on April 12.

“We have a good group of farmers who know the customers already, but this last week was a lot of people I’d never seen before,” Heil said.

Heil has operated the Avenida Del Mar farmers market since April 1994.
The North Beach market is scheduled to operate from April to October.

“It’s a really good time of the year because you get your variety of fruits that are in season, and you’ve got to have lights,” Heil said, adding that daylight savings will be a challenge.

Heil said he can host up to 15 farmers, but the first Wednesday he said started with a “good-sized group.”

“Weekday markets are typically smaller than the weekends, but we’ll see how it goes,” he said. “But we’ve got all the food categories covered. Right amount of vegetables, bread, fish, fruits and flowers.”

The first-year contract for the North Beach farmers market with the city will be up for review when the first season ends.

Adoptable Pet of the Week: Bowie