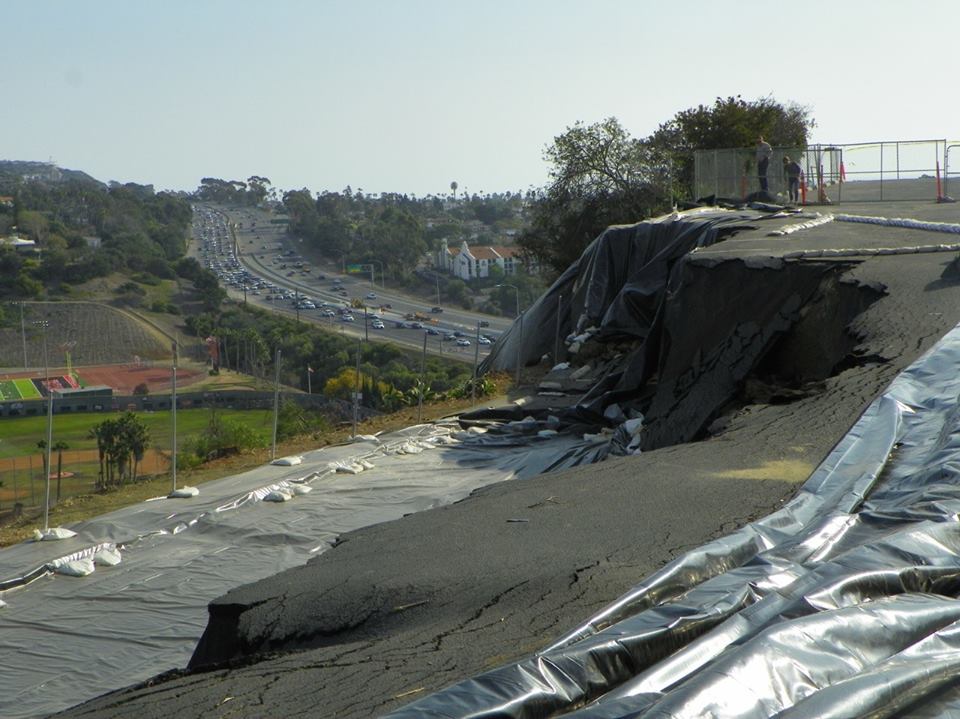 Like a Salvador Dali painting, the parking lot looked as if it was melting away from St. Andrew’s by-the-Sea United Methodist Church. In October, it seemed as though some minimal land shifting had caused the lot to be altered.

Now, there has been significant erosion to the parking lot, causing the church board to seek further assistance with the slope.
It’s still unclear what exactly is causing this, although the land is part of what St. Andrew’s board chair trustee Mike Wiechman said is a landslide area, per a study done in the 1980s.

Wiechman said it may be caused by the heavy rainfall from last year seeping into the crevices of the hillside and dislodging the soil. More than 2 inches of rain was recorded in San Clemente on Jan. 9.

LGC Geotechnical Inc. is going to provide a study on the slope and what is causing the land to slide.

Wiechman said Bright Horizons at San Clemente also owns a portion of the slope and has been watching the encroaching erosion closely.

Wiechman said it’s going to be expensive to fix the damage to the slope. The St. Andrew’s board has notified the diocese of The United Methodist Church, which owns the church’s land and may ask for financial assistance.

Kevin Colson, the vice president of LGC Geotechnical Inc., said he’s not sure at this time when the studies will be available. Colson said the firm is constructing a model to see how the slope can be fixed and what may have caused the erosion.