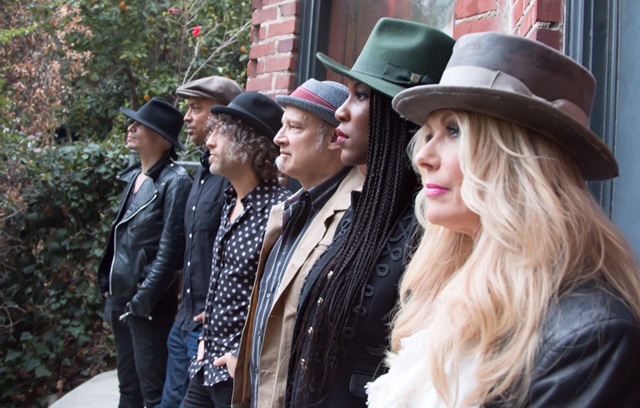 Local concertgoers can expect the ultimate rock meets R&B experience on May 31 when Roadcase Royale takes the stage at The Coach House.

“They just killed it,” Wilson recalled. “She was so powerfully engaging.”

Wilson convinced Warfield to open for Heart at the Hollywood Bowl, and the two hit it off. The rest, as they say, is history. In two weeks’ time, the duo came up with six new songs.

Roadcase Royale debuted their first single, “Get Loud,” on Jan. 21 at the Women’s March on Washington. And on May 12, they released the politically charged “Not Giving Up,” encouraging strength in today’s politically divisive climate.

Wilson—who dominated the stage with Heart during a time when it was rare to see women in rock ‘n roll—said the first time she heard “Not Giving Up,” she was “floored” by the powerful message of the song.

“Politically, it’s been tough to survive the s–t-show that’s going on, and I think it helps people to know that you have a voice and some power in this situation,” Wilson said. “You should not feel powerless—your opinion matters, and your voice matters. Stay strong and unified behind the issues you believe in.”

Wilson said the upcoming Coach House performance marks the group’s first mini tour, and they’re hoping to expand and tour across the country eventually. For now, she’s looking forward to returning to San Juan, where she played a couple times with Heart and the Lovemongers in the early ’90s.