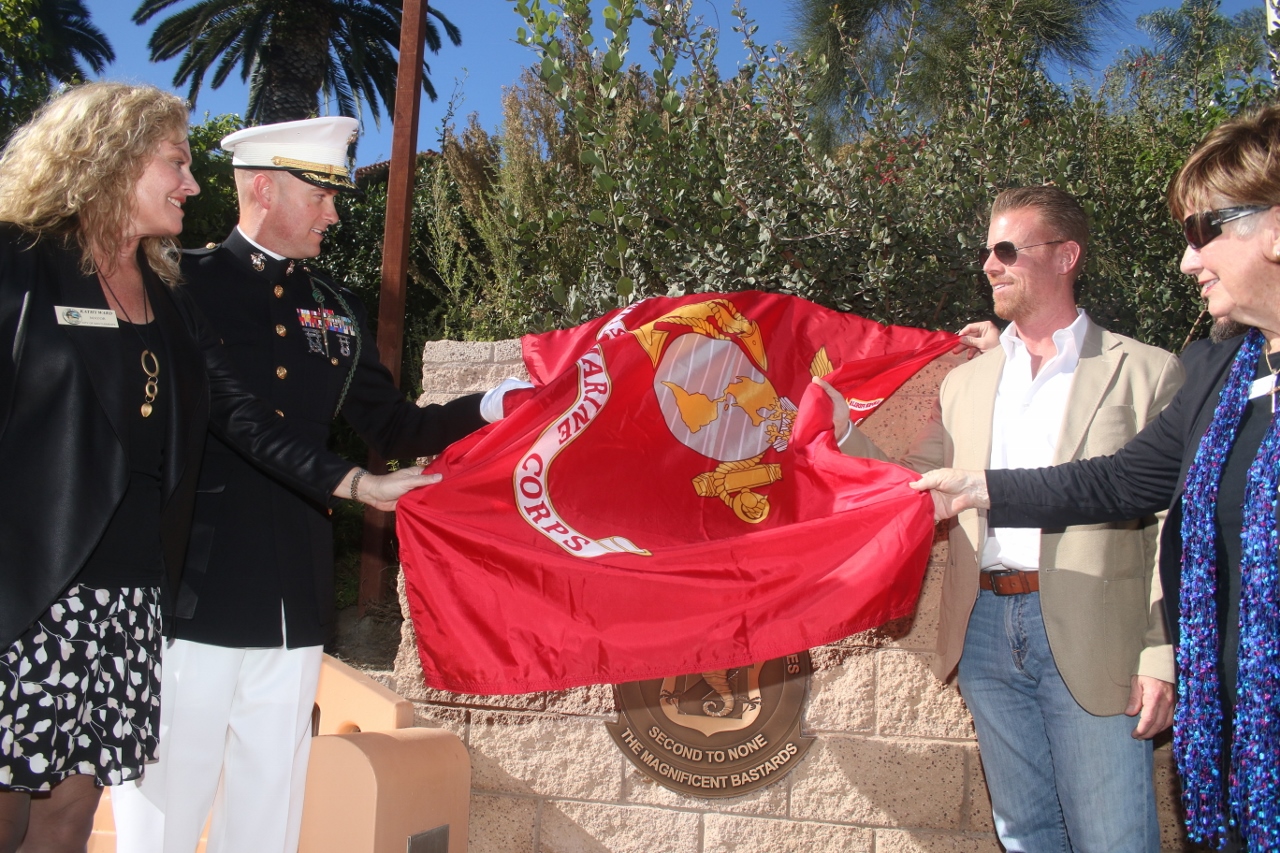 Audience members bow their heads during the invocation during the Veterans Day ceremony at Park Semper Fi on Nov. 4.

Former Mayor Wayne Eggleston, the executive director of The Heritage of San Clemente Foundation, speaks to the audience during a Veterans Day ceremony on Nov. 4 at Park Semper Fi in San Clemente.

Members of the U.S. Marines and Navy salute as the all-service medley is performed.

City officials and members of the military unveil the 2/4 plaque on Nov. 4 at Park Semper Fi.

Members of the U.S. Marines and Navy salute as the all-service medley is performed.

The Heritage of San Clemente Foundation hosted a star-studded Veterans Day ceremony at Park Semper Fi on Nov. 4, a week before the official day on Nov. 11, due to scheduling conflicts.

During the ceremony, a plaque was dedicated to the 2nd Battalion, 4th Marines (2/4) honoring their service. The 2/4 is the city’s adopted Marine unit. Col. Stewart Navarre (Ret.), the former commanding officer of the 5th Marine Regiment, and Lt. Col. Warren Cook, the current commanding officer of the 2/4, spoke during the event, as well as the venerable Gen. J.K. Davis, a former assistant commandant of the Marine Corps who is now a San Clemente resident.