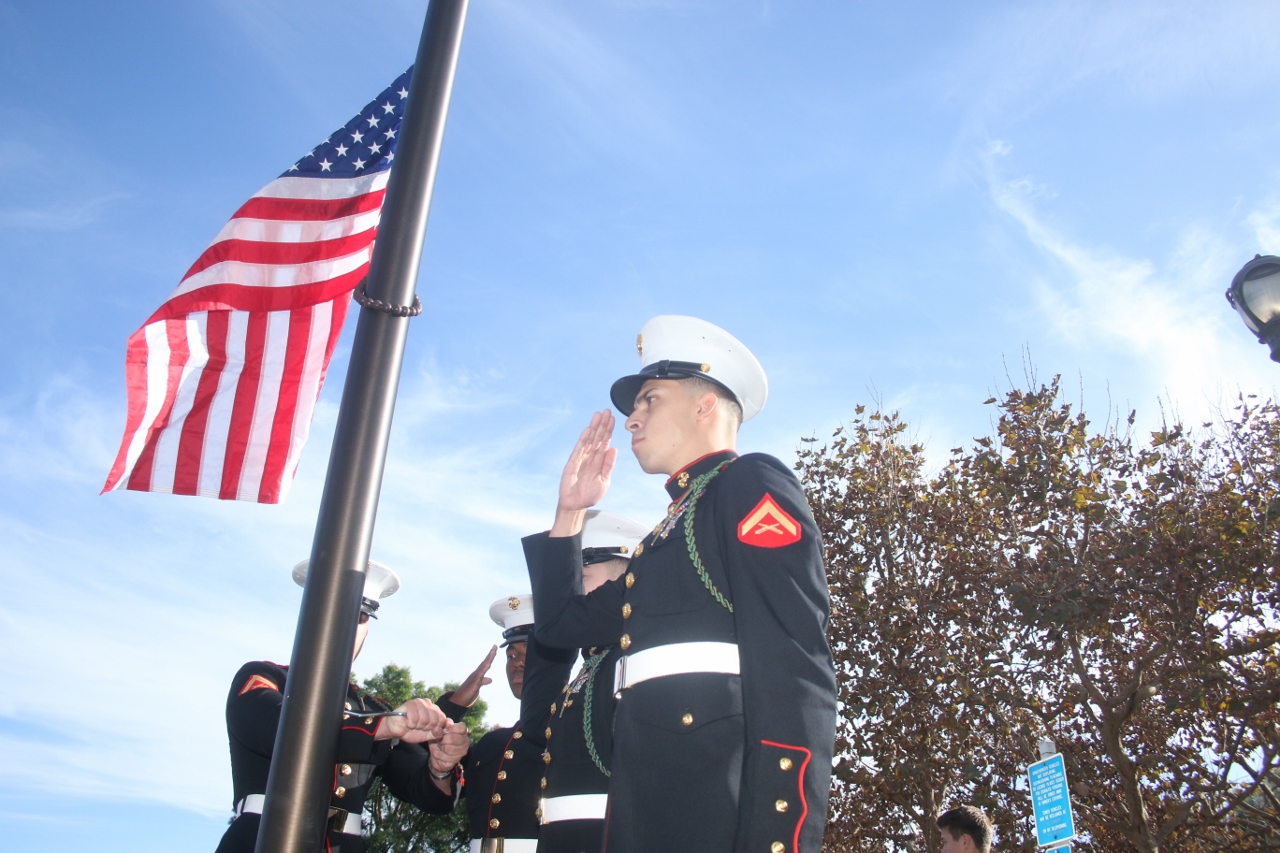 People stand and salute the American flag while singing the national anthem on Nov. 10 at the Talega Gallery Veterans Day ceremony.

A plaque commemorating the Veterans Day ceremony at the Talega Gallery is unveiled on Nov. 10. The plaque had the day Nov. 11 on it, as that is the official Veterans Day.

Ret. Army Col. Frank Legere speaks to the audience during a Veterans Day ceremony on Nov. 10.

Marines from Camp Pendleton salute the flag as it is hoisted up the bannister on Nov. 10 at the Talega Gallery.

Bobby Ameen presents the Talega Gallery with an American flag on Nov. 10 during a Veterans Day ceremony.

Ret. Army Col. Frank Legere speaks to the audience during a Veterans Day ceremony on Nov. 10.

Don Glasgow looks up at the American flag flying from the Talega Gallery’s new flagpole on Nov. 10.

A gust of wind swept over the patriotic crowd just as the Marines started the inaugural raising of the American flag at Talega Gallery on Nov. 10, allowing it to wave swiftly on its maiden voyage.

Talega Gallery, a community association for residents 55 and older, celebrated Veterans Day by introducing a new flagpole at the association’s headquarters.

City Council member Lori Donchak and Bobby Ameen presented the association with the flag and were also speakers at the event.

Ret. Army Col. Frank Legere, who is a resident of the association, spoke about the importance of the flag.
Boy Scouts Troop 719 helped with the ceremonies, and the 2nd Battalion, 4th Marines provided color guard duties. People sang the national anthem as the stars and stripes ascended to the top of the pole.