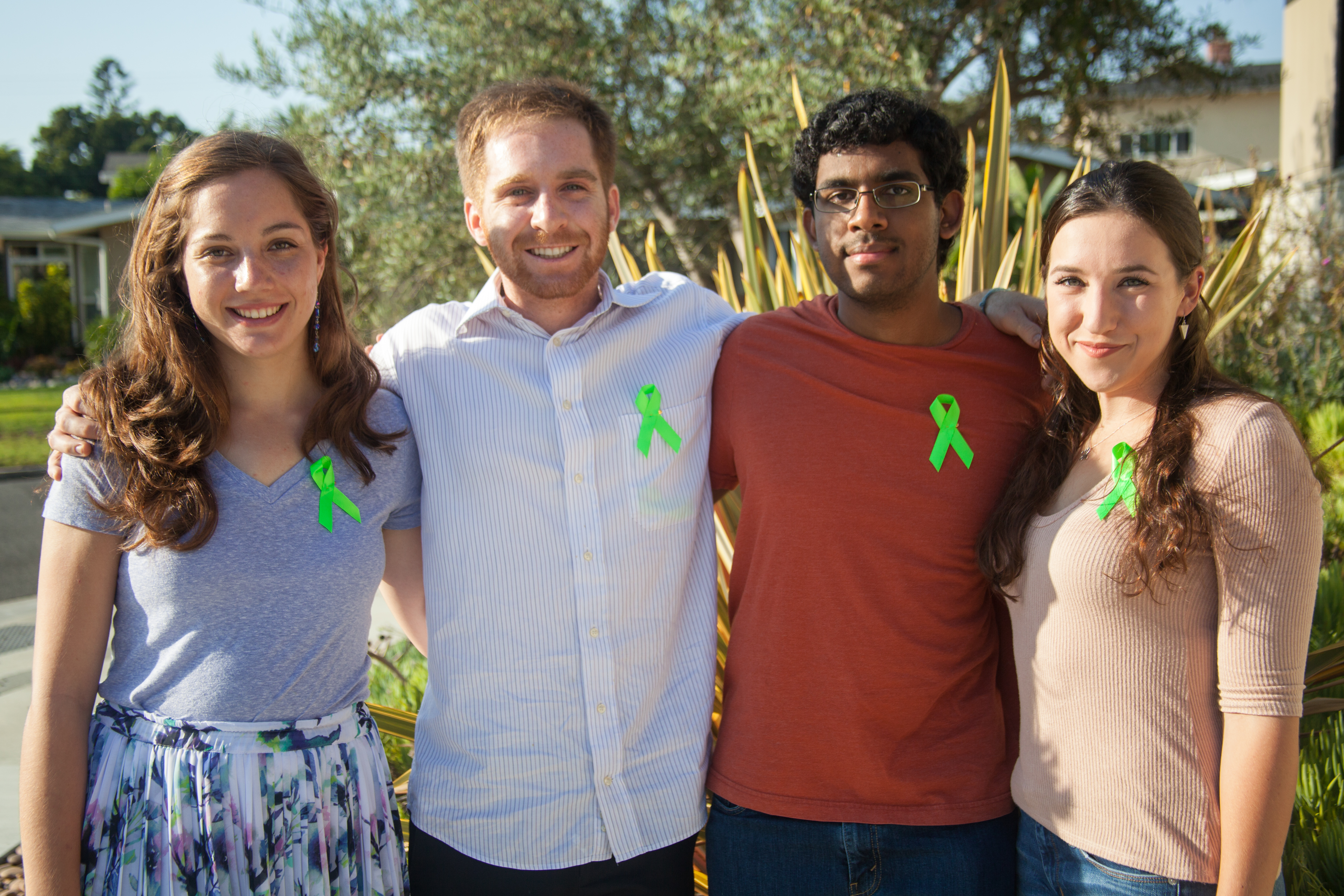 It began as an idea 23-year-old Brian McInerney had in June. The San Juan Capistrano resident wanted to make a positive change in South Orange County communities that over the years have been left reeling after suicide- or addiction-related deaths of young adults.

That was the case two years ago, when the San Juan Hills High School alum lost a family friend to suicide. A year later, the boy’s brother completed suicide as well.

McInerney said with each death, a devastated community came together and mourned the loss of the young men, but it wasn’t long—maybe weeks, or a month—before the issue of mental health faded away. McInerney, who suffers from bipolar disorder, took personal note of his friends’ deaths.

“There were no red flags, no warning signs, nothing,” he recalled.

It was after a conversation with his boss at Western Youth Services in Lake Forest that McInerney had the idea to start a club—The Green Ribbon Club. McInerney said that, while in a bit of a manic state, he began buying domain names and rallying people, without really knowing what he was doing.

McInerney’s actions have resulted in The Green Ribbon Club, an advocacy organization in its infancy. The aspiring nonprofit aims to break the stigma surrounding mental health in Orange County.

Comprised of South Orange County students and recent graduates who have lost friends to either suicide or addiction, the group’s hope is to begin reducing the number of suicides and overdoses within the community by making mental health a household discussion.

With the support of local organizations such as Western Youth Services and the Mariposa Center in San Juan, McInerney and members meet each Tuesday to discuss the developing group’s foundation and best practices for spreading their message.

Megan Habel, 21, of San Clemente, said she became involved with the club via her stepsister, who was also a part of the club before heading to Baylor University as a freshman. Her sister is now starting a chapter at Baylor, and McInerney said chapters are also cropping up at Chapman University and UC Davis.

“For me personally, struggling with mental illness as well, I’m more comfortable going to a group this age, sharing my story and encouraging people my age,” Habel said. “Teenagers and young adults are the next generation, and we need to stick around for each other and help each other out.”

McInerney acknowledged that organizations normally set a foundation before spreading their message, but the last two months have been a whirlwind of community interest—from San Clemente and Dana Point, to San Juan and Mission Viejo.

“For better or worse, what’s happened for us is, we haven’t quite solidified [our foundation] yet, and people have come to us saying, ‘I love the idea. I’m going to start a chapter,’” McInerney said. “Those people have gone out of their way to do that. So there’s a lot of passion behind it.”

The group held its first public meeting on July 28 at the San Juan Capistrano Community Center, where three speakers addressed the importance of discussing the reality of mental illness, the stigma surrounding illnesses such as depression and addiction, and the rising number of suicides and accidental overdoses in Orange County.

With overwhelming positive response from participants, many in their early 20s, club member Mishayla Jones, 21, of Dana Point, said she personally hopes to begin developing strong relationships with local high schools, where depression and mental illness are prominent.

The group has also been reaching out to city councils and commissions, and in the near future, hopes to develop a simple, user-friendly resource sheet with contacts of local organizations, as well as facts and misconceptions about mental illness.

“What makes us special, I think, is in southern Orange County, we’re a young group of kids who have other lives—we go to college, go to school, have other jobs—and we dedicate our time to this group because we know it’s important,” Jones said. “We’re trying to end the stigma against mental illness, and trying to tell people that it’s OK to not be OK.”