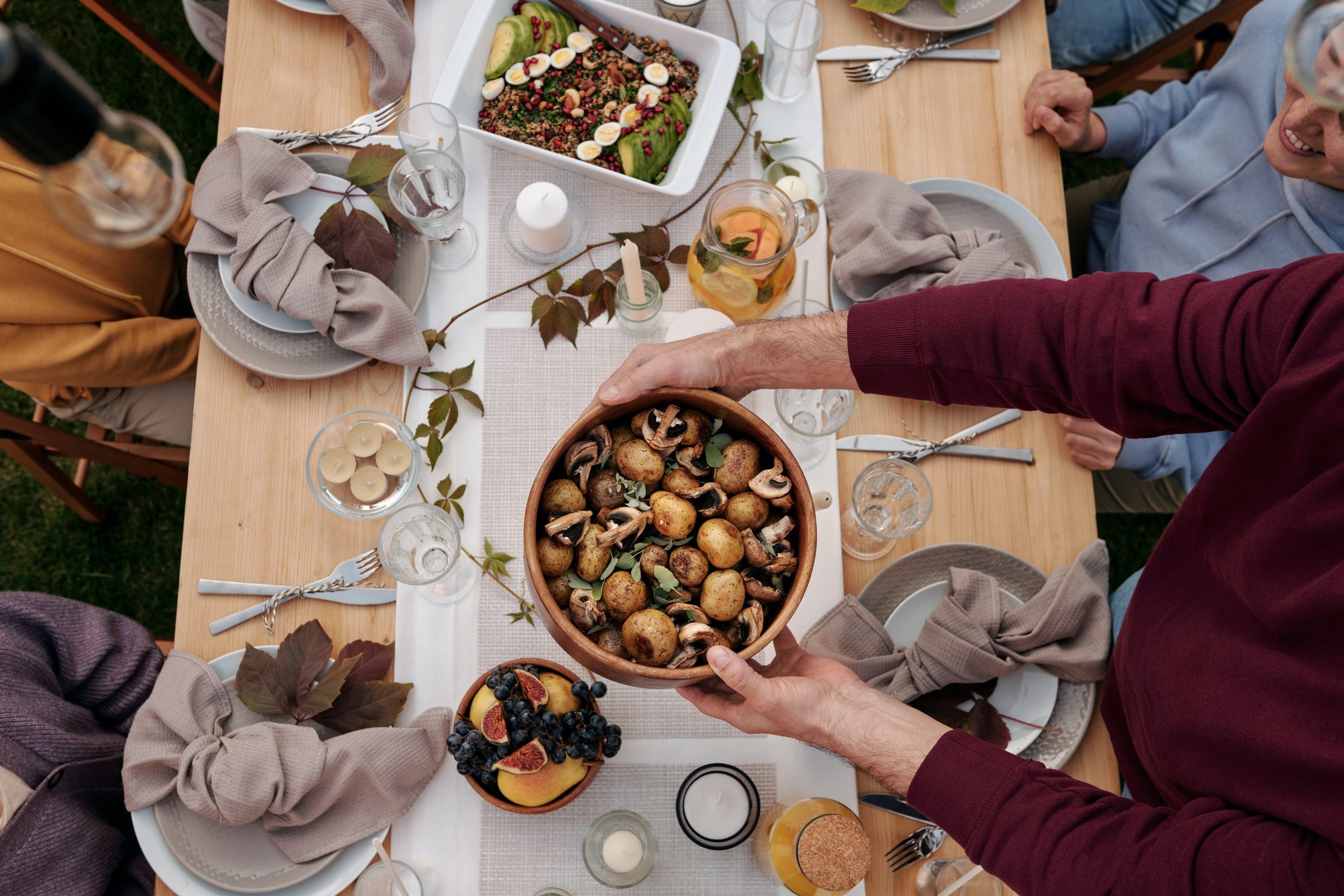 As states throughout the nation experience another spike in coronavirus cases, federal and state health officials have released new guidance and regulations for families and friends to consider before gathering around the table for Thanksgiving next week.

The California Department of Public Health advised late last week that the “safest way to gather is to spend time with people in the same household, gather virtually, or gather outdoors.”

For those who are planning to host a get-together, the state is mandating that gatherings include no more than three households—including both hosts and guests. And gatherings occurring in counties in the purple “widespread” tier, such as Orange County, must be held outdoors.

“Gatherings that occur outdoors are significantly safer than indoor gatherings,” according to the state, which also said, “If gathering indoors, increase fresh air circulation by opening windows or doors, as much as possible, especially in the rooms where people are gathering.”

Similarly, the Centers for Disease Control and Prevention advised hosts of get-togethers to limit the number of guests as much as possible, so people from other households can remain at least 6 feet apart at all times.

Both agencies are also encouraging hosts to instruct guests to wear face masks and coverings when not eating and drinking, also advising to limit the duration of the gathering. The state health office recommends a limit of two hours.

“The longer the duration, the risk of transmission increases,” according to the state.

Individuals who are considered a higher risk of contracting COVID-19, such as older adults and those with chronic medical conditions, “are strongly urged not to attend any gatherings, especially indoor gatherings,” the state said.

Such individuals who do attend the gathering should spend much of the time outdoors or near areas of the home where there’s outside airflow, such as windows and doors. Those who are feeling sick, particularly experiencing COVID-19 symptoms, should skip attending any gatherings.

The state is also discouraging people participating in indoor gatherings from singing, chanting, shouting and cheering, as such activities increase the risk of transmission.

And just like what’s already been highly recommended throughout the pandemic, handwashing and the regular use of hand sanitizer, especially after touching shared items, are highly encouraged during the gathering.