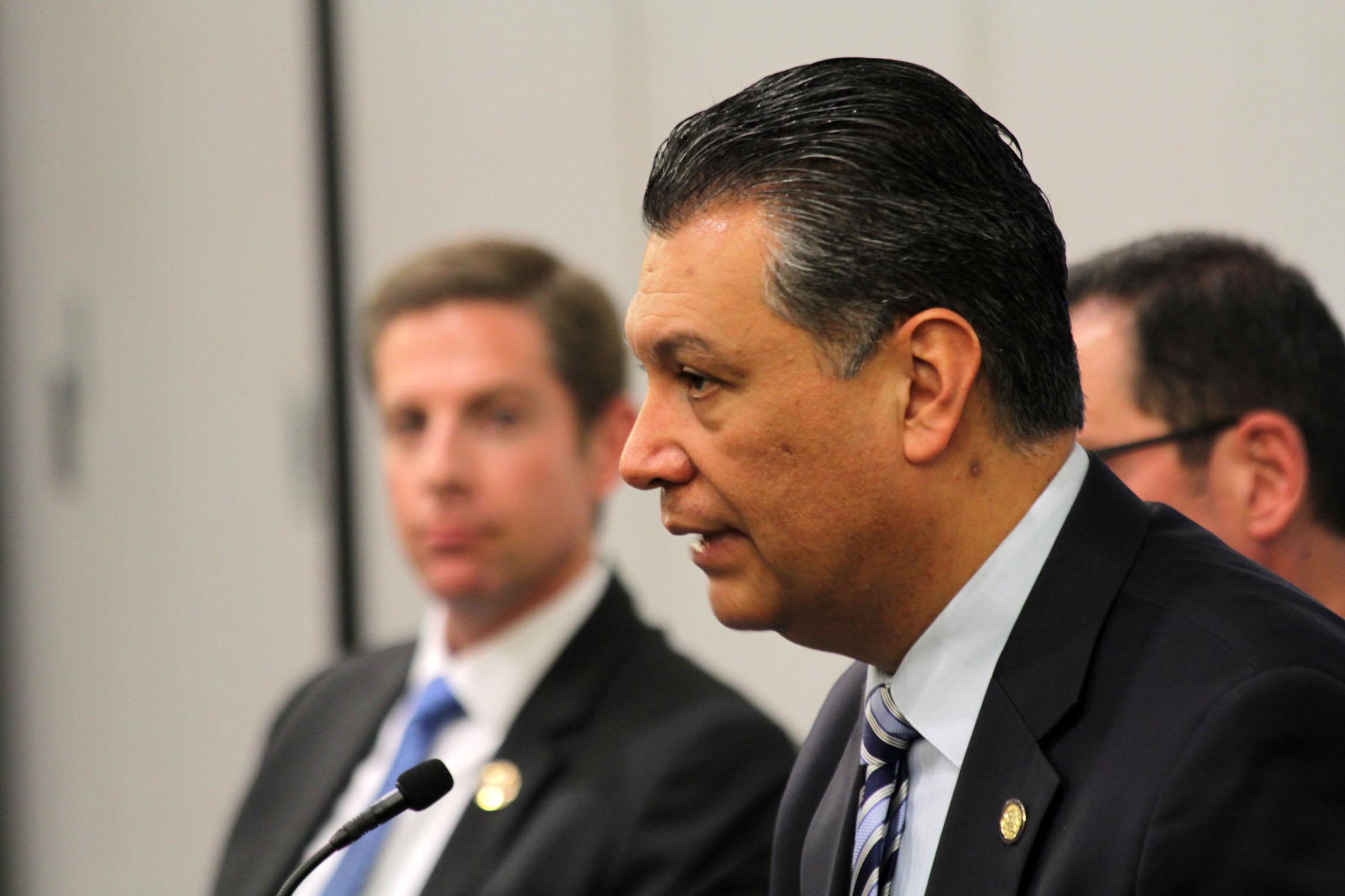 The town hall shed light on Orange County’s transition toward the Voter’s Choice Act for the presidential primary election on March 3. Under the new election model, every registered voter should automatically receive their ballot by mail and have options for how to return their ballot. Voters can either drop off their ballots at any ballot drop box in the county or at any vote center in the county.

“Our democracy is dependent on us participating,” said Padilla. “This new voting system makes voting accessible while maintaining security and integrity.”

Padilla stated he wished to dispel some misconceptions about the upcoming election and voting in general. He emphasized that the California primary election would not be a repeat of the Iowa Caucus.

The 2020 Iowa Democratic Caucuses, held Feb. 3, experienced a delay in final results due to what a spokesperson described as “quality checks.”

“What took place in Iowa was not an election; it was a caucus,” Padilla explained at the town hall event attended by mostly college students. “Caucuses are funded by political parties. Elections in California are not run by parties. What we’ve learned from Iowa is that Democrats tried to develop an app, and it went haywire. In California, we don’t use apps to cast, count or announce votes. There’s been a lot of misinformation and speculation about what happened in Iowa.”

The Iowa Democratic Party had used an app named IowaRecorder, developed by Shadow Inc. The New York Times reported that the app initially yielded data that was inconsistent, flawed and entirely impossible, causing delays in results into the following day.

Padilla also asserted that voter fraud is not common in the state of California.

Judicial Watch, a conservative activist group, had accused the state of California of having 11 counties with more registered voters than their estimated populations of citizens eligible to vote. The allegations were picked up by Breitbart, other news sites and tweeted out by Assemblymember Travis Allen (R-Huntington Beach).

Judicial Watch had previously alleged that by adding together the active and inactive voter lists in the 11 counties (Orange County was not named in the list), the number of voters is significantly larger than the voting-age citizens within those counties.

In 2017, the organization sent a letter to Padilla claiming it was important to combine active and inactive voters in the tally, because inactive voters can show up and cast ballots.

Padilla had told Los Angeles Times that that kind of math is “baseless,” and “bad math and dubious methodology.” When the LA Times asked Judicial Watch to share its analysis of voter registration in California, Judicial Watch declined

“Voter fraud is rare, because our safeguards are working,” Padilla said. “That doesn’t mean we aren’t vigilant. We have options for people to submit complaints. If you know something is happening that shouldn’t be happening, you can report it.”

Padilla also addressed beliefs that undocumented immigrants are able to obtain a driver’s license or identification and then vote.

“That is not true,” Padilla said. “That is a conspiracy theory.”

Both Padilla and Levin emphasized the importance of participating in the U.S. Census for 2020.

“This is a national population count, and it is imperative that we count every person,” Padilla said. “The census in California’s percentage of the national population determines its share of federal funding for the next 10 years. That’s funding for education, health care, housing, infrastructure. . . . If we have an undercount, that means there’s less of the money than we deserve coming to Orange County or to your community.”

“There are 20 million registered voters in California,” Padilla said. “No matter your politics, ideology or who you’re voting for, it’s important that we participate in our democracy.”

The 2020 California Primary Election will be held on March 3, but voters can now drop off their ballots at 38 vote centers throughout the county and another 150 locations four days before Election Day.