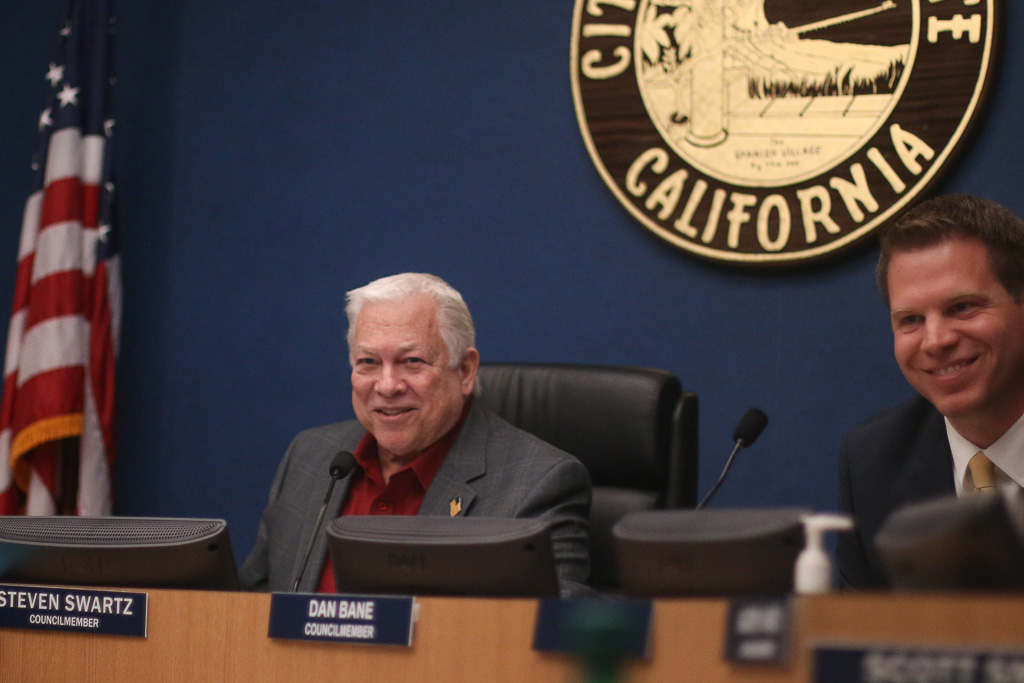 Swartz was elected to council in 2016.

It’s uncommon in San Clemente for the City Council to not appoint the prior year’s mayor pro tem as the next mayor; it’s only happened a few times in the last 30 years or so.

Outgoing Mayor Tim Brown and 12-year Councilmember Lori Donchak said their emotional goodbyes to the public service to which they had dedicated themselves.

Donchak thanked her husband and close friends along with the various community members with whom she had worked on city projects.

A teacher by profession, Donchak called Bane and Ferguson to the front of the class to give them some parting advice.

“Someone once told me that an effective public servant is looking toward the future,” Donchak said, adding that the new city council must manage its budget conservatively, make the spent nuclear waste at SONGS a priority, and to continue the fight against the proposed toll roads.

She also said that listening to the community helps the most.

The next city council meeting is at 6 p.m. on Dec. 18 at the City Council Chambers, 100 Avenida Presidio.