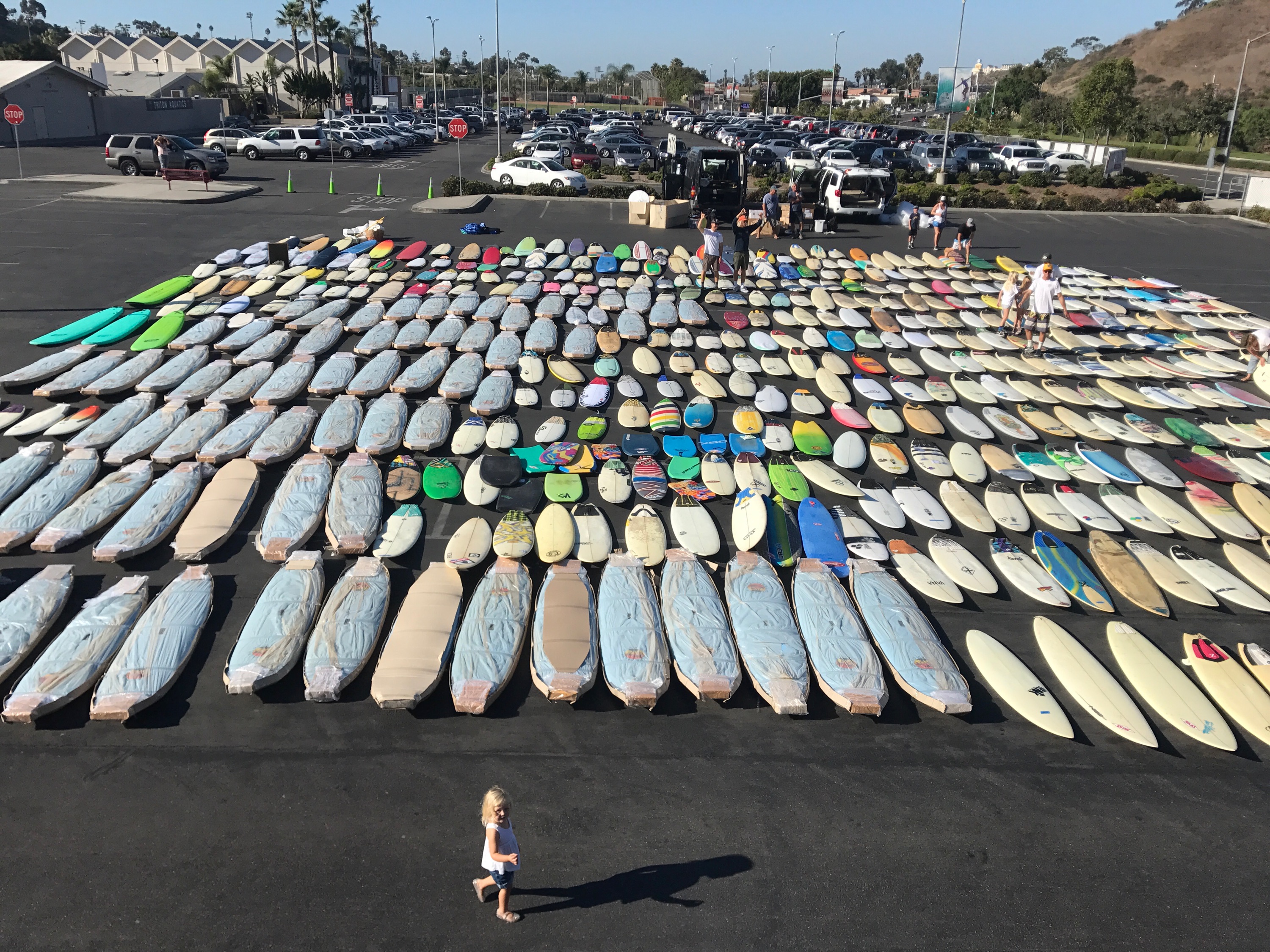 “Nothing makes me happier than seeing people glowing with the stoke, it’s a magical feeling,” reveled Dane Gudauskas less than 24 hours after the conclusion of the annual Stoke-O-Rama at T-Street.

Dane and his brothers, Pat and Tanner, have been busy lately. Running a surfboard drive through their nonprofit foundation, the Positive Vibe Warriors, the fundraiser came to a conclusion last week. In the end, the boys had collected more than 680 surfboards, along with hundreds of fins, wetsuits and other surf gear from around the country. The boards and surf gear were loaded into a giant shipping container last Saturday in the San Clemente High School parking lot and will now begin its journey to South Africa. The “Can’t Steal Our Vibe” campaign was designed to benefit Surfers Not Street Children and Waves for Change, which use surfing as a tool to reach underprivileged youth in the townships and hardscrabble communities in South Africa.

“You know what’s amazing about all those boards?” inquired patriarch Tom Gudauskas. “Each one of those boards was shaped by hand. Every shaper you can think of is represented here. From Terry Martin, to Midget Smith, to Bill Stewart, to (Matt) Biolos, to Xanadu, almost every shaper is here. Not only that, but all the glassers and sanders that helped build these boards. Then think, at one time or another, somebody loved every one of these boards. That’s a lot of love. And now they’re getting shipped to South Africa where they’re going to begin a new life.”

As if all this weren’t enough, keeping the vibe alive, the Gudauskas boys ran it back the next day, hosting their annual Stoke-O-Rama at T-Street. With more than 120 local groms hucking themselves into the heavy south swell, Dane was on the mic hooting, frothing and yelling things like, “How was that Haleiwa fade, folks!”

To say what the Gudauskas boys have accomplished is inspiring is an understatement. The stoke level in our local waters has never been higher.