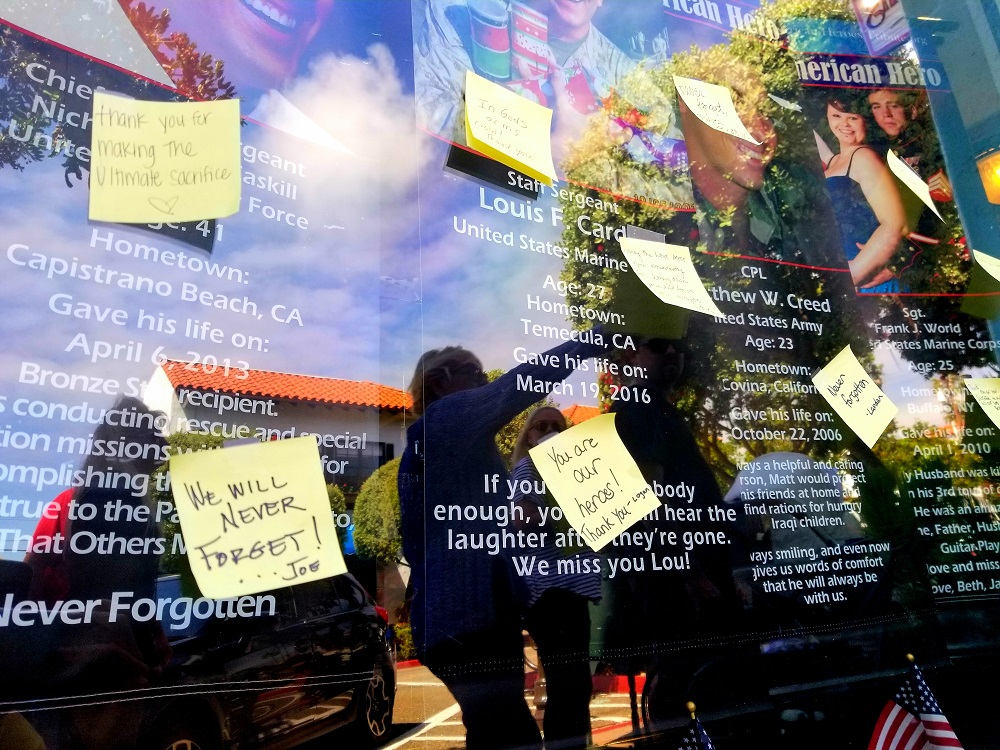 A windowfront display drew the attention of passersby in downtown San Clemente this Memorial Day weekend.

“They print and donate these large commemorative banners specific to the fallen heroes of the war on terrorism,” Alexander said. “I’m an active donator to the charity. And since I bought the business a couple years ago, we’ve showcased them on Memorial Day. This year they delivered five banners and we put them in the window.”

Each banner had a photo of a fallen hero and details about their life and service. Some of the soldiers were local or from nearby towns: Capistrano Beach, Temecula, Covina and Shreveport, Los Angeles. Another hero was from Buffalo, New York.

The yellow Post-it notes, signed by each person who had written them, had messages like “You are our heroes” and “Never forgotten.”

A bucket of notepads and pens were also left on the windowsill, prompting more people to add to the memorial.

Alexander said she doesn’t know who started the little notes, but she thought it was very sweet. She didn’t imagine that people would start getting involved.

“I love what a big heart San Clemente has. This is just a testament to our town,” she said. “My husband is a veteran, so we are super grateful for everybody’s service.”

Rascal’s Boutique is closed on Memorial Day, Alexander said to honor the men and women who died.

“They’re the ones that we should remember,” she said.