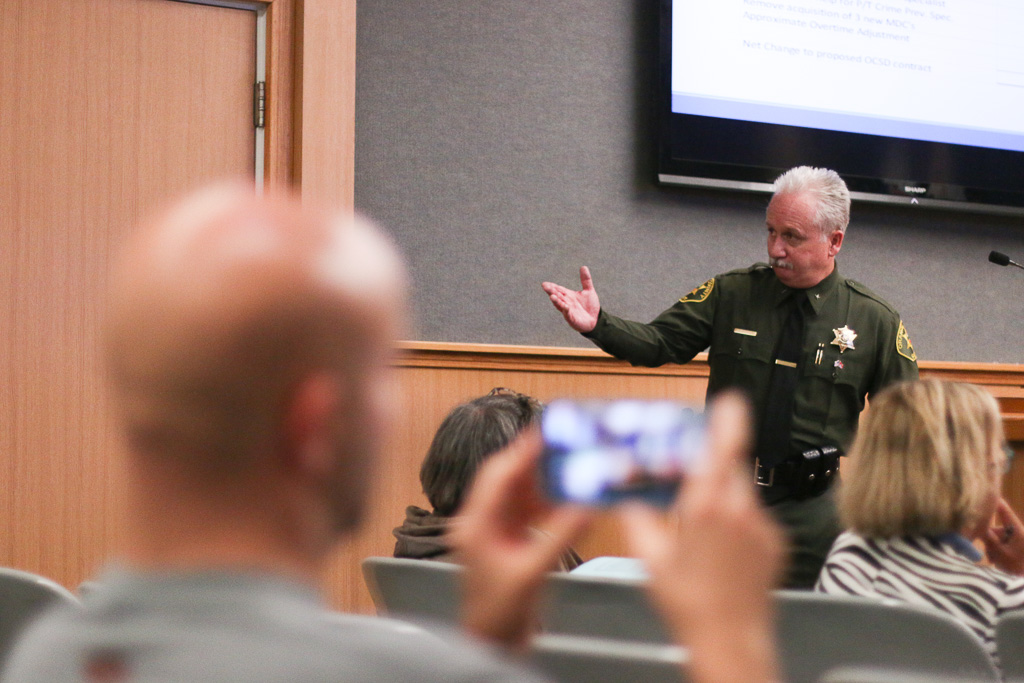 Nearly two years after the city of San Clemente collaborated with Mission Viejo and 11 other cities for a study of the Orange County Sheriff’s Department (OCSD) service contracts, results are showing cities are being billed at a rate that is outpacing inflation and growth in city revenue.

Leading up to the study, city managers met with OCSD budget staff representatives to better understand the reasons for the increase in costs. Pension costs have been in the spotlight for some time, as the payments to those beneficiaries have risen in recent years.

“The folks out there don’t get to see all the things you (do for) us,” said Mayor Pro Tem Dan Bane. “We appreciate everything you do and all that your deputies do. We’ve enjoyed partnering with you, and we’ll continue to do that.”

Councilmember Kathy Ward said she was appreciative that OCSD Sheriff Don Barnes was willing to look at cost savings for the cities that contract with them.

“One of my concerns is that we’re at the end of the county . . . we’re so far away from Santa Ana, and I want to make sure if there’s (a regional service) that we get our fair share,” Ward said.

According to the study, the average range of increases in contracts for all cities involved in the study was between 5.69% and 7.40%—and a 10-year increase of about 33%.

San Clemente makes more calls for service than any of its neighboring cities, including Mission Viejo, which has about 40,000 more residents, according to figures from OCSD.

San Clemente and the other cities paid equal portions for the study based on their populations.

The city’s only action was to file the report, and it will work with OCSD contract staff for amendments to service contracts that reflect actual salary and benefit cost, discuss reducing costs of fleet maintenance and identify further enhancements to law enforcement.