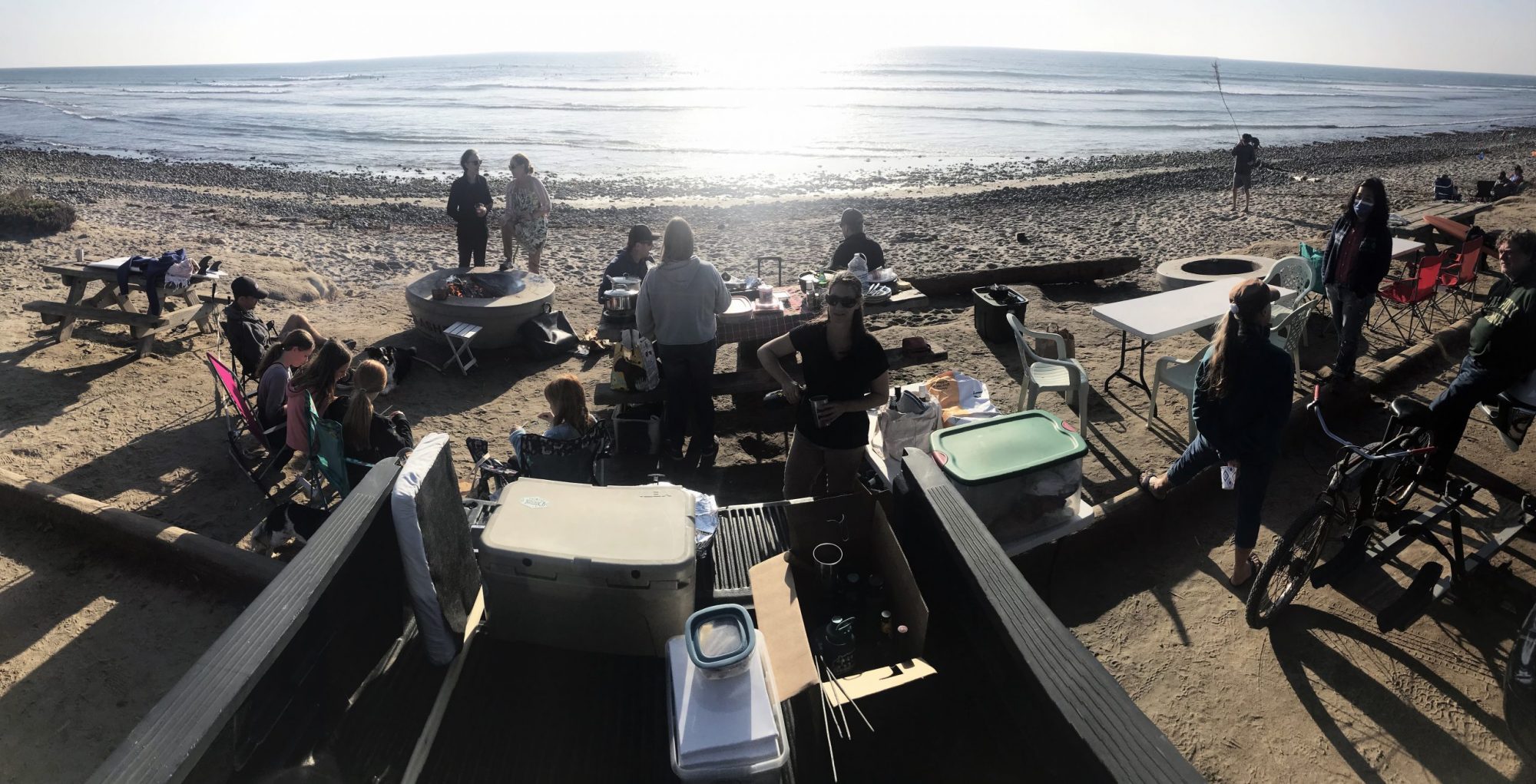 Give a wave to get a wave, don’t get stung by a stingray, and other tips for a surf-soaked summer

Memorial Day has come and gone, a steady run of south swell continues to pour, and there have been some big crowds at the premier spots.

Summer must be here. Of course, it’s not all coconut-scented wax and sunburns; with summertime officially in full effect, here are some things to consider:

As noted, there are a lot of humans in the water. Riding waves is more popular than ever, and that’s a good thing for surf towns like Dana Point and San Clemente, but what’s going to make all this work is if people are tuned into proper surf etiquette, as well as their environment.

In terms of etiquette, that means respecting the surfer who is taking off closest to the peak, not dropping in on folks and understanding that sometimes giving waves is just as satisfying as getting waves.

“Give people space,” explained two-time world champ Tom Carroll in a recent conversation. We were talking about his home zone around Sydney’s Northern Beaches, but the same applies here.

People are paddling out for any number of reasons; don’t be the person who bums out their trip. If somebody’s got a sneaky peak to themselves, the noble thing to do would be to let them enjoy the moment.

If you approach your session like it’s a surf contest and every wave is a paddle battle, you’re either doing it wrong or you belong at Lowers. It’s a big ocean out there, so give people room to move.

Same goes for all those e-bikers who fly down the Trestles trail. You don’t have to see how close you can get to some family who’s on foot. Leave buzzing the tower to Top Gun. And when you get to the beach, please don’t park your e-bike on people’s stuff. Sure, your bike is heavy, but like the ocean, it’s a big beach; give people space.

In terms of the environment, I’ve had more than a few lifeguards talk to me about experiencing the “Instagram effect,” in which people come to the beach and are trying to score that perfect Insta moment but are so consumed in capturing content, they’re oblivious to their surroundings.

This is especially dangerous somewhere like Laguna Beach, where folks walk out on the cliffs to snap a selfie, then get hit by a wave or slip because their face is buried in their phone. Moral of the story, pay attention.

And when it comes to sea life, like you e-bikers, space is key. If you encounter a sick marine mammal, don’t be an Instagram hero and have somebody film you dragging it back into the ocean. Let a nearby lifeguard know what’s up or call the local animal control. It’s on the beach for a reason; let the professionals handle it.

On a personal note, do everything in your power not to get stung by a stingray. It’s really easy, just shuffle your feet along the ocean floor if you’re at a sandy beach. Stingrays love warm, sandy shallow water.

A few months back, I got stung at Poche, and it’s not fun. When I was a lifeguard up in Seal Beach after college, we’d deal with hundreds of stingray wounds a summer (thanks to the warm water of the San Gabriel River), so I was no stranger to how much pain the little creatures can inflict.

I’ll never forget one woman describing it as “worse than childbirth.” I’m not qualified to make that comparison, but it hurt like holy hell.

Soaking your foot in hot water is the best remedy for breaking down the stingray’s neurotoxin and relieving the pain.

The stingray got me right on the tip of my big toe, and I probably should have gone to the doctor to get the wound cleaned out and a prescription for some antibiotics. I’m fine now, but it took a good month-plus for my foot to heal.

With so much swell, summer’s already off with a bang. Let’s keep it rolling.