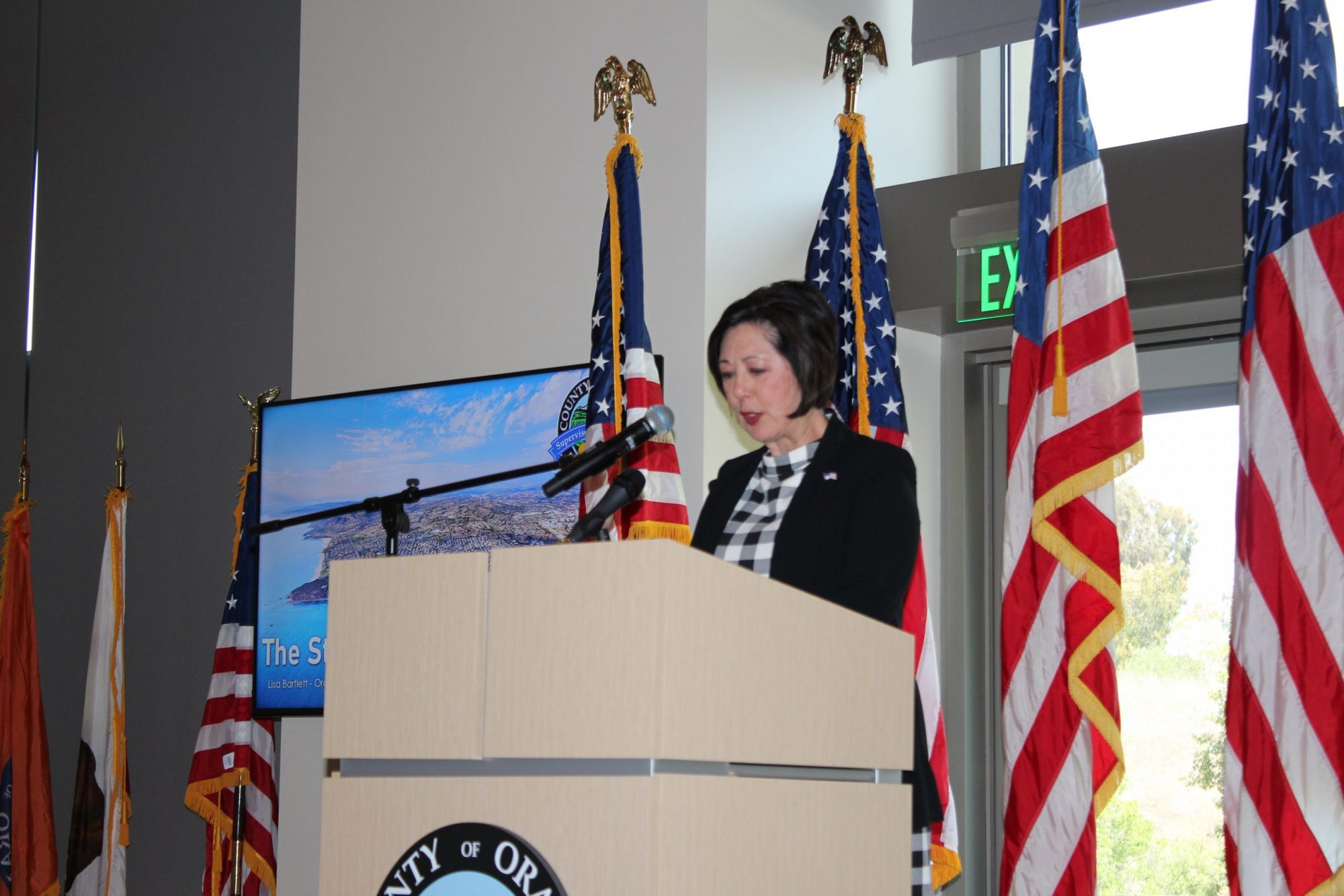 Housing, the revitalization of Dana Point Harbor and public safety were among the many topics that Orange County Board Supervisor Lisa Bartlett touched on during her State of the Fifth District Address on Thursday, May 5.

Bartlett highlighted new housing construction in the form of affordable housing complexes underway in San Juan Capistrano—specifically, on Paseo Adelanto at the current City Hall site and The Groves complex on Camino Capistrano across from JSerra High School.

“The Paseo Adelanto project just received board approval for funding, and The Groves project is currently under construction and scheduled for completion later this month,” Bartlett said.

Construction has not yet begun on the Paseo Adelanto project. Housing at The Groves is intended for senior citizens.

Bartlett also mentioned the revitalization of Dana Point Harbor, a public-private partnership in which the Dana Point Harbor Partners plan to revamp and manage the harbor within five to seven years under a long-term lease agreement.

“They’ve got the ability to do things a lot quicker,” Bartlett continued. “This is a $400 million project. When I got elected, I said how are we going to pay for this project? The county doesn’t build boat docks. We decided the best thing to do is to bring in that private sector partner.”

A three-tiered parking structure for the area should open soon, Bartlett said.

“We allocated about $14 million dollars—most of that was in a grant—for body-worn cameras,” she said. “I’m confident this technology will help improve the interactions between our deputy sheriffs and the public, and capture evidentiary outcomes.”

As for fentanyl, Bartlett said abuse of the drug is a public health risk.

“When you take a look at what’s happening in our communities, the numbers and percentages are really staggering. From 2016 to 2020, fentanyl-related deaths in Orange County increased 1,110% and statewide, they increased 1,600%,” she said. “From 2017 to 2020, the Orange County Sheriff’s Department seized over 388 pounds of fentanyl, which potentially contained 88 million lethal doses and had a total street value of $43 million dollars.”

The county is devoting resources to address fentanyl abuse and raise public awareness on the issue, Bartlett said. Drug dealers who sell or distribute drugs should get harsher penalties when drug users die, including being charged for murder, she said.

“Currently the state has the sole authority to place sexually violent predators in communities, and the burden is then placed on counties to—if needed—locate secure housing for these individuals that have been convicted of a sexually violent crime,” Bartlett explained.

“Law enforcement is provided notice but here’s the issue … no provision is made for counties to participate in the placement process or to object to the state’s plans for placement,” she added. “Local jurisdictions really should have the opportunity to weigh in on this process.”

Bartlett, a Republican, is serving her last term on the Orange County Board of Supervisors because of term limits. She is currently running in the 49th Congressional District race against Democratic incumbent Mike Levin and other challengers including former San Juan Councilmember Brian Maryott, Josiah O’Neil, Christopher Rodriguez, Renee Taylor, and Nadia Bahia Smalley.

The Primary Election for the Congressional race will be held on June 7.