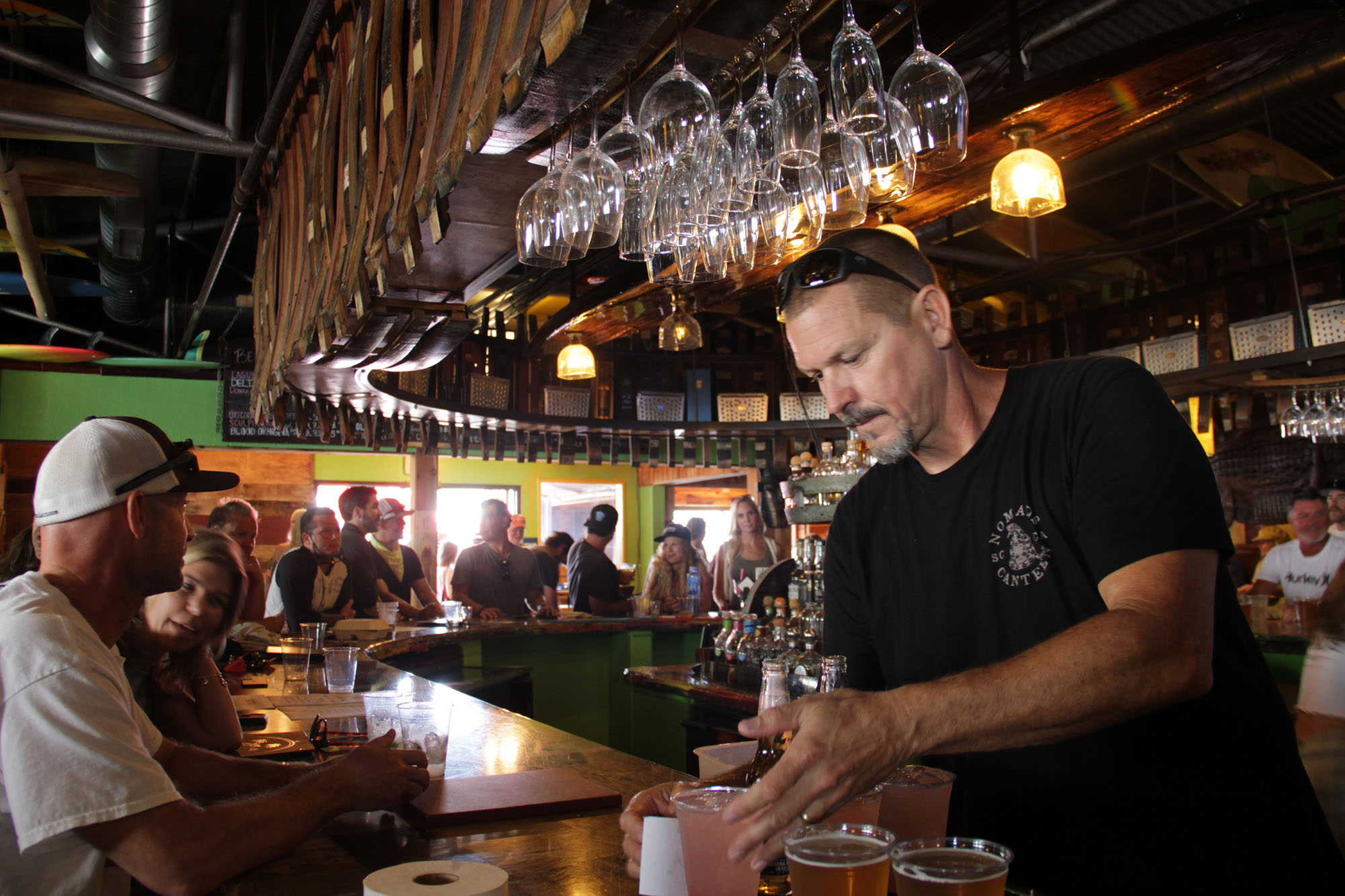 A warning the county health office reportedly intended to issue to the owner of Nomads Canteen, which reopened for dine-in service in defiance of the statewide stay-at-home order this past weekend, has prompted a sharp rebuke from two Orange County Board Supervisors.

“We have worked with HCA leadership about this unfortunate unilateral department action,” the statement said. “We understand that HCA will promptly be rescinding all threats and will take no enforcement against Nomads as long as it continues to comply with Orange County’s guidelines.”

On Friday, May 1, Jeff Gourley reopened Nomads Canteen for in-person dining, attracting crowds of people to the restaurant, which, like other establishments, had been operating on a takeout-only basis since Gov. Gavin Newsom issued his stay-at-home directive on March 19.

Gourley explained to San Clemente Times on May 1 that he had made attempts to socially distance customers by spreading out tables inside and having patrons wait on the patio area. However, the restaurant quickly filled with customers, many of whom had been part of the protest in Downtown San Clemente.

A Los Angeles Times story over the weekend reported that health officials, along with Orange County Sheriff’s deputies, had met with Gourley that Friday.

Jessica Good, public information manager for the Health Care Agency, told LA Times in an email that the Environmental Health Division contacted the owner, “who understood that he is operating in violation of the governor’s order.”

She then said a written warning was to be issued that could lead to a permit suspension.

News of the HCA’s alleged effort to punish Gourley by suspending his permit quickly drew criticism from both Steel and Wagner, who believe the restaurant has been complying with the county’s guidelines.

Last week, the Board of Supervisors unanimously passed a set of guidelines centered on how businesses should conduct themselves once restrictive orders set by the state and federal government are lifted.

According to the guidelines, which are not meant to “supersede any conflicting or more restrictive orders by local governments, the State of California, or the Federal Government,” businesses are to practice social distancing by maintaining a minimum of six feet between customer-facing employees and the general public.

In their joint statement, Steel and Wagner said it should be up to state and local law enforcement authorities to enforce the state’s orders.

As of press time, officials from the county health office and Steel’s office had not responded to requests seeking comment.