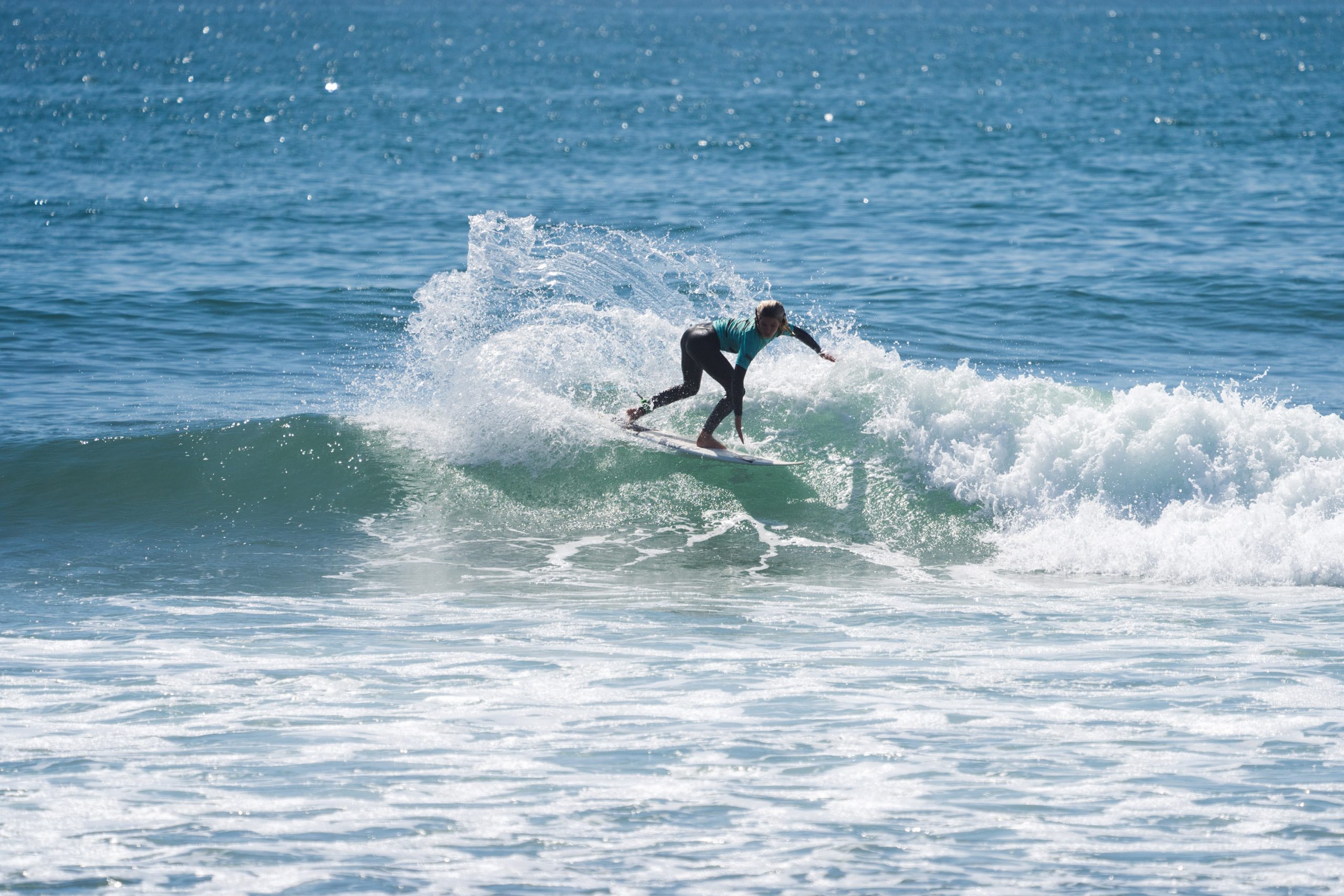 San Clemente is the de facto hotbed of American surf talent. That’s not an understatement or hyperbole. From the old guard to the up-and-coming next generation, nowhere else in the United States boasts the accomplishments and depth that this little Spanish Village by the Sea does.

Consider that right now, with Kolohe Andino and Caroline Marks, half of the U.S. Olympic surf team lives in town. In Griffin Colapinto, we have the U.S. Open winner.

Then there are world champs Kelly Slater and Mick Fanning, who’ve both been posted up here as of late. And we haven’t even touched on all the former Groms of the Week who are taking their act out on the international stage at the moment.

But it’s not just the surf stars who make this place magical. It’s everyone else who’s dared to chase their dreams and dedicate themselves to the pursuit of wave-riding. And that’s where the San Clemente Board Riders Club (SCBC) comes in.

SCBC is a chapter of the West Coast Board Riders (WCBR), a consortium of clubs from surf towns up and down the California coast (and now expanding to the East Coast for the first time this year).

The concept has been modeled after the widely successful Australian surf clubs. An opportunity to bring different groups of surfers from town together, the clubs are focused on building community. As the tagline reads, “The future is local.”

On Nov. 6, San Clemente will host the first event of the 2021 WCBR season at San Onofre’s Church Beach. The San Clemente chapter will compete in a team format against clubs from Dana Point, Laguna Beach and Newport Beach.

“We’ve been doing a lot of behind-the-scenes work over the last few months and are really excited about where we’re at,” says club co-founder Benji Severson. “One of the big foundational moves we’ve made is to transition the club to a nonprofit status. And to be honest, I’ve been pretty blown away by the level of support we’ve enjoyed.”

The San Clemente Board Riders Club has recently locked in a partnership with surf company Rip Curl, as well as solidified their relationships with Stance, Jack’s Surfboard and Nomadix.

“To have that kind of commitment and support from a company like Rip Curl, it’s going to make a difference,” D’Andrea further explains. “We couldn’t do what we do without the support of our sponsors; they’re part of the family, and that’s what this whole thing is all about.”

For the first time, the San Clemente Board Riders Club is also awarding a scholarship to one of its members. Partnering with Left Coast Brewing Co. on the initiative, this year’s recipient is Sawyer Lindblad, who’s on the verge of qualifying for the WSL Championship Tour.

After big results at the U.S. Open and in Europe, she’s one event away from graduating to the biggest stage in surfing. These funds will go toward helping her turn her dreams into a reality.

“The Lindblads are such an awesome local family and so representative of what we’re all about,” Severson says. “In one of the club contests, we had Sawyer, her brother Taj, and their father, Marc, all competing.”

“Hopefully, this scholarship helps Sawyer keep pushing forward,” Severson says. “Whether she makes the Tour this year or not, we’re so proud of her, and it means the world to be able to support her journey.”

The WCBR season will culminate with the national championships coming to Lower Trestles later this year. And, hopefully, if things go according to Severson and D’Andrea’s plan, they’ll have a lot to celebrate in front of the hometown crowd.