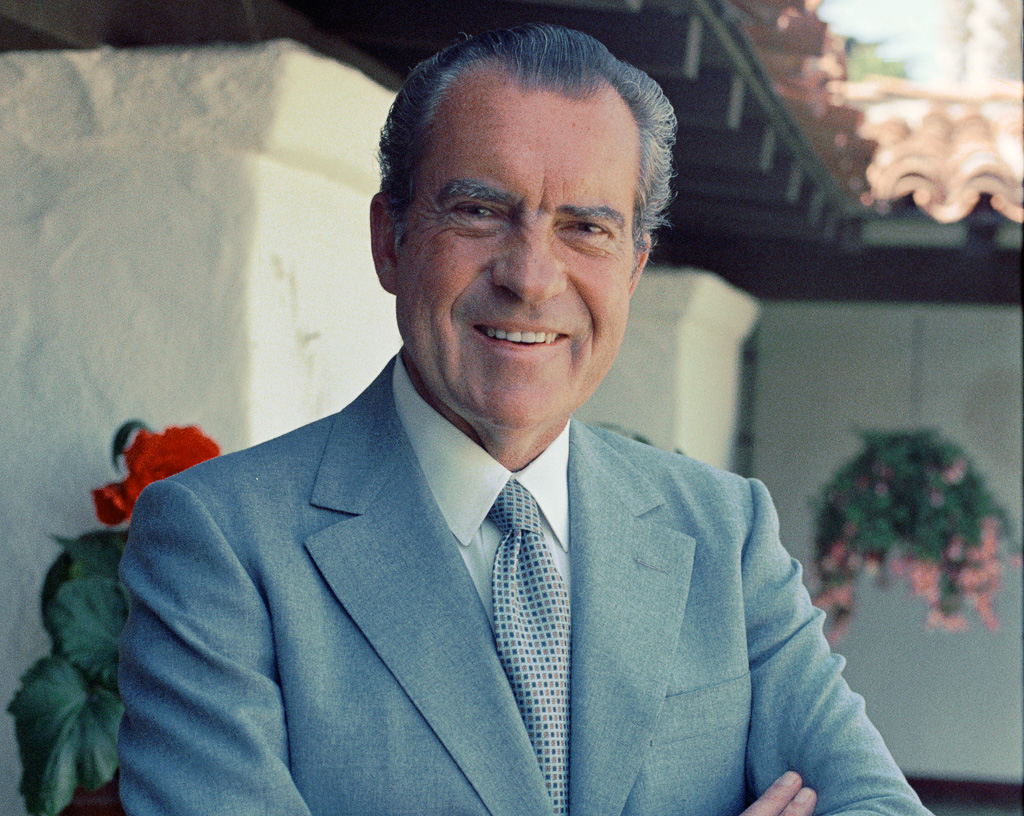 Surf, Turf and Politics: From the Sand to the Greens, President Nixon’s Trippy Contributions to Local Surf Culture

This week, as we celebrate the birth of the United States, let’s discuss a brief riff to illustrate the tepid, if not comical, relationship between President Richard Nixon and local surfers.

Nixon’s “White House of the West,” romantically perched on the beach at Cotton’s Point, was famously a frontline in the battle between the surfing counterculture and the Vietnam War-era “straights” of which Nixon was the flagbearer. During this time, surfing at Trestles was illegal, and more than a few eager wave-riders had their boards seized by Camp Pendleton’s Military Police (MP).

Over the years, a lot’s been said about the battles between the surfers and the MPs, most notably the relationship between SURFER Magazine founder John Severson and “Tricky Dick.” Topping the masthead of the provocative publication, Severson ended up living next-door to the president.

“He was one tough cookie,” recounted Severson in Surf, his 2014 memoir. “I tough-cookied him right back.”

Eventually, the weight of the U.S. government and the Secret Service’s constant monitoring proved too much for Severson, who sold SURFER, pulled up stakes and moved to Maui to live a more peaceful life as an artist.

But Nixon’s presence wasn’t just felt on the sand. An avid golfer, the course at Shorecliffs was apparently one of his favorites (mind you, this is before Interstate 5 cut the course in half). A while ago, I was playing the course and found myself paired up with a lifelong San Clemente surfer. We got to talking about his heady experience with the 37th president.

A survivor of the wave wars, when we pulled up to the par-four sixth hole, he asked, “You wanna hear the best golf story ever?”

How could one turn down an offer like that?

So, he starts in on a story about how he and his friend had been playing Shorecliffs one day in the 1970s. They were on the sixth hole, and after teeing off, sat in the shade and smoked some marijuana. About halfway through their smoke, a flurry of golf carts came swarming from every direction.

“That’s when pot was a pretty big deal,” he explained. “So, we threw the joint in the bushes and waited. Then a Secret Service guy with a 16-inch neck gets out of one of the carts and says, ‘Excuse me gentlemen, do you mind if the President of the United States plays through?’”

Obviously a bit paranoid, they obliged President Nixon and “some colonel or general he was playing with.”

The military man hit first; a long, straight drive that split the fairway. Then Nixon teed up. He barely dribbled it out of the tee box.

“So, he turns to us and says, ‘Excuse me,  boys, you don’t mind if I hit another? I’m not saying anything at this point. We’d thrown the joint in the bushes, but the wind was whipping it up and you could smell weed all over,” he laughed. “None of the Secret Service guys could figure it out. Then my friend steps in and says, ‘Of course, sir. You’re the leader of the free world.’ So, Nixon takes his mulligan and lands it in the fairway. My friend comments, ‘Nice drive, sir.’”

“I don’t see your ball out there,” Nixon huffed.

“I’m there in the fairway,” retorted the guy’s friend.

Then Nixon turned and fixed his glare on the storyteller.

“I just remember this huge head staring at me. I was just trying to keep quiet,” he explained. “So, I say to Nixon, ‘Well sir, my ball’s up there on the green.’”

He had gotten a good bounce and driven the green before taking his smoke break.

“Immediately, the Secret Service guys bust out binoculars and check,” he said. “Nixon must have been impressed because he said, ‘How’d you boys like to play some golf with the President of the United States?’”

Before he could stop him, his friend interjects, “That would be amazing, sir. We’d love to.”

“We played the next three holes with him stoned out of our minds and never once talked politics, just golf. But I did have a talk with my friend in the cart and he didn’t say much after that,” he added.

Some years later, because of Nixon’s Legacy of Parks policy, the San Onofre State Park was created. Today it is the most visited California State Park and a vital part of the San Clemente surf scene. And if you’re looking for a real estate investment, the Nixon estate went on the market last May. It was listed at a paltry $63.5 million.

New Shaper on the Block