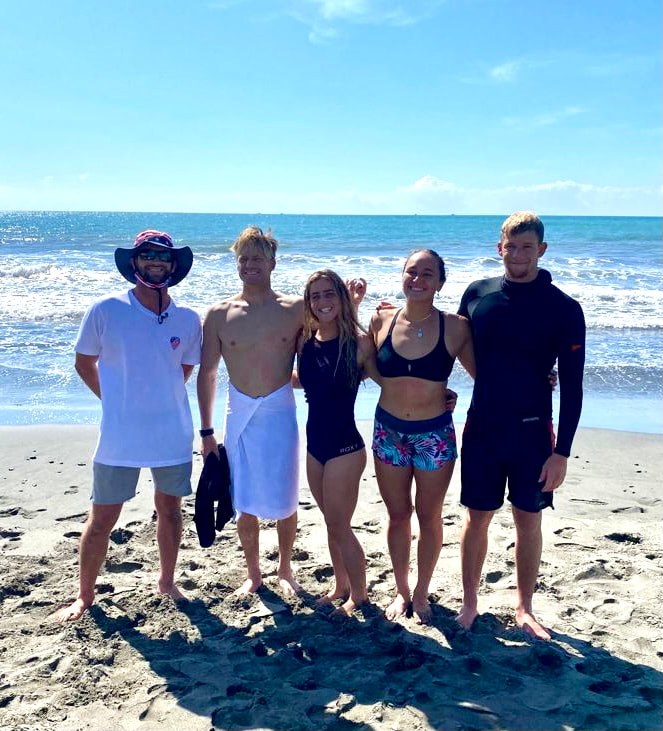 Surfboards and Swell Lining Up for Surfing’s Olympic Debut

Plenty of Reasons to Be Excited About Summer Games

The time has finally arrived, after a long road full of twists and turns. The Tokyo Olympic Games are at hand, and with them the premiere of surfing as an Olympic sport.

Representing the United States will be San Clemente’s own Kolohe Andino, as well as another local resident, Caroline Marks. They’ll be joined by Hawaii’s John John Florence and Carissa Moore, both World Champions.

Supplying the boards for three out of four of these surfers is San Clemente shaper Matt Biolos.

“We’ve put a lot of work in, especially on the small-wave boards for Kolohe, Carissa and Caroline; we really put a lot of effort into them and pushed things to some radical extremes,” Biolos explains.

“This is a dream come true for these surfers, and to be able to support them with equipment to help them realize this dream, it’s pretty cool,” Patterson says.

Patterson explains how Ferreira’s been really enjoying his Synthetic ’84 model, which he’s included in his collection of Olympic boards. Featuring a beaked nose in a nod to the classic ’80s design, the board has been overhauled with modern curves, contours and rocker.

“When Italo first tried this board, his guys in Brazil told us not to even bother making one for him, but I threw one in his order anyway, and it turned out he loved it,” Patterson explains. “So, we’ve been developing that for small beach break surf ever since.”

The Olympic surfing competition will take place at Shidashita Beach in the Chiba Prefecture, and up until now, everyone—surfers and shapers included—assumed the waves would be weak and gutless.

Well, thanks to an active Pacific Ocean, the waves actually could pump for the start of the waiting period.

Olympic Surf Forecaster Kurt Korte, who is also a lead forecaster for Surfline, released an initial outlook that indicates there could be multiple swell-producing tropical cyclones forming.

“Honestly, the forecast for Shida is pretty damn promising at this point,” Korte writes. “We’ll just need to nail down which days will have the best combo of size and favorable conditions.”

“Tropical Cyclone In-Fa is taking shape to the south of Japan. It’s likely to become a typhoon in the next day or so. That’s too early, and it tracks too far west to help the contest,” Korte continues. “Later this week, another system is likely to form in that same region—but this one heads north into Shida’s swell window instead of moving away. We are still nailing down the timing of that system and how close it might get to Shida, but that will come into better focus in the coming days.”

“I’m not worried about it,” Biolos says. “Kolohe was going over there with 12 boards; Carissa and Caroline about the same. I told them, this is the Olympics; be prepared for anything.”

“We’ve been watching the surf cam for six weeks straight, and if the conditions are like we expect them to be, I think there’s a very strong chance we’ll see these surfers on the podium,” Biolos says.

The opening ceremonies for the Olympics will take place on Friday, July 23, and another chapter of surf history will be made.