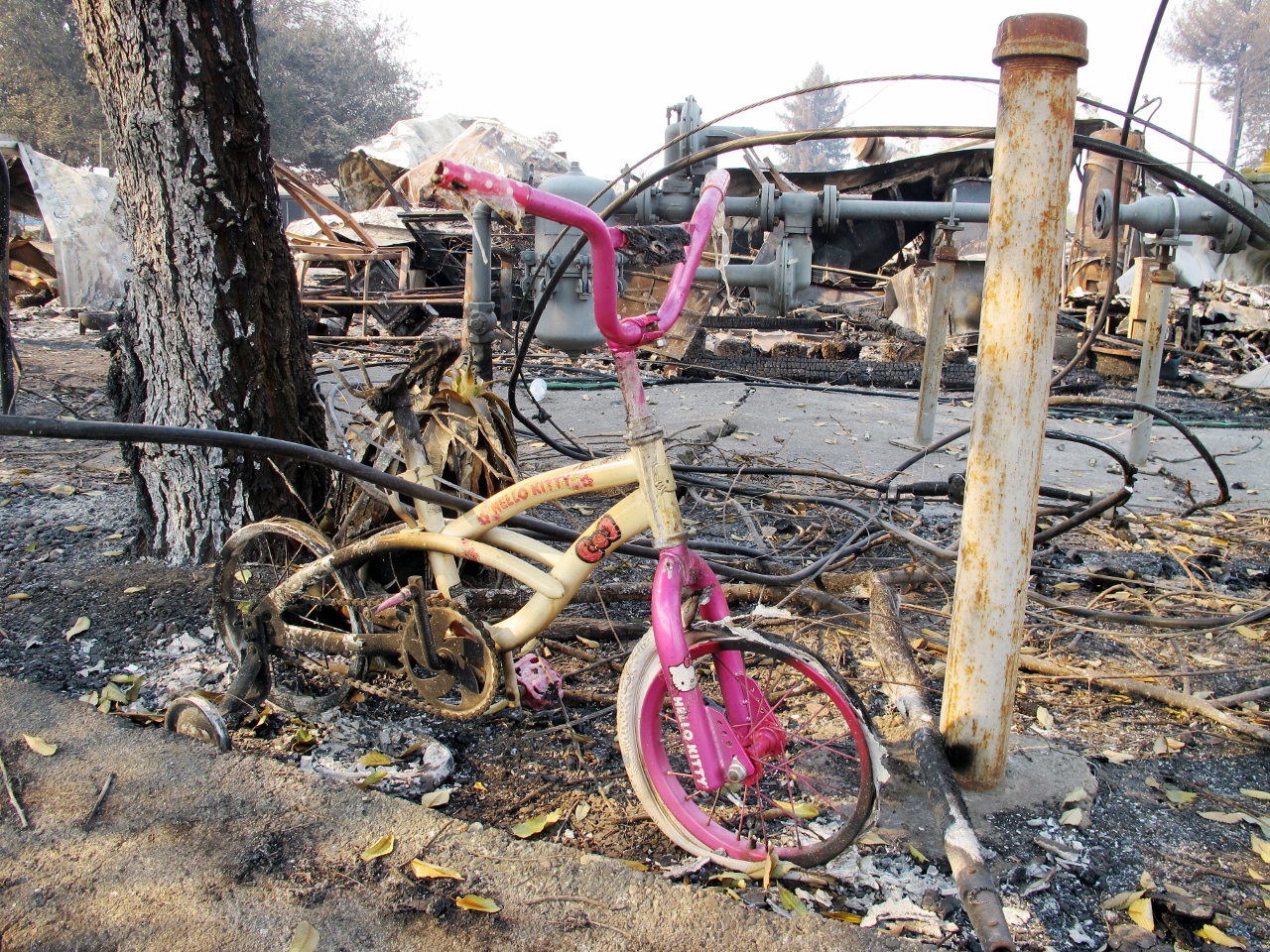 Nobody’s prepared to lose everything. My mom keeps saying, “it’s just stuff,” but nobody’s ever really prepared for the devastation of a flood, or in the case of my folks, a fire.

Last week, about the time I usually sit down to write this column, I got a text from my mom in Santa Rosa: “We’ve been evacuated, but we’re safe,” she assured me. The Tubbs Fire was raging in Sonoma and Napa counties and quickly engulfed the family home, which burned to the ground in the matter of minutes—along with all of their neighbors’ houses. They had enough time to grab their computer, their last will and testament, their loving dog and the old lady that lived across the street. It’s fair to say they saved her life.

The fires in Sonoma and Napa Counties can only be described as apocalyptic. Entire neighborhoods with hundreds of homes have burned to the ground. Hotels, shopping centers, all gone in an instant. Now, a week later, as the fires continue to burn, rough estimates are that 6,000 houses have been lost and an upwards of 50,000 people have been displaced. For reference, about 35,000 people live in Dana Point.

This column is supposed to be about surfing, and in the most remarkable way, it still is this week. When the fires broke out I received a remarkable amount of messages and support from friends asking what they could do to help. By midweek I told my mom, “I can’t hold back the flood, people want to help, I’m driving up.”

My wife and I decided to see if we could collect some stuff to bring a little relief to family and friends. We made a Facebook post, listed a few items and directed people to drop off stuff at her Pilates studio in San Juan Capistrano.

Less than 24 hours after hosting the Stoke-O-Rama surf contest, and 48 hours after loading 700 surfboards into a container bound for underprivileged kids in South Africa, Dane Gudauskas was the first to respond. He loaded us up with boxes of new Vans, new jackets, Positive Vibe Warriors T-shirts, blankets and so much other goodness. From there we were rolling. Our local surf community rallied in a huge way.

Friends that I’ve surfed with and worked with for years came out of the woodwork. I don’t know if they wanted to have the spotlight shone on them here, they probably don’t, but I’m going to do it anyway. I’ve always known Art Brewer was the man, but he really rose to the occasion. Rallying friends and neighbors, by the time I got to his house on Friday afternoon to pick up relief supplies his front yard looked like a Red Cross center. Other local surf photographers like Tom Servais and J.P. Van Swae were more than generous. Surf industry insider Bruce Beach stepped up, and his boys, Max (last week’s Grom of the Week) and 2-year-old Albee, even added some of their favorite things to the pile. Frankie D’Andrea, a Bay Area native, got behind the effort and leveraged his vast network. My wife’s pilates clients and friends were equally generous.

Ultimately, we ended up filling my truck and a friend’s Suburban with relief supplies. We drove up early Saturday morning and hit the ground running in the afternoon. Maverick’s water safety guru Frank Quirarte met us up there. He’d also collected relief supplies. We put a plan into action and got busy.

My mom’s good friend, the director of human resources at Korbel Champagne, gave us access to their facility to serve as a distribution point. We leveraged all of our local connections and got the word out to people in the Santa Rosa community who were still reeling from the fires.

“We lost everything but our chickens. We only had time to put them in cages and put them in the back of our car, then we had to get out,” explained one woman.

“We got our dogs out, but that’s it,” added another guy.

The stories were heartbreaking. We doled out as many hugs as we did toothbrushes. Our goal was always to provide people with a few necessities to help them get their feet under them: a couple articles of clothing, toiletries, a blanket, a case of water, etc. I think our little surf crew accomplished this. Because there are so many people currently living out of their cars, it was important not to overload them, while still providing enough comfort and support to help them start moving forward. The need is massive and overwhelming as this disaster continues to unfold.

The Red Cross, FEMA, the National Guard, churches and other community relief groups are hard at work helping people affected by the fires, but surfers are also exceptionally well-suited for working in disaster zones. They’re resourceful, used to inserting themselves into different communities, typically stay cool under pressure, are rebellious enough to bend the rules to achieve their goals, and generally have a keen understanding of what basic necessities are the most vital. Going feral in Indonesia for a few weeks is good like that. I’ve never been more proud to be a surfer than I was this week.