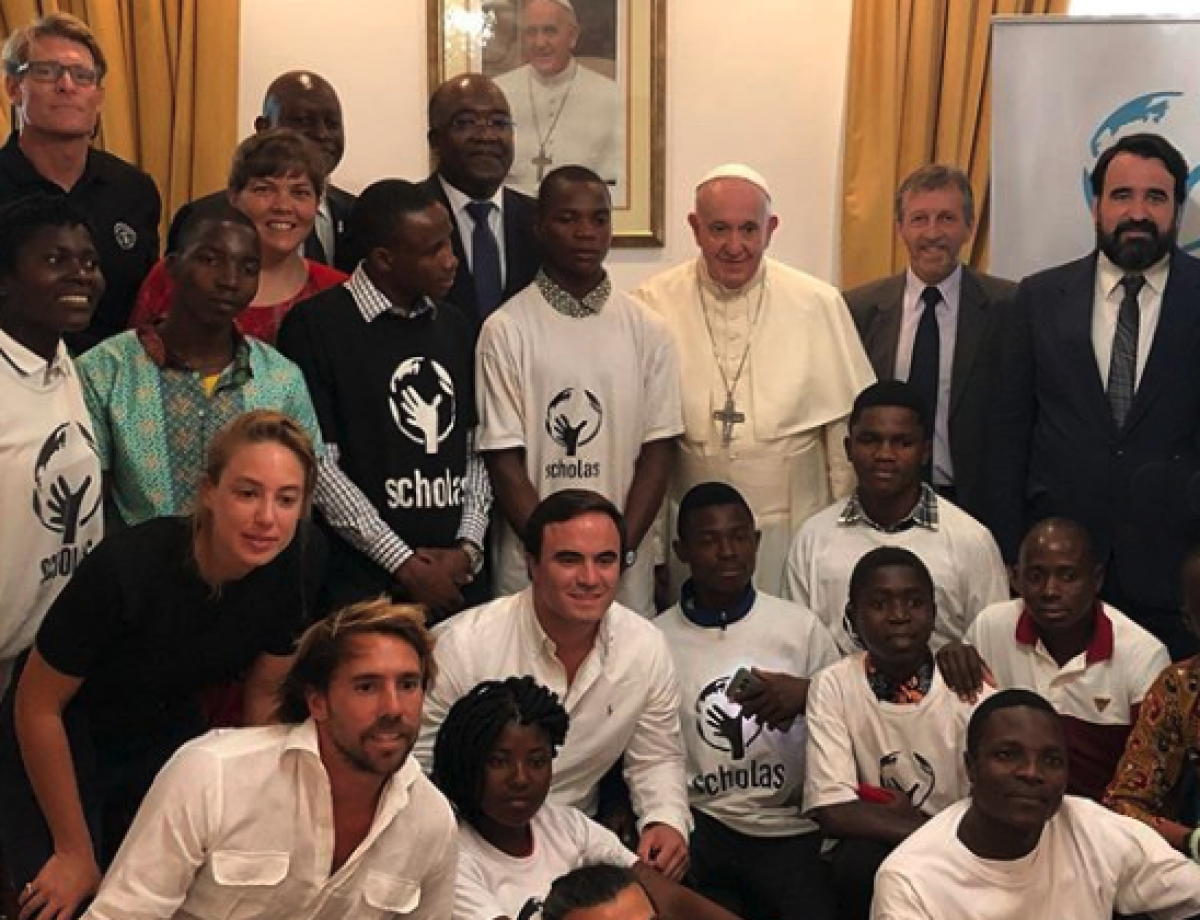 Surfing on a Higher Level

The story of a surf club in Mozambique, the Positive Vibe Warrior Foundation and the Pope

On Friday, Sept. 27, at Talega Golf Club, the Positive Vibe Warrior Foundation will host its annual charity golf tournament. Masterminded by San Clemente brothers Bryan and Bernie Wohlfarth, the event’s been sold out for months, and the list of supporting sponsors is a virtual Who’s Who of both local businesses and the global surf community.

More than just the annual Stoke-O-Rama surf contest—which is coming up at the end of October—the Positive Vibe Warriors, founded by local pro surfers Dane, Patrick and Tanner Gudauskas, are endeavoring to make the ocean a better place to surf through their signature surfboard drives, support for junior lifeguard programs and commitment to water safety initiatives.

And next week, when the turf from the tourney finally settles, friend of the Positive Vibe Warriors Tom Hewitt from Durban, South Africa, will be touching down in town. Plainly put, Hewitt’s the man. He founded and runs the group Surfers Not Street Children, which uses surfing as a way to mentor disenfranchised youth throughout Africa. The program has been wildly successful, and as previously reported here, was supported by the Positive Vibe Warriors’ “Can’t Steal Our Vibe” surfboard drive, which amassed more than 700 boards and delivered them to South Africa.

One of Hewitt’s new projects has been the launch of the Tofu Surf Club in Mozambique—and the Gudauskas brothers aren’t the only ones supporting the cause.

“Last week, the Pope was visiting Maputo in Mozambique, and we got the call-up! We took four people from Tofo Surf Club on a road trip,” Hewitt explained when we spoke a few weeks ago.

“The story is actually quite funny,” Hewitt said. “A few years back, when Kelly Slater broke his foot at J-Bay, we were due to host him in Durban. Plans changed, obviously, but Todd Glaser and Alek Parker came up to Durban to shoot with us for Kelly’s Continuance 2 edit. They actually gave us a heap of time in that edit, which was super generous.”

“A while later, I got a call from a guy named Matias Anton, a surfer from Argentina. He worked for an organization called Scholas Occurrentes and had seen the edit. He was keen to explore a partnership between Scholas and Surfers Not Street Children. What I did not get at the time was that Pope Francis had started that organization before he was Pope and was still the figurehead.”

From a phone call out of the blue, Hewitt and Anton continued to communicate and develop the relationship between the Pope’s group and Surfers Not Street Children.

“At the time, we were looking to open our project called Tofo Surf Club in Tofo, Mozambique. So, we decided to do the program together. Only when Matias asked me to come to Rome to brief the Holy Father did it occur to me just how involved the Pope would be,” Hewitt said. “Or just how stoked he was with the idea of surfing as a vehicle of positive change.”

The Pope and Scholas signed an agreement with Hewitt, and the project officially started in May 2018. The Tofu Surf Club was launched and is flourishing today. The challenges are somewhat different than what Surfers Not Street Children faces in places like Durban, but the mission is the same.

“Like Durban, it’s a fusion of surfing and mentorship. Although the kids in Tofo are not street kids, they do live with a set of real challenges that we are able to help them address,” Hewitt explained. “The kids are frothing, and the program is having real impact.”

All of this led to the recent meeting with the Holy See.

“It was such a rad event, and Pope Francis is awesome,” Hewitt said. “Big heart for the poor, but also seems to love the idea of surfing! So, we’re stoked to keep this awesome partnership with Scholas Occurrentes going and develop the program for the kids of Tofo, Mozambique. . . . Who’d have thought the Pope would be so pumped on surfing?”

It’s pretty remarkable to think that a group of local surfers from San Clemente has helped play a role, however big or small, in not just sharing surfing with those less fortunate and empowering a new generation, but that the impact of their actions could reach all the way to the Vatican.

And when everyone tees off on Friday at Talega Golf Club, of course, good times will be had by all, but like a good swell, the ripple effect from passing the positivity will extend around the world.