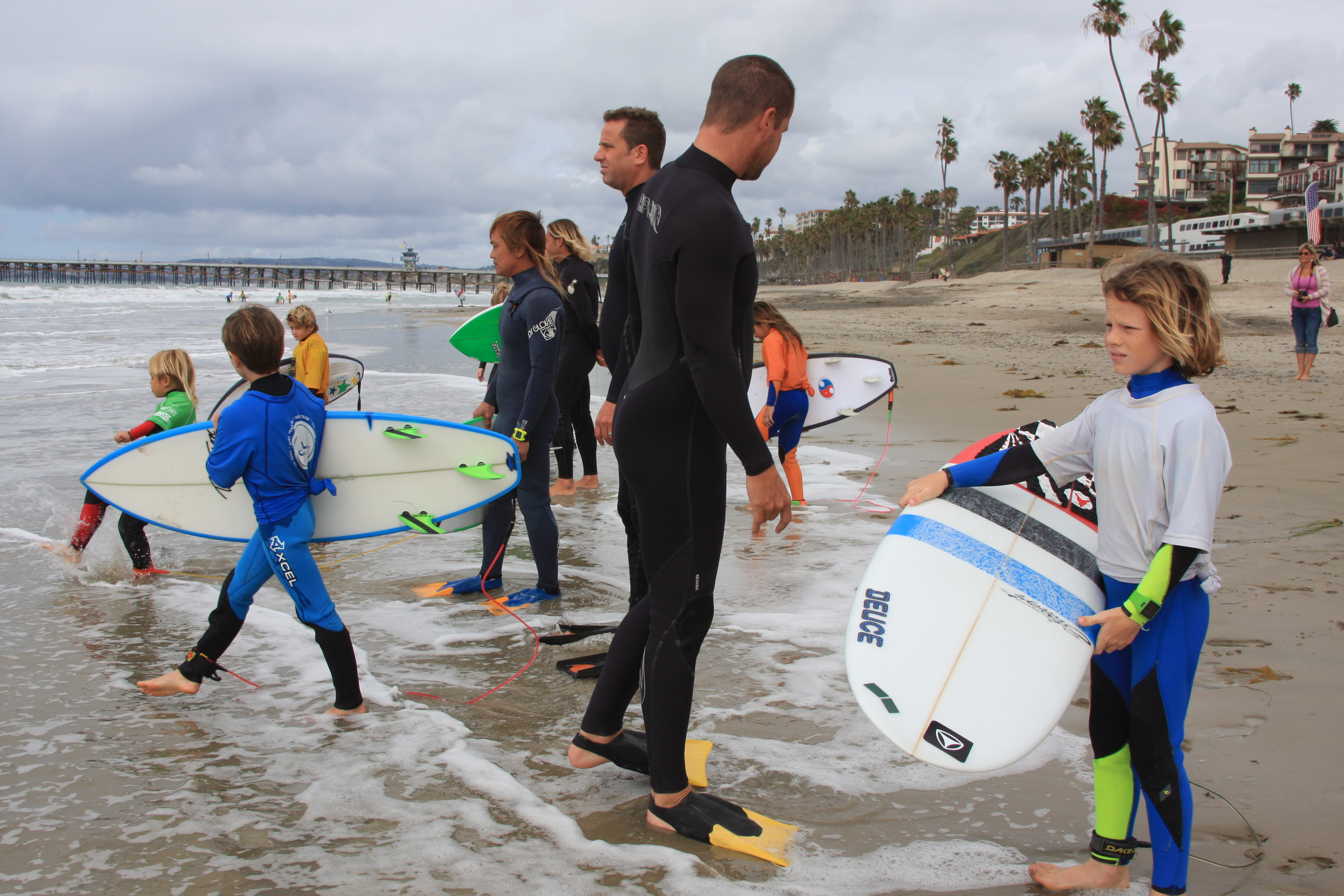 The Soul Surf competition went on as planned, Saturday, Feb. 28, despite weather forecasts predicting heavy rain and thunderstorms. The weather at T Street in San Clemente was cool and the wind swell produced sporadic peaks in the 1- to 2-foot range. Conditions were challenging for the 150 competitors of all ages, but with peaks popping up washing machine-style, judges were pleased at the way it prevented the “group effect,” among younger competitors, helping them to spread out in the lineup.

“It really separated kids who were looking for the opportunity to maximize their wave use by getting to their feet and right away doing a big turn and then sticking with it for a big finish,” said Brandon Phillips, Soul Surf general and team manager.

Phillips, a recent addition to the Soul Surf team, having joined owners Chris and Karen Williams’ company six months ago, said he stepped away from his retail marketing and snowboard team management role at Etnies due to a desire to get more involved with the community and to coach surfing. In addition to his team coaching duties, Phillips is charged with helping to grow the Soul Surf private label brand of goods and the competition series, along with shaping the team boards.

The Soul Surf Series puts on eight to nine events per season with divisions for age groups from under 7 through seniors, including shortboard, longboard and fish competition.

“It’s a great platform for young kids to get introduced to the competition world of surfing,” Phillips said. “And the more advanced kids also show up to get in more contest practice.”

The Williams have designed the series to be family events.

“We really try to focus on a family day at the beach,” Phillips said. “Today we have Syck Trix doing demos of their skateboarding practice boards, a kendama contest and other games. We tell people, ‘If you lose your heat, don’t leave just yet, there’s always something going on.’”

The Williams started Soul Surf in 2003 as a mom and pop operation, teaching surf lessons out of Laguna Beach. Since then it has grown into the full competition series and a retail store in Laguna on Pacific Coast Highway, as well as a program benefitting Camp Pendleton-based military families.

“Proceeds from our surf camps and the series go toward providing free surf camps, clubs and competitions at Church Beach for military families,” Karen Williams said. “We wanted to start something family-friendly, to give youth a platform to start a little bit younger. All of our programs are geared toward helping kids get to the next level in their surfing and also having a great lifestyle and a thankful attitude for everything they have been given in this life.”

Having been involved for years helping out at John Lindsley’s Christian Surfing Federation series—which came into existence when Christian Surfers Unites States opted to discontinue their contests—Lindsley invited the Williams to take it on full-time about three seasons ago. Lindsley has remained involved with putting on the events.

Since the Williams’ took over, the response from the community has been positive, contest entries have doubled and the company’s military sponsorship program has thrived, Williams said.

“We started off when we were asked to help out with a few family events for Camp Pendleton surfers and just really got a heart for the families and kids,” Williams said. “We were happy to be able to have a positive impact on the children’s lives, with many of their dads being deployed. It started small and has grown to where we now have 65 military families participating.”

Surfing is a real family affair for the Williams. They have four sons, Zach, 21, George, 12, Burke, 11 and Parker, 8. The two older boys compete and the other two enjoy getting out in the water but clearly prefer soul surfing.

“We do everything together, work, school, live,” Williams said. “Surfing, and sharing it with others, is a huge part of our lives.”

Scroll down past results for a photo slideshow.