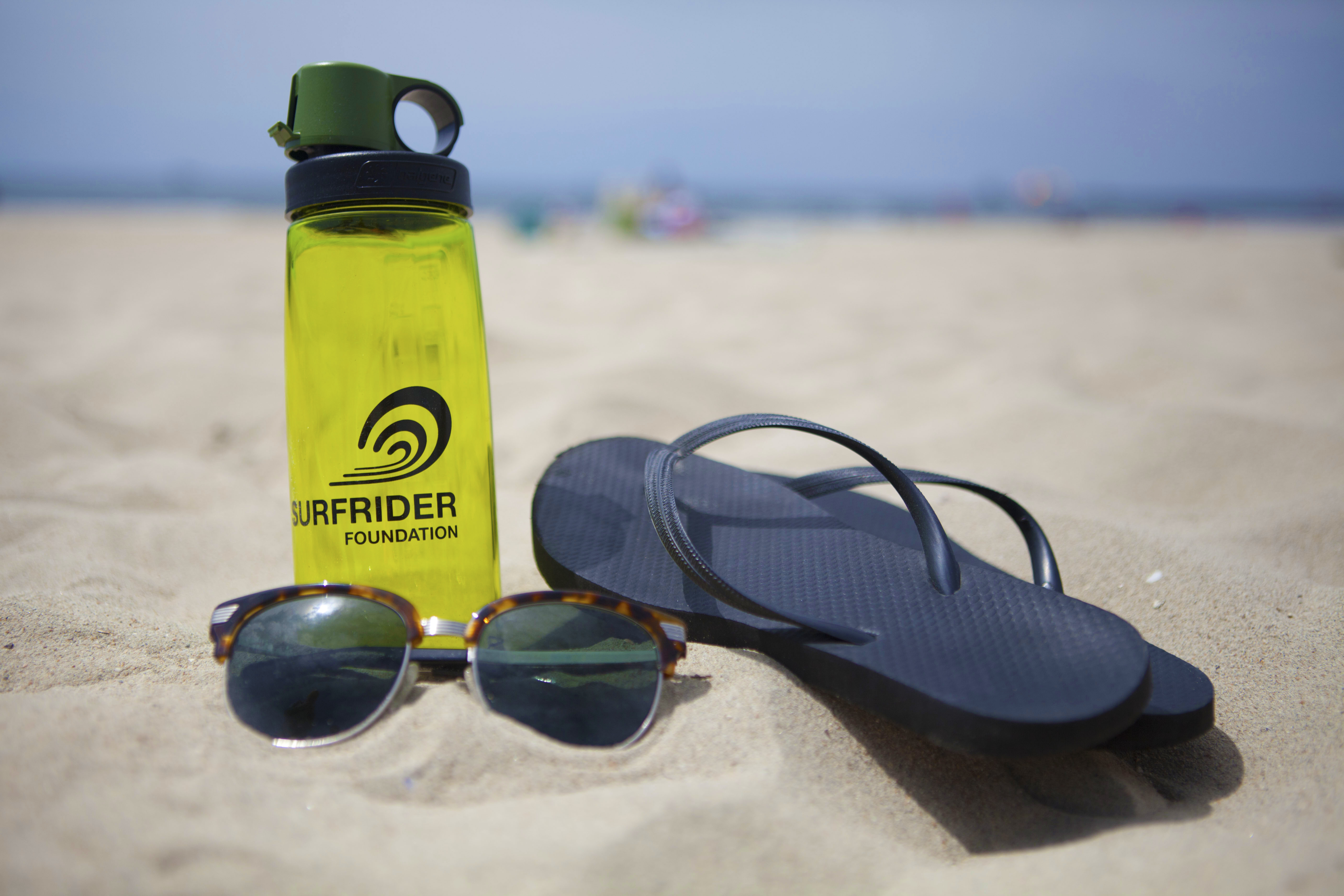 A desire to protect coastal environments for all to enjoy, the original inspiration for the creation of the Surfrider Foundation, is as strong among members today as it was in the beginning. And in its decades-long life, creating one of the most powerful environmental networks on the planet, the organization has proven that grassroots efforts can have global reach.

The organization got its start when a small group of surfers united in 1984 in an effort to prevent threats to the environment and public health at Malibu Beach’s iconic First Point surf break caused by increasing coastal development. Since then, Surfrider’s mission has stayed true.

The San Clemente-based nonprofit, which aims to protect the world’s oceans and coastlines through education, outreach and activism, marked its 30-year anniversary on Aug. 22.

The global headquarters, which relocated from Huntington Beach to San Clemente in 1992, now employs about 46 people, including environmental scientists, a legal department and organizational and chapter support staff.

Now the largest coastal grassroots organization in the world, it has grown to include an estimated 250,000 supporters, activists and members.

Through its 84 chapters, including 30 high school and college clubs, the organization is currently active on 90 campaigns in the U.S. and since 2006 has counted 271 victories while on their mission.

“The Surfrider culture is made up of a collection of rare individuals who are willing to put themselves in a personally vulnerable position for an idea that is larger than themselves,” Jim Moriarty, Surfrider Foundation’s CEO said. “We continue to do what we’ve done all along but have transformed into a network of environmentalists, united through the use of modern tools.”

Moriarty referred to the activist network as a group joined in their refusal to believe that pollution is the price we must pay for progress, beaches may be bought and blocked off from the public or that one person’s efforts will not make a difference.

Communication is the key, Moriarty said, and the ability to target messages directly to the local communities being affected by the issues Surfrider takes on, is central to its success.

“Even in the last five years, we have come a long way in developing this ability. With our system of chapters, messages need not be designed to apply to everyone,” he said. “Issues like offshore drilling, for example, are looked at very differently by people in Texas than people here in California. For this reason we have made communication more effective, almost targeted to the individual. We can now talk directly to people in California about things important to Californians.”

The application of modern tools, such as social media, has had a significant impact on attracting new volunteer activists worldwide, Moriarty said.

That power to inspire participation was seen locally in the Save Trestles campaign, when in 2008, grassroots support brought more than 4,000 people to the California Coastal Commission hearing to stop construction of the Transportation Corridor Agency’s 241 Toll Road the organization believes would negatively impact the fragile watershed and sensitive habitat present near the Trestles surf break in San Onofre State Park.

“Using modern tools to push something to closure, such as the recent statewide bag ban is another example,” added Moriarty. “This ban is the first to be passed at a state level and our fights in individual cities played a large part in it.”

LEADERSHIP, CHANGES AND PREPARING FOR THE FUTURE

Moriarty, Surfrider’s sixth CEO, came to the organization in 2005 intending to stay in the position for five years, adhering to a belief that all nonprofit volunteer driven organizations need to reinvent themselves on a regular basis. Now, after nearly a decade as top executive, he has announced that he is ready to step down once a suitable replacement is found.

“I wanted to modernize the network and bring it up to speed for this day and age we live in and prepare for the age we’re entering,” he said. “What I wanted to achieve, I achieved, and I think it’s time for someone else to take the helm. That being said, I bleed Surfrider, so even though I will no longer be CEO, I’m not going anywhere.”

Preparing the foundation “for the age we’re entering” is something that the South Orange County Chapter Chairman Rick Erkeneff and his wife Denise Erkeneff have embraced wholeheartedly since the Dana Point, San Clemente and Laguna Beach chapters merged in 2006, forming what is now one of the strongest chapters in California and globally.

“Locally, the Trestles campaign was so powerful and meant so much to people, including a large contingent of area youth, that it helped inspire what has come to be known as our Quad Program—the formation of Surfrider clubs by high school and college students,” Rick said.

Rick pointed to the Quad Program as one of the South OC Chapter’s proudest moments and credited Denise with putting in the time and effort to get it started.

“We were increasingly seeing kids attending beach cleanups so we thought ‘why not empower the schools to create satellite chapters for students,’” he said.

Denise spent about a year crafting a plan, with the help of the global staff, to officially recognize high school and college clubs.

“We had some great successes early on with students like Madi Swayne, who in 2009 headed up the creation of the first chapter at San Clemente High School, Kirsty Hibbard who started it up at JSerra High and then at Dana Hills High School with Natalie Testa,” Denise said. “They really got things going on the student level and that helped us work with the schools to formally engage a faculty member who would sustain the clubs as student leaders graduated and moved on to college.”

One of the first Surfrider victories after Trestles, the 2010 polystyrene ban in San Clemente, illustrated the success of the Quad Program and helped Surfrider’s adult leadership feel positive about the future of the organization, Rick said.

“Under the leadership of Madi (Swayne) the San Clemente High School group turned their community service into action and, I believe, became central to making the ban happen,” Denise said. “She and her team put in many hours educating the public on the amount of Styrofoam polluting the environment. She designed a method to actually count the number of foam pieces collected during beach cleanups and with her presentation of data and facts to the city council, helped it pass unanimously.”

Igniting the spark of activism in local youth extended to the Erkeneff’s own family when daughter Lulu became a club leader at Dana Hills.

“As a team, the girls then went on to Sacramento to advocate for a plastic bag ban,” Denise said. “They’re all in college now, but when the statewide ban was announced last week, I made sure they knew they had a part in it and should be proud.”

Since the program’s creation, there are now 10 recognized clubs and two in the works in south Orange County, and students from all over the world are applying for charters at their schools via the Quad web portal, with clubs now numbering in the dozens.

“It has given kids, who wouldn’t otherwise have a platform, a direct plug in to a very powerful organization and provides a meaningful experience at a political level, locally,” Rick said. “And it’s working. The student clubs have been central in helping shape local policy.”

The future of the organization is in good hands, said Chad Nelsen, Surfrider’s environmental director.

“Love for and a desire to protect the beaches, ocean and waves is something our kids here are growing up with,” Nelsen said. “It doesn’t have to be taught.”

Legal Director Angela Howe agreed, adding that from the dedicated staff at headquarters to each and every volunteer, of all ages, that love inspires the thousands who in the last 30 years have been moved to become involved in the Surfrider mission.

“The volunteers, people who are working with us on their nights and weekends inspires me in my day-to-day work to give them the best support I can,” Howe said.

As the tides have changed, so have the many issues Surfrider chapters choose to fight, but one thing has endured—the willingness of people to get involved.

“When something happens anywhere in the world that threatens a coastal environment or the public’s access to it, there are people ready to respond,” Moriarty said. “Surfrider is, at its core, an active democracy, where people act on their beliefs, not for personal gain, but for the greater good.”