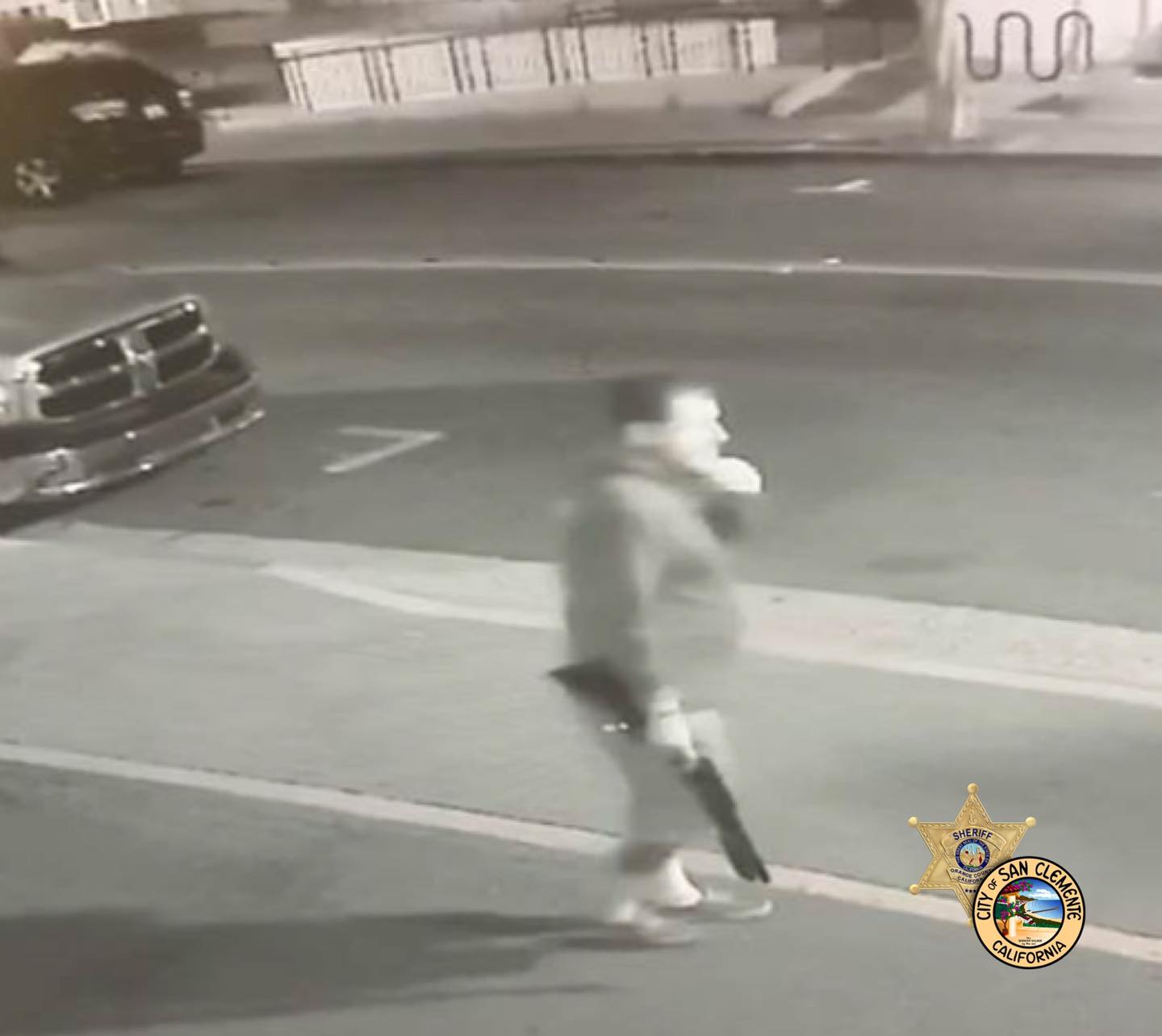 A San Clemente man who was recorded carrying an airsoft gun while confronting an individual on Avenida Del Mar earlier this month was arrested on multiple weapons and drug charges, according to the Orange County Sheriff’s Department.

Thirty-three-year-old Glen Hahn of San Clemente was arrested June 2 on suspicion of possessing a controlled substance with a firearm, stolen property and an illegal firearm, and also faces a felony charge for possession of a firearm, Sgt. Ryan Anderson, a public information officer for OCSD, said.

In social media posts from San Clemente Police Services on June 15, OCSD said a concerned citizen had submitted video footage that showed the man walking along the street in Downtown San Clemente at 4 a.m. carrying what was initially believed to be a sawed-off shotgun while confronting someone.

“San Clemente investigators were able to figure out who it was and, with the help of the South Directed Enforcement Team, conducted a search warrant on the subject’s home,” OCSD said in the posts.

According to authorities, the enforcement team found firearms including an AR-style pistol without a serial number and a revolver that was reportedly stolen in 1971 and handed down from a deceased grandfather.

Anderson explained in an email that “through the investigation, it was determined that the suspected firearm was an (airsoft) gun and not a sawed-off shotgun.”

At the home, police also found several types of drugs, including methamphetamine, cocaine, acid and marijuana, as well as various pills including Adderall and Valium, among others, according to OCSD.

The video footage, Anderson said, was taken from a local business. As of this posting, he was unable to provide additional details regarding the apparent confrontation.