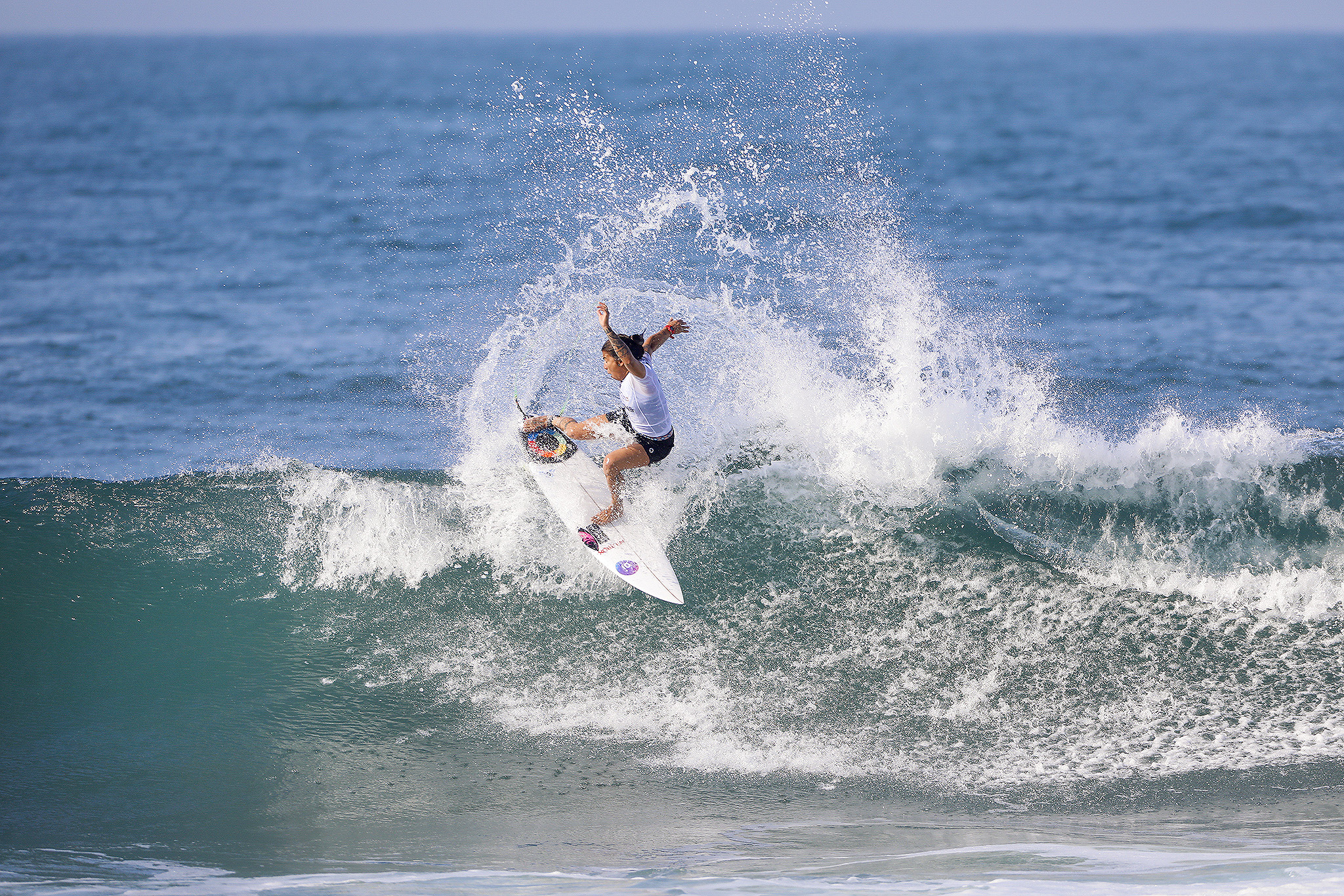 There would be no waiting around. On day one of the waiting period of the Swatch Pro at Lowers, the women took to the water. It’s been a couple of months since their last event, the U.S. Open, and perhaps nerves were a little twitchy, as upsets and big performances abounded.

The talk of the morning was Brazilian veteran Silvana Lima taking out three-time world champ Carissa Moore and six-time world champ Stephanie Gilmore. It doesn’t matter where in the world she is or what the situation, Lima always brings the passion and she dropped hammers on Moore and Gilmore.

“Oh my goodness, I saw my first surf heat was against Carissa and Steph and can’t believe I won this heat,” Lima told the World Surf League on the beach. “Could you believe that? My first heat win of the year against those two girls. It feels so good right now. I love surfing this wave. I just believed in myself and knew I just had to surf my best out there. Carissa is such a good surfer, and Steph has so much style with her power surfing, so I had to surf like myself and just keep going in that heat.”

The hits just kept on coming for the top seeds, as reigning world champ and WSL points leader Tyler Wright was relegated to Round 2 after a stinging loss to Aussie upstart Keely Andrew.

“I was pretty nervous going into the water; I just have so much respect for Tyler and she’s smoked me so many times, so to finally get a win is pretty great,” said Andrew afterward.

On the bright side, two California girls, Courtney Conlogue and Sage Erickson, blitzed through their heats and straight into Round 3. Both have ample experience at Lowers and should be favorites to go far.

“Pretty much, my mission this year has been finding empty waves,” said Conlogue. “I’ve just been surfing and doing a lot of yoga, which is great because it creates some structure and discipline to my routine.”

There’s not a ton of swell in the forecast, so expect contest organizers to maximize the waves they do have over the next week. The next call for the Swatch Pro and Hurley Pro will be at 8 a.m. on Thursday morning.