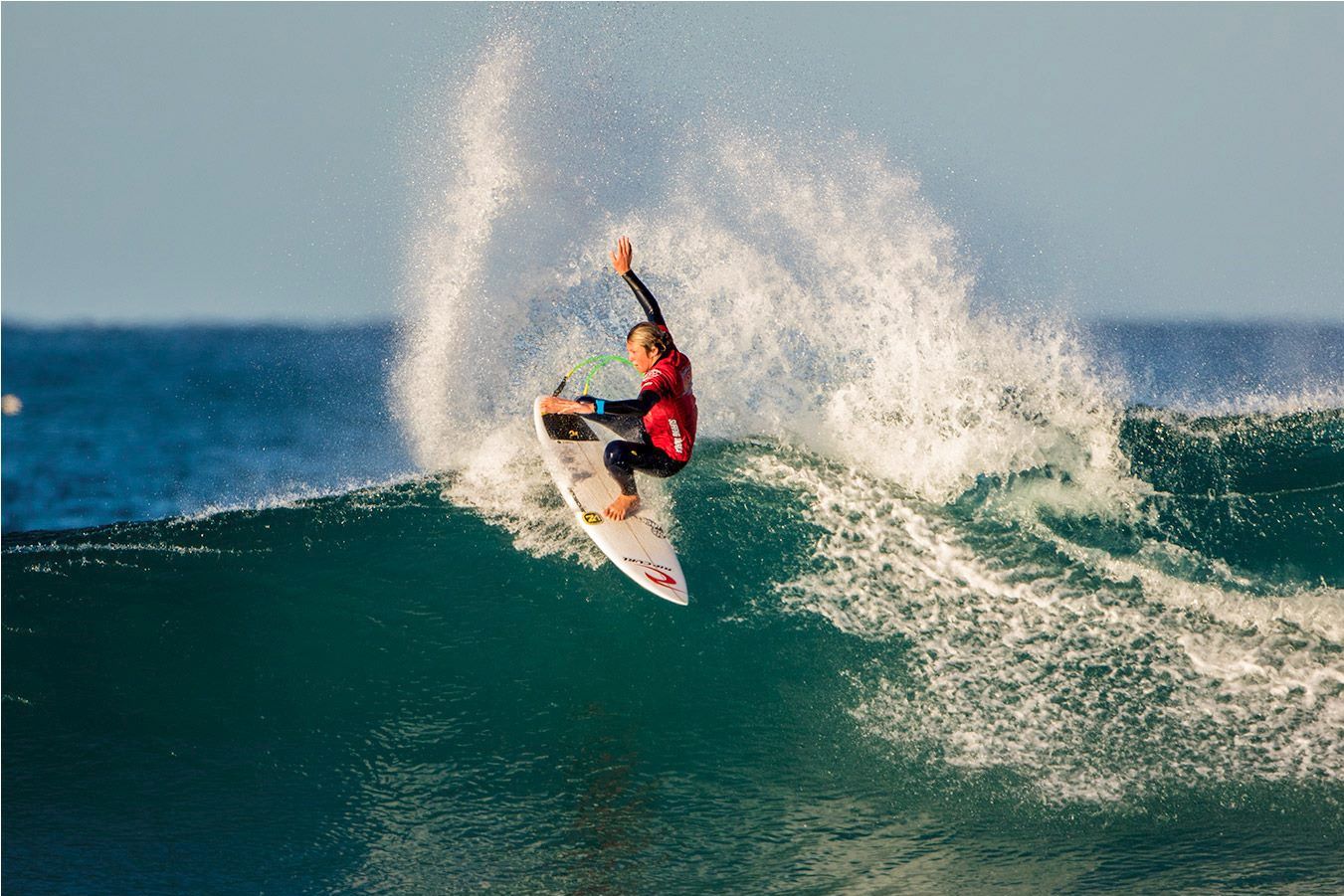 Running two areas can often be problematic, as having two distinct competition zones with consistently contestable waves is more of an anomaly than a guarantee. But much to the delight of event organizers and competitors, the combination of swell and surfing prowess combined to provide an action-packed, fun and challenging event.

Saturday’s swell and weather brought large waves in the 6- to 8-foot range, and occasional sets rising to about 10 feet, giving surfers plenty of opportunity to turn in high-level performances with ample lefts off of the point and long, barreling rights out front.

Event, No. 3 of the regular Prime season began on Dec. 12 alongside makeup heats for the Boys U18 and Girls U18 divisions postponed in October at Event No. 2 at Church Beach.

Local surfers claimed four of the eight trophies awarded in the Event No. 2 makeup heats. Kei Kobayashi of San Clemente came in third in the Boys U18 and in Girls U18, Bethany Zelasko of Dana Point was runner-up behind Tiare Thompson (La Jolla) and San Clemente surfers Samantha Sibley and Kirra Pinkerton took third and fourth, respectively.

Following the conclusion of the makeup event, surfers’ scores were added to the competitors’ records and heat draws were determined for Event No. 3, U18 competition on Sunday.

The swell subsided and cleaned up a bit overnight but continued to deliver excellent conditions for day two.

When all was said and done, local surfers claimed eight more trophies, winning in three of five divisions.

Event No. 4 of the six-event Surfing America Prime series is set for Jan. 9 and 10, at Steamer Lane in Santa Cruz.