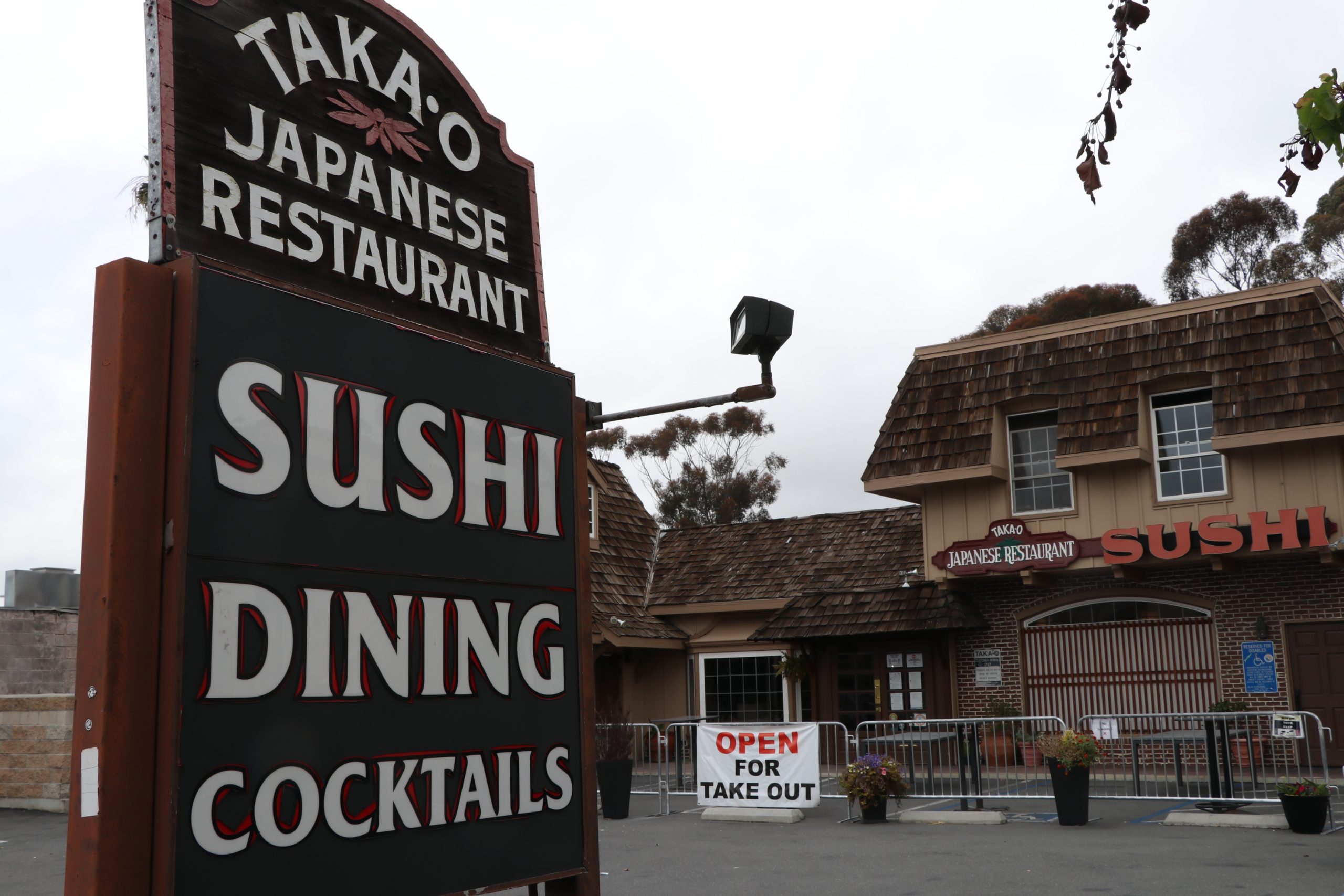 After 41 years in San Clemente, Taka-O Japanese Restaurant will be shutting its doors for good this weekend, as owners Kelly and Roger Sugano look forward to retiring and driving off into the sunset.

“We thought about it for some time, but we never knew we’d actually do it,” Kelly said of the abrupt decision to retire and officially close the restaurant this coming Sunday, March 28. She later added: “We finally took the leap.”

The couple made the announcement over social media on Wednesday, March 24, eliciting an outpouring of comments congratulating the Suganos on their retirement, recalling stories of time spent at the establishment and expressing sadness.

“It makes me feel choked up when I read those things … It was shocking; we knew we’d been around for a while, so it kind of breaks my heart that we’re leaving. It’s been overwhelming,” Kelly said, before touching on the in-person reactions at the restaurant. “It was crazy last night—half the time I’m crying, and half the time I’m laughing.”

“It’s bittersweet,” Roger said. “In a sushi bar, you communicate with your customers every time they come in, and so I’m saying goodbye to people I’ve known for a long time.”

Aside from the spate of well-wishers, Kelly said she and Roger have been getting numerous requests for their secret Tataki sauce that customers have very much enjoyed. Asked if they would ever give it up, Kelly said they’ll keep that one to themselves, in the event they might decide to market it in the future.

They stressed that the closure wasn’t prompted by the pandemic and the economic strain on local businesses it has caused. Rather, they said, with some semblance of normal life seemingly returning because of the vaccines, the timing felt right, and they were able to sell the space.

According to the Suganos, they sold the building to another restaurateur who will remodel it and open an Asian-fusion spot that will serve shabu-shabu, a Japanese hotpot dish, and yakiniku, a form of Japanese barbecue. They also said future customers should also expect there to be a speakeasy and whiskey bar upstairs.

“It’s more of a retirement and not going out of business, and we’re glad the building will be refreshed,” Kelly said. “It’s sad we’re not going to be there, but I feel good about what’s going to be here.”

Roger said that during the pandemic, he and Kelly had to work harder than they ever had before, constantly staying on their toes because of the various orders coming out of the governor’s office.

“Now we can actually do things. The pandemic was hard, because for me, personally, I had to work more; it was hard to keep employees when you’re open the next day, closed the next day, doing to-gos the next day,” he said, later adding: “It just seemed like the perfect time; everything fell into place, so it was time to retire.”

Forty-one years ago, Roger helped his mother, Kyoko Sugano, open the restaurant in San Clemente, where there hadn’t been a Japanese restaurant at the time. After several years, he explained, Kyoko was ready to move on, so she handed the reins over to Roger and Kelly.

During his tenure overseeing the restaurant, he’s seen multiple generations of families walk through the doors—including his own.

As they head into the restaurant’s final weekend, family members have begun filing into town to help out, as the Suganos have received a flurry of requests from customers asking for reservations.

“My phone is blowing up with people requesting to make reservations,” Kelly said. “We’re trying to squeeze everyone in that we can.”

After everything is said and done, the first thing on the couple’s to-do list during retirement is seeing family. Following that, Kelly said, they plan to hop in their van and travel across the country to see the U.S.

“We kind of always talked about that for years, traveling across the country,” she said. “We always wanted to drive from one end of the coast to the other. That’s kind of our goal eventually, to do that.”