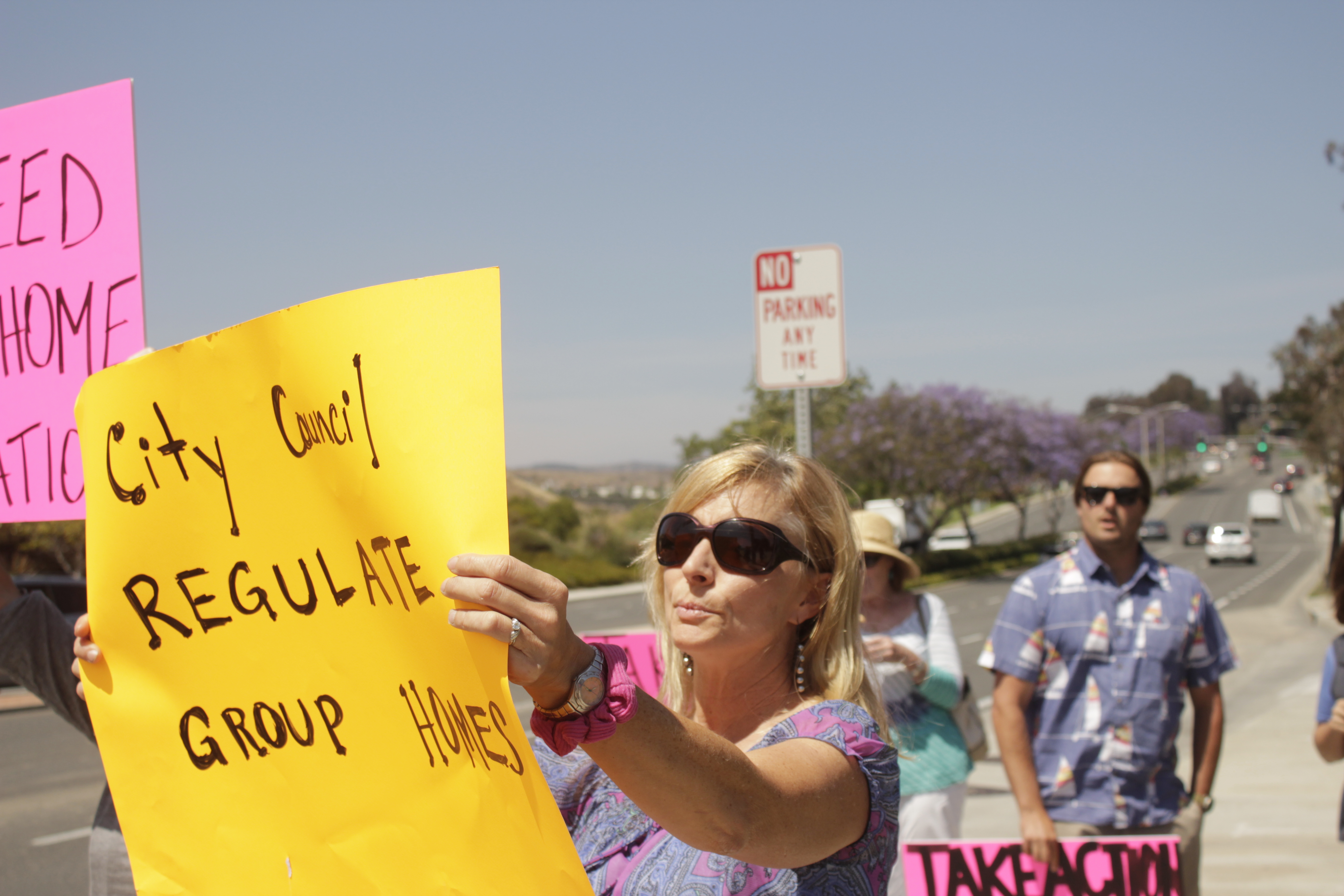 On May 28, a group of homeowners and stakeholders in San Clemente gathered at the corner of Avenida Pico and Avenida Presidio to gain awareness of their effort to have City Council pass an ordinance regarding “group homes.”

The group has collected more than 1,500 signatures for its petition, according to its website www.takeactionsanclemente.com, of its goal of 2,500.

These group homes have been defined by the organization Take Action San Clemente as residences that have multiple people who are living together who are not biologically related, some of which may be acting as sober-living homes, TASC members said.

There have been complaints of overt debris, such as cigarette butts strewn around the area, loud profanity, fights and constant 9-1-1 calls to the homes. Members claim in the last year the number of group homes has grown from 40 to 100 in San Clemente.

Bernie Wohlforth, one of the de facto leaders of the group, said this issue has been a problem for many southern and coastal California communities for some time.

“San Clemente has been dealing with this for two or three years, and in the last year it’s become an even greater issue,” Wohlforth said.

Wohlforth said in his neighborhood there are five group homes all within the same block of each other, but he said he doesn’t claim they’re sober-living homes. He said more reports of clustering of the homes come in constantly.

“We see the biggest issue as there’s no enforceable regulation,” he said. “We understand and value somebody who wants to get clean, get sober, get help…We support that.”

The group members said they don’t want to have anyone living in these homes unreasonably displaced, but they said they want regulation so the homes are not as clustered as they are now.

City council members can direct an item to be placed on the regular meeting agenda for consideration, and any citizen can request an item to be on the agenda, City Clerk Joanne Baade said.

Group members said because the city of Newport Beach sober-living home case that reached the California Supreme Court, they want to make sure the regulations are in compliance with state and federal law in order to enforce any law City Council could pass.

City staff members said people who have had issues within the city in regard to what they believe are code infractions can contact San Clemente’s Code Compliance Services at 949.366.4705 or visit www.san-clemente.org/department-services/code-services.