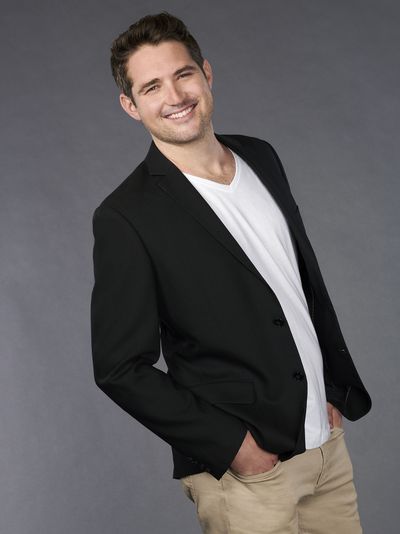 The road to The Bachelorette was not the most glamourous for Grant Eckel, but he definitely made the most out of it.

A lifelong San Clemente resident and San Clemente High School alumnus, Eckel, 31, was recruited for The Bachelorette five years ago at a bar with his friends in Orange County. A business card from an executive on the show proved to be anything but a scam, as he had initially thought. At the time, he was four months into a new job and felt it was not the best time to jump ship. Fast forward five years, and Eckel found himself in the midst of job layoffs and came back to that business card.

“I had nothing to lose and everything to gain,” Eckel said. With nothing in his way, he took the plunge into the world of reality television.

After a long interview process, he was selected as one of the 30 contestants for this season of The Bachelorette. Eckel left the Spanish village by the sea and headed to the East Coast. He bonded with most of the other contestants on the show and spent one-on-one time with this season’s love interest, Hannah Brown, “Miss Alabama” in 2018.

Eckel spent two months in the mansion with all of the other contestants until one of them was selected over him. When it came time for the rose ceremony, the rose was bestowed to Luke, and Eckel was sent packing. He said he felt flustered and disappointed, but he knew that the bigger the risk, the bigger the reward.

“I felt I put everything out there, and I just wasn’t what she was looking for,” Eckel said, reflecting on his time with Hannah.

The show started out with 30 bachelors. At the end of the first night, 22 remained. Before Eckel left, he was one of 12 bachelors remaining. He was sent home on the show that aired on June 17, leaving nine bachelors at the house.

Eckel said his time with Hannah was not unlike dating in real life. Though unorthodox, the setting of The Bachelorette really brings dating back to the traditional method of getting to know someone, face-to-face. There’s no app to hide behind, and there’s no time to dive into someone’s Instagram account or Facebook profile.

Eckel put his heart on the line and ultimately was left without a rose, but he doesn’t regret his time on The Bachelorette. Being on the show was a one-time experience for him, and he thanks his parents, family and friends for their support of his great journey.

Watch The Bachelorette on ABC Monday nights at 8 p.m.

Adoptable Pet of the Week: Owen