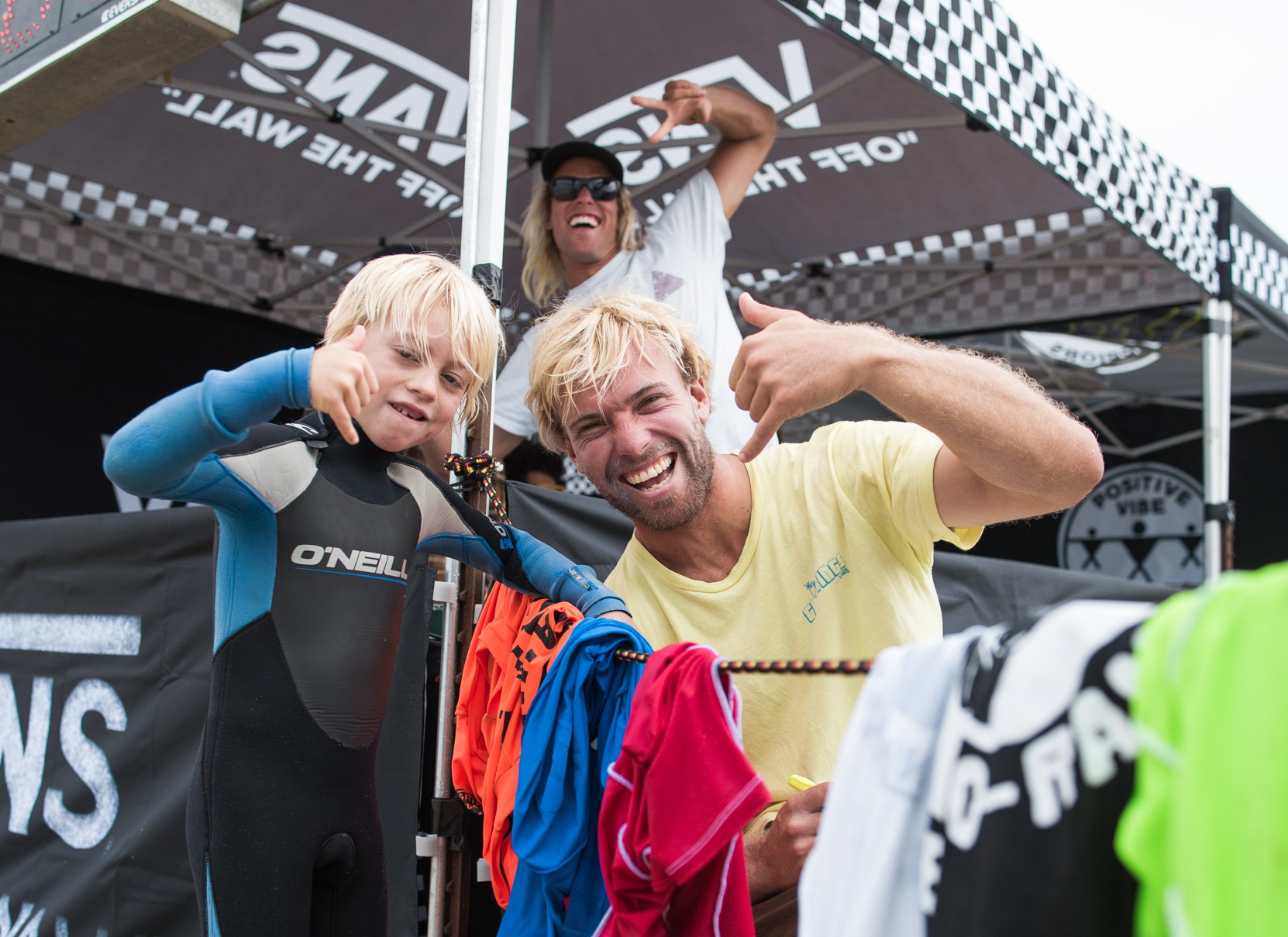 Looking for something to do during these slow quarantine days? Well, you can keep the stoke level elevated and get a lesson in surf history courtesy of Tanner Gudauskas.

The San Clemente shredder has launched a website called The Paradise Awareness Outreach and a YouTube channel called Vibe Up.

Tanner is not only streaming some of the most classic surf movies of all time, he’s also having live chats with some of the stars. From world champ Mick Fanning to high-flyer Dane Reynolds—and a whole crew of famous characters in between—his interviews are candid, insightful and highly entertaining.

“My brothers, Pat and Dane, and I have been talking about launching something like this just to keep the vibes up and the stoke levels high,” Tanner said, when we caught up last week. “We’re going to be launching a bigger version of it later this spring or summer, but with everything going on right now, I figured we could fire some people up right now.”

With his “pirate radio,” Tanner’s quickly learned the technical aspects of how to make a production like this work. Armed with a small, 14-inch TV with a built-in VCR and some other basic components, the learning curve has been steep, yet satisfying.

“In a technicality sense, I’m at a level white belt,” Tanner said. “I called a friend who had helped do all the Triple Crown broadcasts, and he’s working with Vans and lives in town. Really cool guy; we’re good friends. He had an encoder at his house.

“He walked me through how to set it up. In my room, I have an ethernet cable to the Internet, an encoder that hits to YouTube live and my phone, and somehow they all sync and I can push it live.”

So far, Tanner’s streamed classics such as Searching For Tom Curren and Raw Irons, and he has a lot more classics on his list. He’s kicking off his live streams around noon every weekday. As noted, he spends some time chatting with his favorite surfers before rolling into the film of the day. This week, he’s catching up with world champs Tom Carroll and Lisa Andersen, filmmaker and adventurer Chris Malloy, and outspoken icon Bobby Martinez.

And when the production’s wrapped, Tanner’s been grinding on the yardwork to keep his mind clear and his body tuned.

“I’ve been chainsawing a lot. I have a bunch of trees that are overgrown,” he says. “I’ve also been weed whacking a whole bunch. So, I have a lot of yardwork to do, and that’s cool, because I just basically plug into that two hours every day, and at the end of the day, I feel good. Dude, you’d be surprised, like if you’re literally hiking like 40-pound pieces of plant up a hill, it’s a pretty good workout.”

His other current form of physical training? Dancing. He and his fianceé, Shelby, have been moving and grooving in the evenings to keep things light and fun.

“We have been turning up the music loud and dancing, which is funny. It seems just like a normal, fun, uplifting activity. But you do get a psycho workout on that one, too,” says Tanner. “Last time I surfed was at Cotton’s Point with Dane-O. He was on a Skip Frye. I was on a twin-pin. It’s been awhile. It feels like a ton of time now.”

In terms of how Tanner’s handling these slow days while he’s stuck at home and chasing swells has been temporarily put on hold, he’s taking it all in stride, making the most of the slow days like the rest of us.

“I’ve been having actually really nice days just hanging with Shelby and the dogs,” he says. “It’s just a rollercoaster ride, and I hope that we get through it sooner than later.”