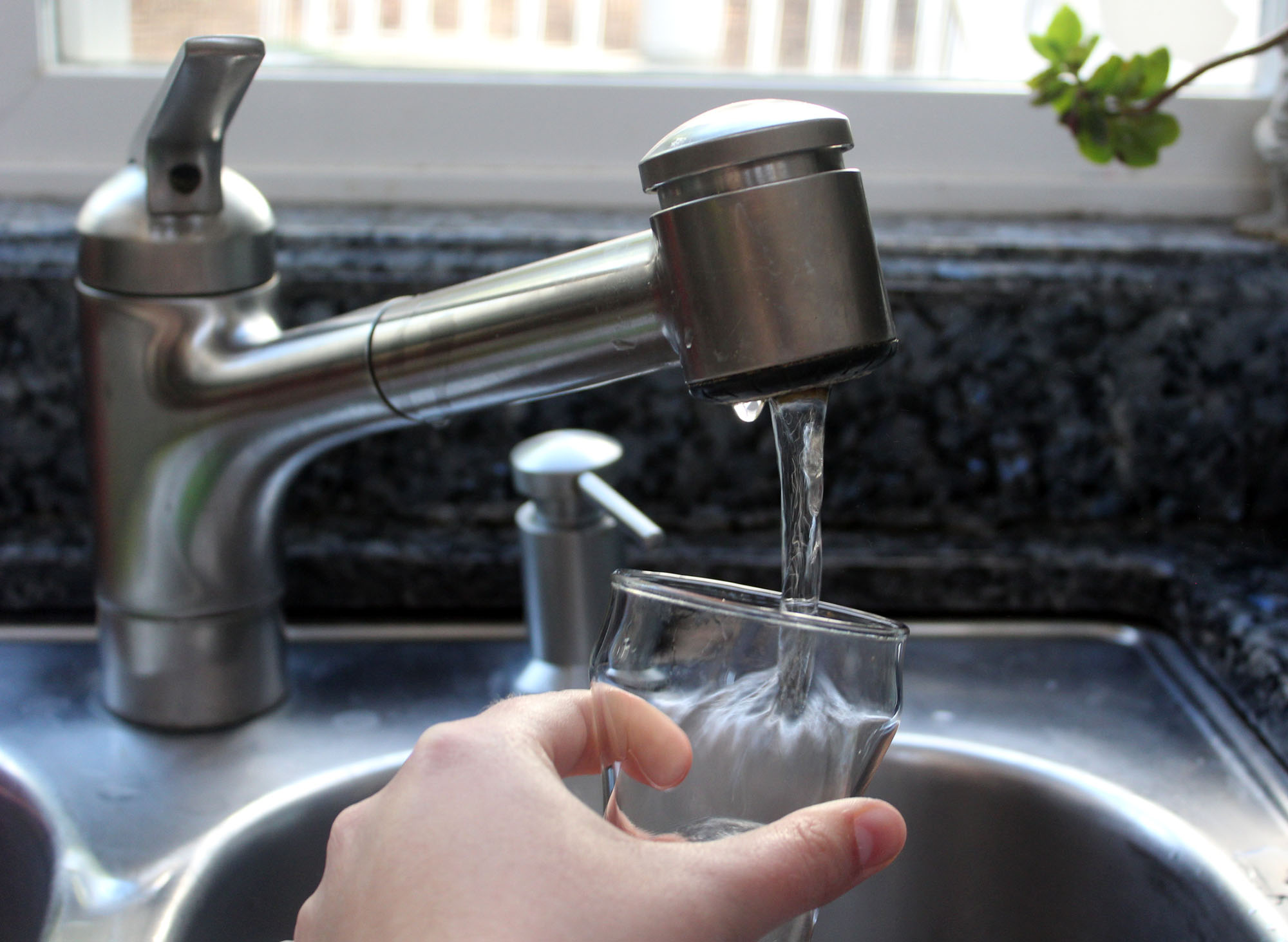 While the progress of the Doheny Ocean Desalination Project appears to now be gaining steam, South Coast Water District staff members are aware of the process’ tediousness.

The project, which would construct a facility on SCWD-owned property near San Juan Creek to draw water through the ocean, remove all the salt, and distribute clean drinking water throughout the district and partnering entities, has been in the works for more than 15 years.

Rick Erkeneff, president of the SCWD Board of Directors, said on March 3 that the temperament of the board and staff is “full steam ahead,” and that the project is always at the top of their list of yearly strategic planning priorities.

As the district is in the midst of a lengthy permitting process, SCWD officials have begun meeting with local legislators and officials, including San Clemente councilmembers, to gauge support and discuss the early stages of potential partnerships.

Having support from other regional entities is “crucial,” Erkeneff said, as it implies that the district will not be alone in the process for much longer. He added that it would make logical sense to partner with San Clemente, which largely relies on imported water coming from North Orange County for much of its supply.

All but one of the councilmembers have met individually with SCWD to learn about the research the district had completed, in terms of an environmental and financial analysis.

Knowing SCWD was looking to join another entity to build the plant and believing that San Clemente could one day use the potential water source, Councilmember Steven Knoblock has advocated for taking the initial steps toward such a collaboration.

At the council’s last meeting on March 1, Knoblock proposed an invitation for district representatives to present the project to the elected officials and the public, and agendized a staff report on the matter.

Knoblock recently wrote in a column for the San Clemente Times about the state of the city’s water supply, and made the case for partnering with SCWD to share the cost and the benefits of the project.

Speaking with SC Times on Friday, March 4, Knoblock said the project should be a priority for the city, as a safe and reliable water source is the “No. 1 function of government” besides public safety.

“I thought it’d be important for the district to come and make a presentation for the benefit of our community, not just our councilmembers, so that our local community would begin to see what’s involved in a project like this,” Knoblock said.

SCWD has featured the components of the facility that would appease environmentalists’ concerns, such as slant wells built at around a 10- to 12-degree angle that go down about 1,000 feet, according to Rick Shintaku, the district’s general manager.

The wells would draw up water at a slow velocity in a manner that would not negatively affect marine life.

Additionally, as the plant’s membranes would separate the clean water from the remaining salty wastewater, the wastewater would be directed through an outfall two miles into the ocean to “co-mingle” with the other waste substances produced by the nearby JB Latham Treatment Plant.

Ray Hiemstra, associate director of programs for Orange County Coastkeeper,  a nonprofit clean water organization, said the project has support from Coastkeeper and other groups, because it complies with desalination plant requirements listed by the California Ocean Plan.

“This particular plant follows not only the spirit, but the letter of that (plan), all the way through,” Hiemstra said. “That’s why we don’t oppose this one … because it meets all of the goals that the state requires for a desalination plant without trying to game the system.”

He added that the project’s mixing of brine discharge, from the desalination process, with other wastewater minimizes the environmental damage done. Even so, at this point in time, no facility will be able to avoid high greenhouse gas emissions because of the sheer energy need, according to Hiemstra.

The pipelines that deliver water from the Metropolitan Water District of Southern California to South Orange County, the SCWD, and into San Clemente intersect with the property where the desalination facility would be located. This saves the district and the city from having to build additional infrastructure, according to the district.

SCWD’s current plant, near San Juan Creek, produces approximately 10% of the water supplied to the area that generally consists of a small portion of San Clemente.

With the new structure that could provide up to five million gallons per day (MGD), the district and San Clemente could split the water relatively equally, as Erkeneff said SCWD uses around 2.2 MGD. The remaining supply could be distributed to other agencies, such as the Metropolitan district.

Erkeneff said that now is an important time to meet with regional officials, because in previous years, when SCWD did not have permits and thus had no project, it made no sense to try and bring other partners onboard. For the next six to nine months, the district is ratcheting up the pace.

“We have a large permit hearing coming up next week, so that’s why there’s been a push to garner support from cities and other local elected officials’ offices,” he said.

The district will meet with the San Diego Regional Water Quality Control Board to discuss topics such as mitigation of the project’s environmental costs that will be baked into the permit.

Every project within California’s coastal zone, governed by the Coastal Advisory Commission, is required to include actions that will give back to the local community to reconcile any potential damage done to environmentally sensitive habitats or similar areas.

Erkeneff mentioned putting money toward an enhanced pedestrian bike trail system, with connectivity between cities, as an option.

Support-wise, Rep. Mike Levin has secured about $20 million in federal funding for the project, such as the $8.3 million grant from the Water Improvement Infrastructure for the Nation Act, and pushed for other funding to come to SCWD.

Lisa Bartlett, Orange County Board supervisor of the Fifth District, has also expressed support for the plant that would provide a “reliable” source of water and remain sensitive to marine life.

“We need to become more self-sufficient and independent in terms of our water supply in order to create a safe and reliable water source for the future,” Bartlett said in a statement to SC Times.

The district has also secured more than $30 million in combined state and federal funding for the near-$120 million project cost, per a SCWD Board of Directors meeting in October 2019.

For ratepayers, the project is expected come with increased water bills. However, Erkeneff and Shintaku pointed out that when district residents were surveyed about the plant in June 2020, SCWD found a high “appetite for water.”

FM3 Research conducted a survey of a random sample of 413 residents within the district. Of those who had somewhat heard about the facility previously, 64% favored the project, and 74% of the total respondents favored the projects after hearing a brief description.

The estimated increase of a water bill for SCWD residents ranged from $2.38 to $2.50, and the majority of those surveyed said they would also be willing to pay upward of $15 per month to build the project itself.

“If we build this larger, 5-MGD project, our residents get a significant benefit from that and so would, theoretically, the San Clemente residents,” Shintaku said. “Instead of building a small project that just serves our service area, if we partnered up with a neighbor, there’s significant savings.”

He also cautioned that there would be several variables that would go into determining rates for San Clemente citizens.

Knoblock said the importance of having a nearby desalination plant independent of the Metropolitan Water District, which takes water from the Colorado River, lies in the area’s vulnerability if the Metropolitan’s pipelines are ever disrupted by drought, or by a manmade or natural disaster, including seismic events.

Knoblock added that San Clemente is in a favorable position to be located near quintillions of gallons of water “right at our doorstep,” which allows them the ability to produce “unlimited” fresh drinking water to the city and its neighbors.

“Why not take advantage of it?” he asked. “Not only that, it’s one of the most environmentally sound methods of providing water available.”

Erkeneff echoed Knoblock’s sentiments about the Colorado River’s poor state of available water supply and a risk of drought.

“That’s why this project is getting even more steam behind it again, from a regional point of view,” Erkeneff said.

According to the SCWD website, its goal is to obtain all state and federal permits in 2022.